Editorial: No Greek odyssey back to Ithaca 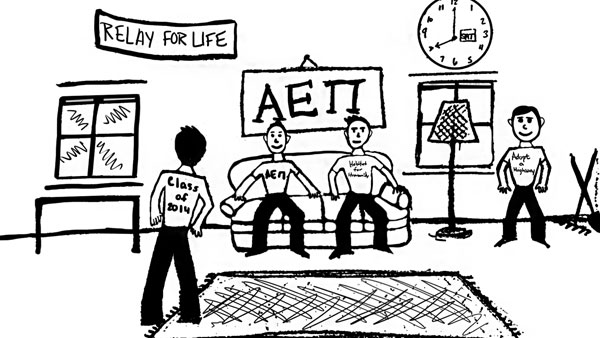 As stereotypical depictions of college Greek life make headlines in national and local media, Ithaca College may be smart in remaining unaffiliated with the fraternities and sororities operating on its campus.

The college instituted a ban on campus Greek life in 1980, following the death of a fraternity pledge who was hazed. Despite this ban, a number of students on campus have joined unaffiliated organizations, such as Alpha Epsilon Pi or Gamma Delta Pi. While the college knows about the Greek life, it keeps its distance from the groups.

Countless incidents at Cornell, including two alleged sexual assaults at the Phi Gamma Delta chapter since October, have led to the closing of two Cornell fraternities. While these reports have cast a negative light on Cornell, Ithaca College’s image remains untainted.

For the unaffiliated organizations, they have the freedom of hosting their own events that advance their specific vision without having to abide by the college’s rules or institutional values.

Regardless of whether or not unaffiliated fraternities or sororities on campus engage in similar party activities that have led to bad situations at Cornell, stereotypical Greek life is at odds with the core mission of the college itself, which does not tolerate mistreatment of fellow students.

If affiliation re-entered the conversation, both the college and these groups could come under extreme scrutiny for bad behavior and risk sanctions from their respective national organizations. Moreover, Greek life would attract an entirely new demographic of prospective students, which may present a new set of identity challenges for the college. Both parties may have more to lose than to gain from affiliation.