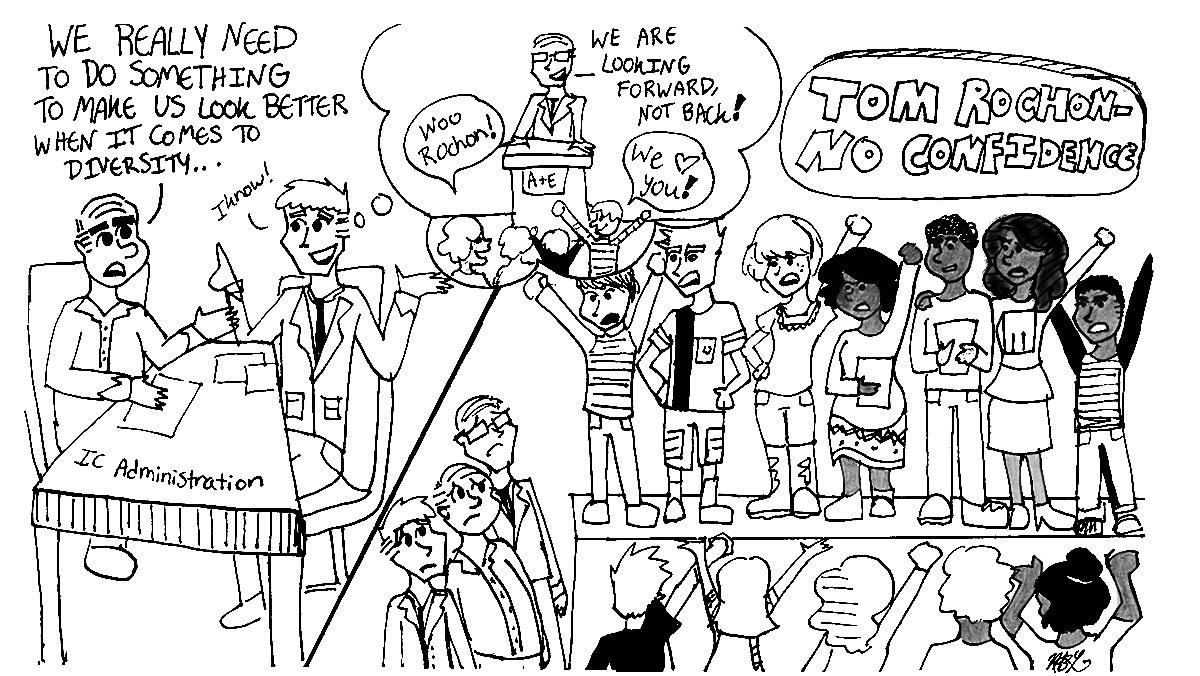 Comic by Allison Latini
By The Ithacan
Published: October 29, 2015

Though much of the administration does genuinely care about addressing racism and cultural bias on campus in an effective manner, the event, in the end, looked more like a public relations effort by the college than a productive gathering. But the administration wanted to — needed to — make it appear as though real progress were being made. Though they did present some plans and ideas, none were concrete enough to solve the issues at hand with the immediacy they deserve, and the result was hours of fruitless discussion.

Some attendees may not have anticipated this, but POC at IC certainly did. The members were not interested in what the administration had to say, so instead of allowing the college to continue to silence their narratives and propose non-solutions, they took advantage of the fact that the largest audience they’ve ever had was sitting right in front of them. They claimed the stage and said something far more profound than the shell of a plan the administration had put together.

If before this event there were members of the campus community who did not know who POC at IC was or what its members stand for, they probably know following the events of Oct. 27. The group turned what was going to be an unproductive public relations event into something of value through carefully considered and planned statements as well an announcement of future meetings to discuss campus demands regarding racism and cultural bias at the college. POC at IC should be commended for taking a meeting that only would have made it seem like the college was moving forward and turned it into a meeting that actually moved the college forward.