Editorial: Public Safety must work to improve its reputation 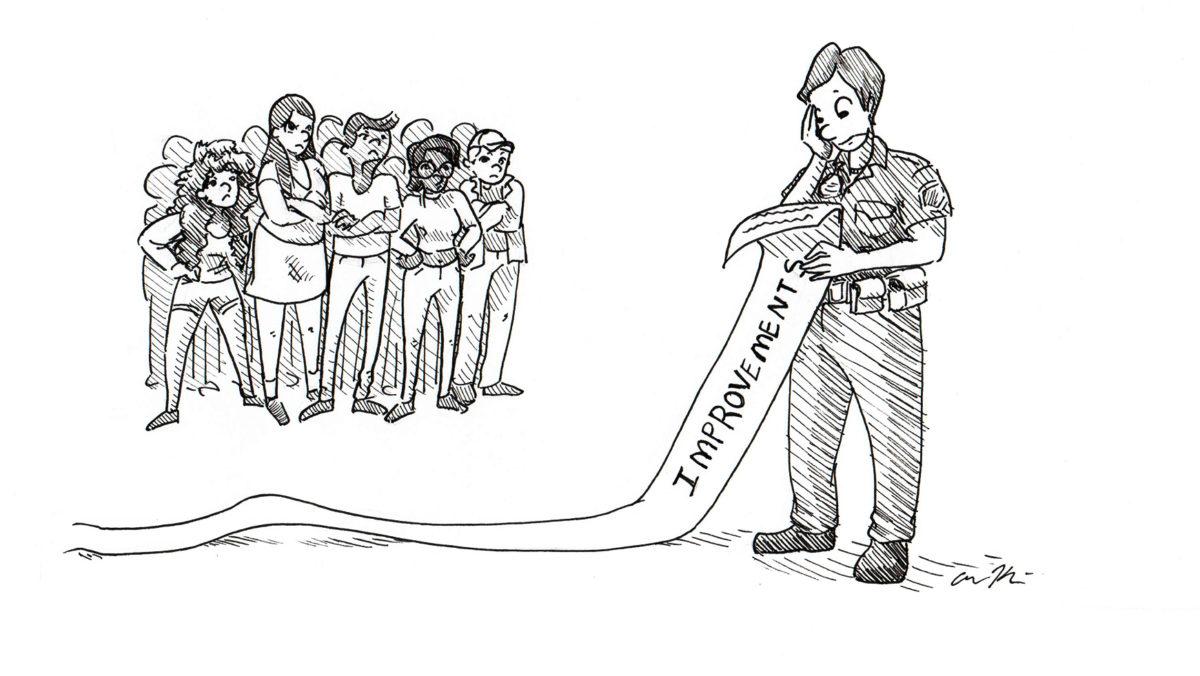 An external assessment of the Ithaca College Office of Public Safety and Emergency Management conducted in November 2016 by Margolis Healy found that the office’s reputation on campus is “deeply tarnished.”

This isn’t necessarily surprising. Public Safety has had a strained relationship with the campus community over the past few years, particularly with students of color. Public Safety officers made racially charged comments at RA training sessions in August 2015, and a handful of students came forward during the Fall 2015 semester with stories of being racially profiled by officers. Public Safety is on campus to provide faculty, staff and students with a sense of stability and security, and they have obviously failed to do so.

It’s encouraging that Public Safety has already started addressing some of the issues raised in the report, such as providing cultural competency training and implementing a body-camera program. But while the study provides a snapshot of how the college campus was feeling in Fall 2016 and Public Safety has taken steps in the right direction, there’s no way to quantify whether or not the situation has truly improved.

It’s also encouraging that the college released and addressed this report publicly. The college community will benefit from knowing the report’s findings and recommendations and will be able to hold Public Safety accountable to ensure they follow through on promised improvements. Public Safety must continue to act to address these recommendations and should prioritize developing a strategic plan to address bias-based policing.