Miscommunication between Residential Life and Admissions leads to another housing fiasco for first-year and incoming students. 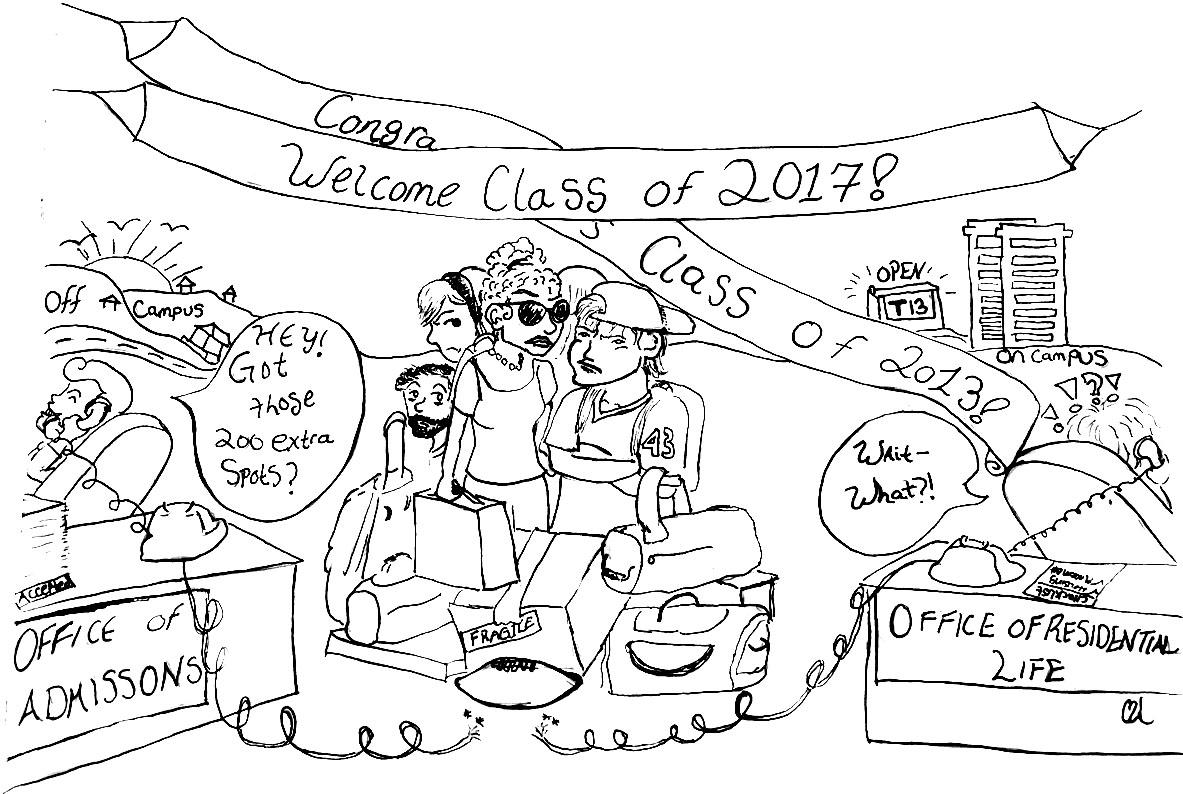 For the second time in the past five years, Ithaca College has suffered a housing mishap because it over-enrolled the number of incoming first-year students. The Office of Residential Life initially planned use a hotel to lodge the students for whom it could not provide on-campus housing, but it rescinded that offer after realizing it miscalculated the number of upperclassmen requesting on-campus housing.

Residential Life failed to grant enough upperclassmen permission to live off campus, resulting in an embarrassing error, which reflected poorly on the college. By the time the office realized the first-year class was going to be larger than expected, it granted some upperclassmen permission to move off campus for Fall 2013, but they were no longer interested. Most students sign leases for off-campus housing at least a year in advance, and four months is not a feasible amount of time for students to secure housing for the upcoming semester.

Residential Life made this decision because it worried about having too many vacancies for Fall 2013 — clearly not the case now. If the college claims to be a residential college, there should be enough on-campus housing, regardless of the number of incoming or returning students.

The Division of Enrollment and Communication is partially responsible for the housing fiasco, as it under-projected, over-accepted and over-enrolled the number of incoming students. By the same token, Residential Life failed to make appropriate housing arrangements.

It’s tricky to estimate the number of incoming and returning students, especially because those numbers are constantly shifting. But this situation could have been prevented had Residential Life permitted more students to move off campus and coordinated with Enrollment to make proper housing arrangements. Ultimately, both offices should take responsibility for a mistake that has caused frustration for many and has created a negative first impression for first-year incoming students.