Editorial: Rules for dorms are in place to prevent any accidents 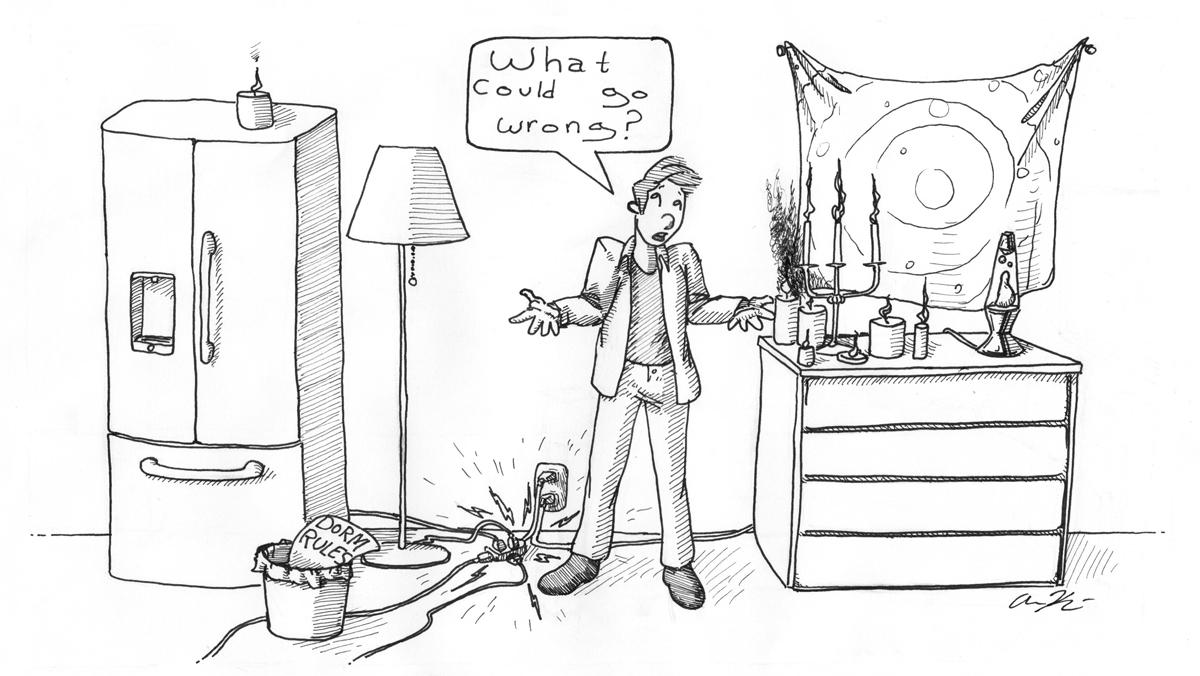 A small fire broke out at 8:55 a.m. on Jan. 25 on the 10th floor of Ithaca College’s East Tower, causing sprinklers to go off in the building. Though no one was hurt during the incident, students living in affected rooms had to be relocated for the night following the fire, and personal belongings in rooms where sprinklers went off were bagged and brought to the college’s warehouse.

According to a release from the Ithaca Fire Department, the fire started after a student left a hot plate plugged in. Because of an improperly used piece of equipment that students should not have in their rooms to begin with, students living on the ninth and 10th floors of East Tower now have to deal with water and smoke damage in their rooms.

The Ithaca Fire Department and the Office of Residential Life should be commended for handling the situation well, but the fire should not have happened in the first place. Of course accidents happen, and people make mistakes. This is not a matter of calling out students for simply being human.

However, this is a matter of following simple guidelines for simple reasons. Guidelines for dorm rooms are made widely available to students, and room guides very explicitly say that hot plates are not allowed in student rooms because they are a fire hazard.

Room guidelines may seem arbitrary and overbearing when students first move in — perhaps they may seem like an attack on self-expression, or they may seem unnecessarily strict. Rules prohibiting tapestries or multihead lamps seem unnecessary when taking them strictly at face value.

But the fire this past week is a prime example of why there are rules and regulations in place. Guidelines for dorm rooms are made widely available to students, and room guides very explicitly say that hot plates are not allowed in student rooms because they are fire hazards. These rules are in place so that students have room to make mistakes — like leaving an appliance on while taking a shower — without having disastrous consequences.

The college community is lucky that, considering the fire happened in an upper floor of one of the Towers, no one was hurt due to the fire or the evacuation process. Moving forward, students must think critically about why certain rules are in place. Of course it is important to question regulations and ideas to some extent, but that does not mean simply writing them off. Things that may seem overbearing or unnecessary most likely have a very practical explanation and cannot be ignored simply for convenience’s sake.