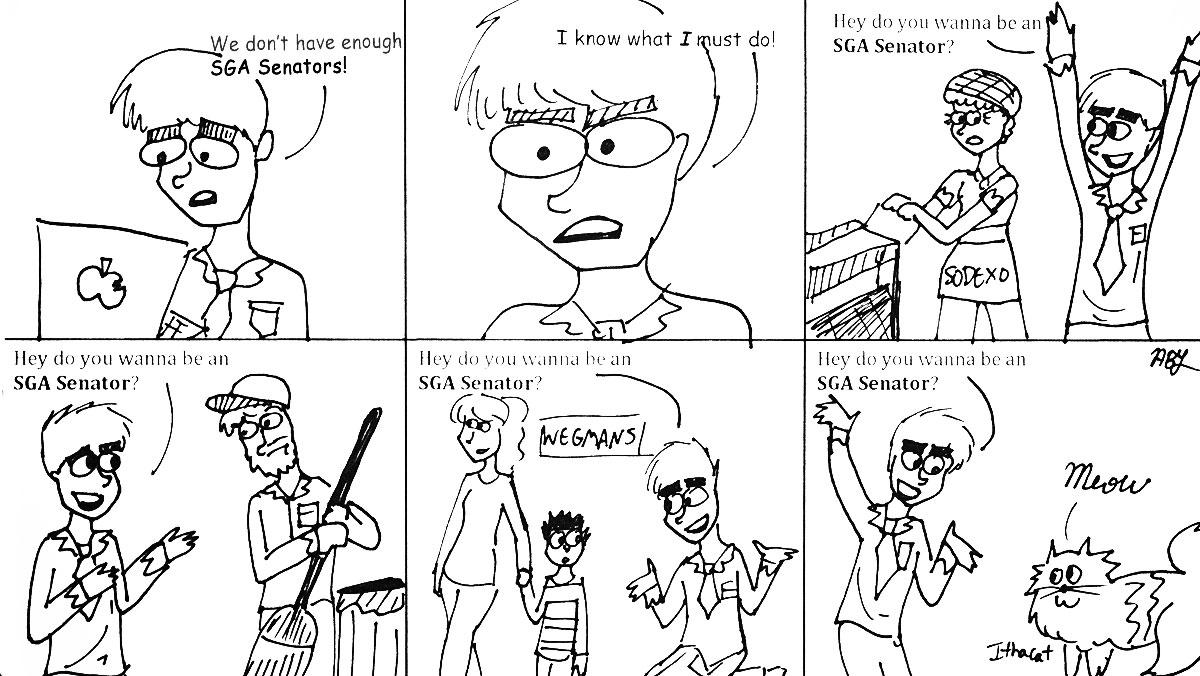 Ithaca College has never seen the level of student engagement in social issues that it has seen this year.

The same cannot be said for the students’ representative body.

The Student Government Association’s struggle to fill its senate seats has persisted the whole year. The election in September drew five applicants, all of whom ran unopposed, bringing the total number of senators to 11 out of 25 possible seats. What is now an even bigger problem is the SGA’s lack of productivity. With nine influential bills passed in the fall, reaching the month of April with just one bill under its belt reflects a sad state of affairs.

The SGA senators and the executive board acknowledge this. However, one root of these issues can be traced to the problematic approach to filling these seats.

The focus from the beginning has been to increase the sheer number of senators, with a vow in September to forgo passing bills until the senate reaches a body of at least 15. By having a more intense focus on increasing numbers, naturally, it becomes more difficult to focus on quality. This would explain the senators’ attendance issues this semester: The more candidates who are inducted unopposed, the less obligated they feel to practice a full commitment because there is less of a legitimate mandate for them to represent the student body.

Because of these attendance issues, the SGA has had to reduce quorum in order to vote on measures. But a smaller quorum in a larger total number of senators is effectively the same as a larger quorum in a smaller total number of senators. Thus, the focus on numbers has made little difference by way of legislative power, but instead has recruited more senators who need harshly worded emails to prompt them to show up.

It is a vicious cycle: The SGA needs to prove to the student body that it can be an effective group that produces impactful legislation, thus inspiring students to be a part of it. But to do this, the SGA first needs more active students to contribute. The solution involves a little of both.

The SGA should work with the people it does have and enforce its attendance policies more strictly. This way, real discussions can take place, senators can vote on measures that are long overdue and prove to the community they represent that the SGA is a viable representative body that students will want to be a part of.