Editorial: Speech policy must be clear about violation definitions 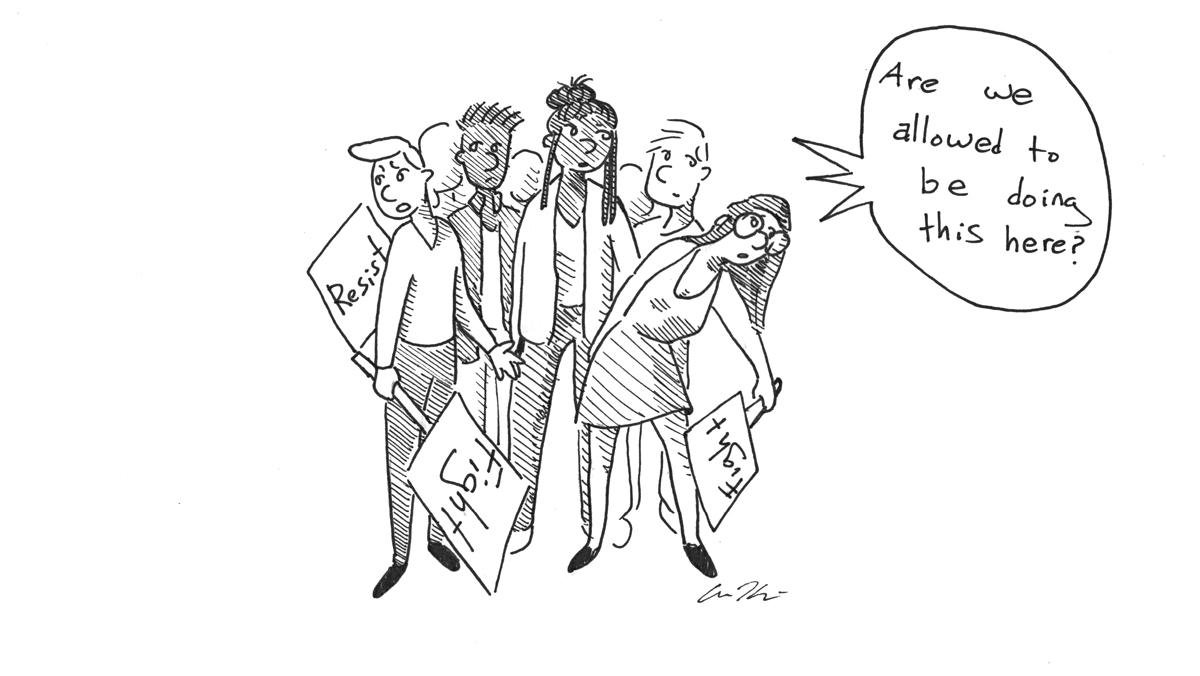 A working group at Ithaca College is exploring freedom of speech regulations on campus by revising the college’s Rules for the Maintenance for Public Order. Both the Student Governance Council and the Faculty Council have discussed drafts of the revised policy, and the most recent draft is out for a public comment period.

But to meet this lofty goal, the college needs to be even more descriptive in its updated rules — specifically, more clarity in Section II, which lists violations. One violation is the “unauthorized access to or occupation of nonpublic areas on college premises including classrooms, seminar rooms, laboratories, library, faculty and administrative offices, auditoriums, event venues, meeting spaces and recreational facilities.”

While the list is a good start, a further clarification of public areas on the college’s premises would be helpful. Does the lobby of the Peggy Ryan Williams Center, which POC at IC occupied during Fall 2015, qualify as a public space? Or does the entire building classify as “administrative offices”?

The updated rules expand on existing rules on disruption or obstruction of college activities by being more explicit in the language, explaining how “interrupting, impeding, hindering, inhibiting, restricting, blocking, stopping, halting, or bringing to a standstill” college events is a violation, before listing examples of events and operations. Under this policy, members of POC at IC who stormed the stage Oct. 27, 2015, during former President Tom Rochon’s Addressing Community Action on Racism and Cultural Bias event would have been in violation. This portion should be clarified to consider which certain disruptive actions would be deemed appropriate expressions of free speech.

Overall, the changes to the Rules for the Maintenance of Public Order are desperately needed to clarify the college’s policies. But the college needs to clarify which spaces are public and which are considered private. And in determining these, the college should err on the side of making spaces public and available for students to make their voices heard.

The U.S. government sent techies into a frenzy when it introduced a new law that limits freedom of speech online.