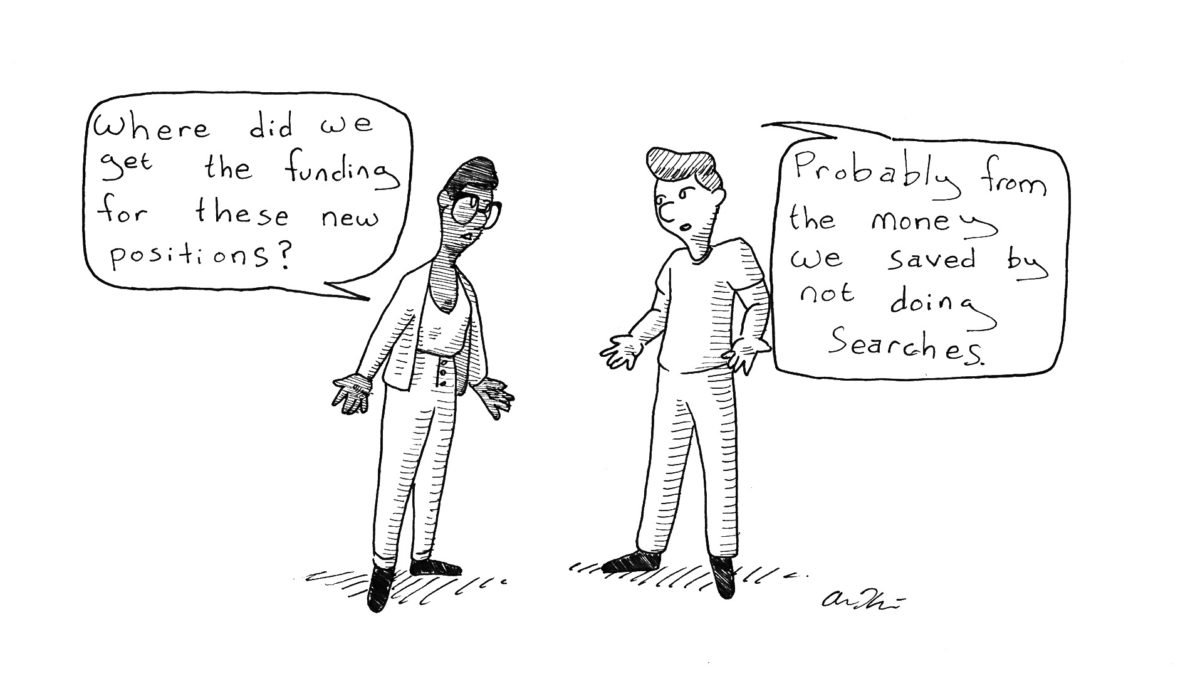 Student Affairs has been neglected for too long. But the college should be more clear in describing where the money for these new positions is coming from. In the past, when measures have been proposed to improve student life on campus, requests have been denied due to budgetary restrictions — Tom Rochon, the then-president of the college, rejected the Center for Counseling and Psychological Services’ request for more counselors in 2015, citing the possible strains it would put on the next year’s budget. When Collado announced the creation of Ferro’s position and four others in September, she would not say where the money to fund the positions was coming from. With even more positions added, the college should be transparent in discussing the sources of this funding.

Additionally, it is troubling that two of the positions were filled without searches. This is not to question the qualifications of those appointed to their respective roles, but these appointments are starting to show a pattern. Top-down leadership was one of the major complaints against Rochon, and Collado’s tendency to fill key administrative positions without allowing the input and process of a formal search is worrisome. Searches allow the constituencies of the campus to weigh in by serving on search committees. Open searches allow The Ithacan and members of the community to do their own research about the finalists. This can lead to the discovery of useful information that can help inform final decisions.

Investing in student affairs shows that the administration is conscious of the previous administration’s shortcomings. But by not being transparent about the funding and not holding searches, it risks falling into the same patterns of management mistakes that plagued the Rochon administration.