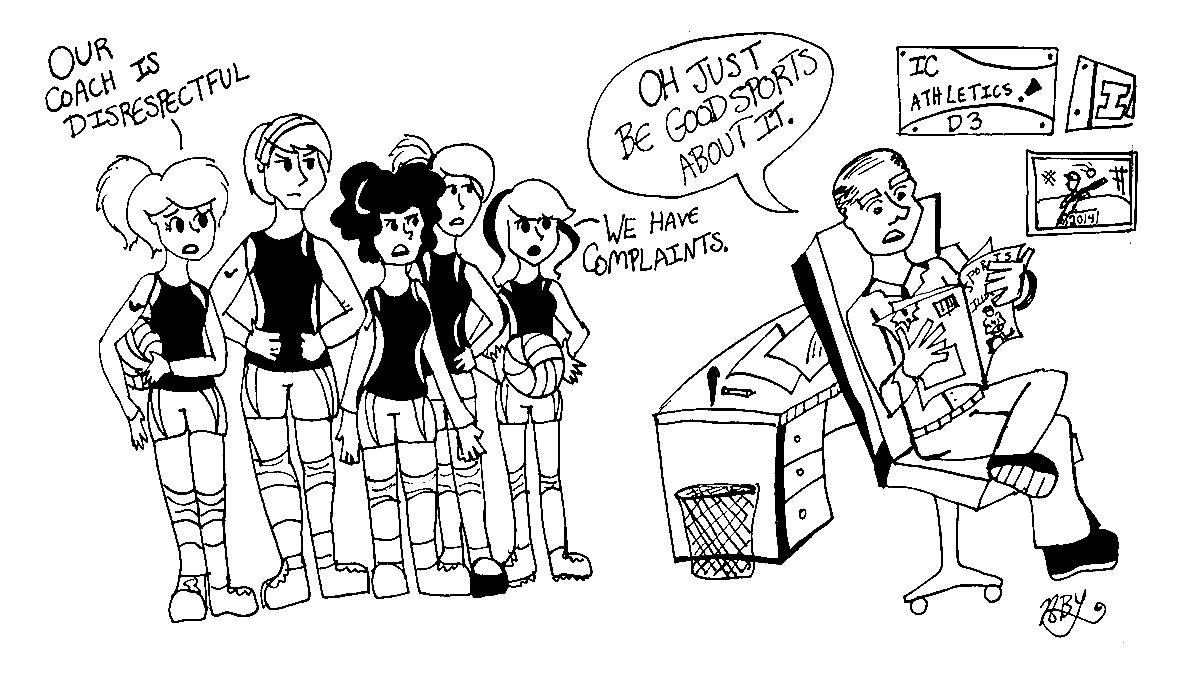 This semester, over the course of two months and 25 interviews, The Ithacan investigated and uncovered an alleged pattern of disrespect on the part of head coach Janet Donovan toward former players who had been a part of the Ithaca College volleyball program. Though the issue had been brought to the athletics department more than once through several evaluations, the department did not respond immediately or effectively enough to completely eliminate the issue. The apparent lack of serious concern for this issue on the department’s part is unacceptable.

Obviously in sports, there is competition and an inherent pressure to succeed. However, these aspects should not be prioritized over the mental health and emotional security of a team’s players. Athletics should be focused on the experience as opposed to the outcome, and this is especially the case at a Division III institution. Division III college athletes rarely intend to become professional athletes upon graduation, and thus their success in competition does not necessarily need to be prioritized for career-development purposes.

Instead, in Division III athletics, the quality of the athletic experience should come first, and it is the responsibility of the coaches and the athletics department to ensure that this goal is met throughout the athlete’s time at the college.

Coaches who cut players from the team with insufficient explanation and in a suspenseful and hostile manner can do a significant amount of damage to a college student’s state of mind. An ominous letter sent out to the players’ parents explaining to them that their student-athletes may face anxiety and frustration can generate a great deal of worry. And when players feel they have no choice but to quit the team because of the level of disrespect they say they experience, it may take a toll on the other players who remain on the team. All of these things, which were reported in The Ithacan’s investigation of the volleyball team, lead to a generally low morale within the sport, which does nothing but diminish players’ experiences as student-athletes.

The volleyball team has experienced a 10-year history of this low morale, and it’s time for the athletics department to take definitive measures to resolve this issue. Every year, student-athletes are handed sheets of paper on which they evaluate their coaches, but these evaluations enter a private dialogue that does not involve the students themselves, making a sense of resolution impossible.

As someone who is relatively new to her position, Susan Bassett, director of intercollegiate athletics, has the opportunity to take charge of the problems that have been plaguing the volleyball team for several years under a different administration and have only now publicly surfaced. And though no other teams have opened up about internal issues, this does not mean they don’t exist or that they won’t in future years if serious efforts are not made to prevent them.


Evaluations should not transpire solely on a sheet of paper. They need to be taken seriously and allow for an open and transparent dialogue that includes the student-athletes directly, not just the administrators and coaches. Productive and inclusive conversation that responds directly to specific concerns printed in evaluations is the only thing that is going to stop the last decade of the volleyball team’s experience from becoming the future of the college’s athletics department.