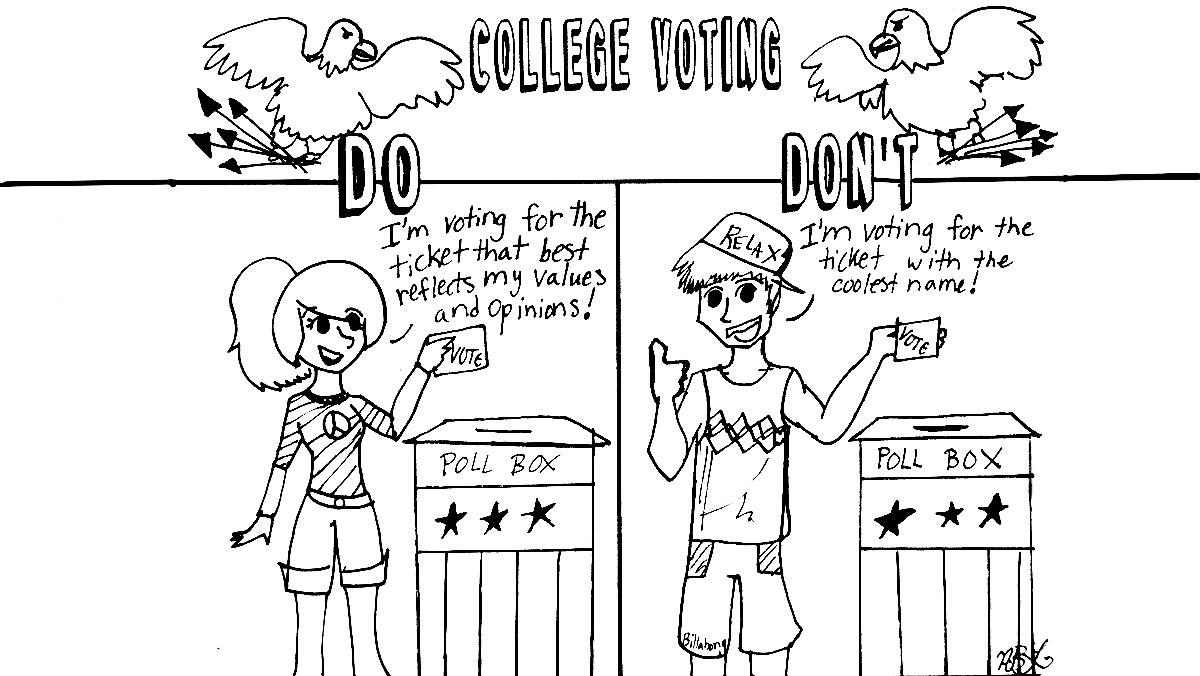 Campaigning for the Student Government Association elections began April 13, and polls will close April 24, so it is vital that the student body use this time to take the initiative to research the ballots and look into the issues being discussed. Each of the groups will bring a different attitude and different priorities to the table, so it is important that students consider what they want the upcoming year to look like when casting their vote.

In any election, it is important that people not be complacent or careless with their vote. On a larger scale, if an election goes the wrong way, the people could suffer greatly. The SGA election is not as serious as a national election, but the impact of each individual vote is great and should still be taken seriously. Don’t just vote for your friends, as elections shouldn’t be seen as a popularity contest. Look out for who you think cares about his or her job and is committed to making student voices heard. Vote for the team whose views align with yours and with whom you share priorities.

Any people who complain about the SGA or are otherwise unhappy with the leadership have no right to complain unless they were active and conscientious voters during the previous election. Whoever wins this election should reflect the hopes and goals of the campus community.