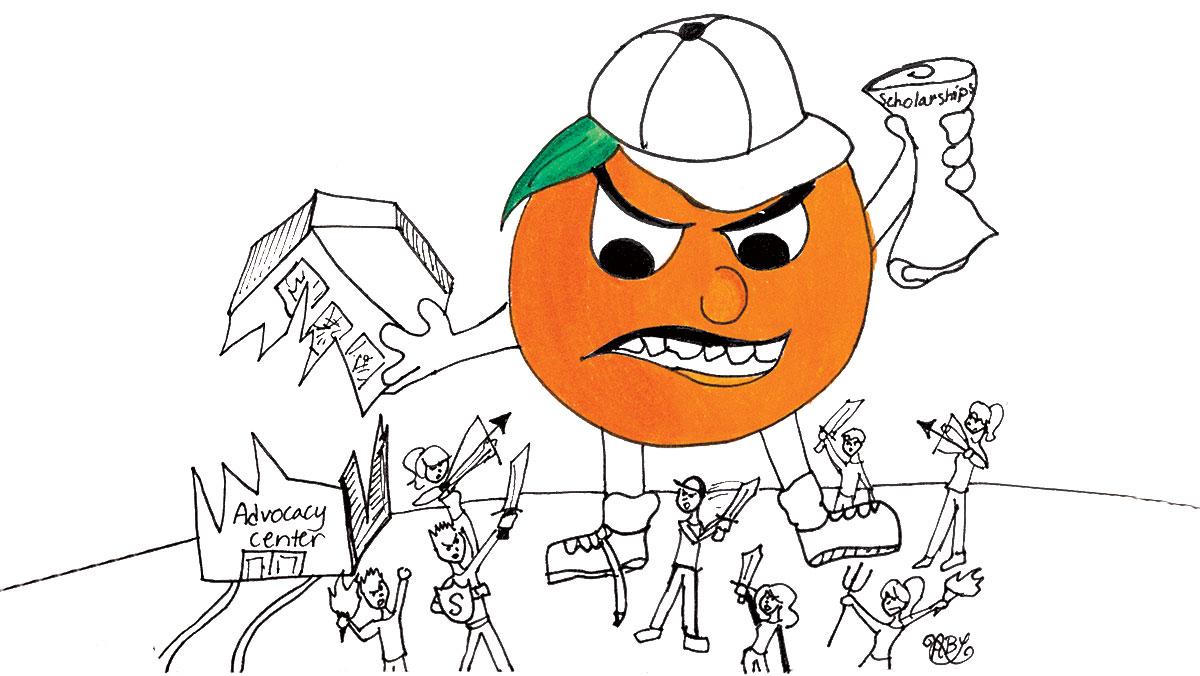 More than 300 students at Syracuse University have been valiantly protesting decisions the administration made that have denied students access to an array of campus services. Unfortunately, students are facing a potential hindrance to their protesting efforts, which should not discourage them.

According to the Syracuse Post-Standard, the university’s General Counsel, Daniel French, told students participating in the sit-in on Nov. 14 they could be disciplined if they do not follow administrative orders, based on the university’s code of student conduct and campus disruption policy. The message has scared some students off, especially international students who are concerned about their visas being revoked.

The 300 students, known as THE General Body, are from more than 50 student organizations and have been carrying out a sit-in in an administration building since Nov. 3. THE General Body is protesting a number of indignities, including the closing of the Advocacy Center, a resource for victims of sexual assault; the defunding of Posse, a scholarship program for minority students; and a lack of mental health resources.

It is unfair to the student body that they do not have a safe place to turn to on campus if they have been sexually harassed or assaulted or cannot see a mental health specialist. Despite this recent threat from the administration, Syracuse University protestors should stand their ground with the sit-in. Continuing this protest can possibly bring positive results. Students at Colgate University held a sit-in at their admissions office to protest racial intolerance, which resulted in students and administrators agreeing to collaborate on a plan to make Colgate University more welcoming to minority students. THE General Body should not give up and keep fighting to bring back vital resources that benefit the entire student body.