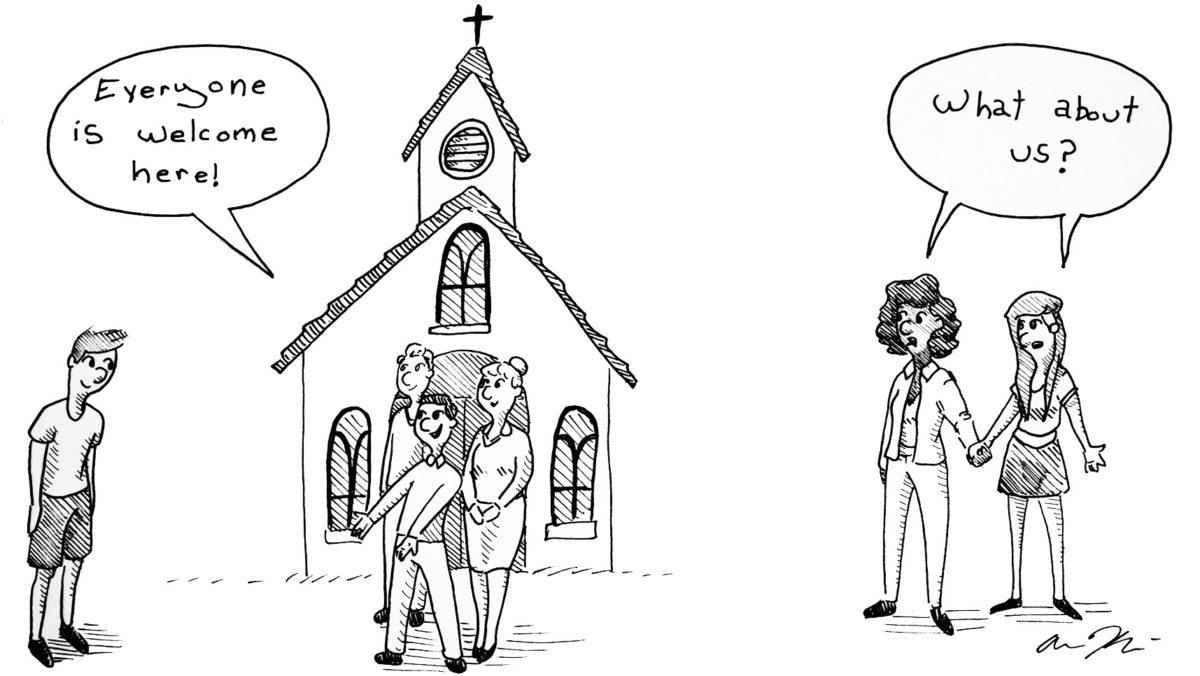 Recently, two women, juniors Vanessa Zimmerman and Annalise Haldeman, came forward and said that they felt excluded from the Protestant Community at Ithaca College for being gay. Their story is not necessarily a unique one — other LGBTQ students also came forward. Approximately 50 current and former members of the Protestant Community at the college contributed to a document including quotes regarding acceptance in their community, with many saying that they have felt excluded.

The Protestant Community on campus is a religious group that represents a variety of ideologies, ranging from incredibly liberal to incredibly conservative — some experts estimate that there are nearly 9,000 different Protestant denominations worldwide. It seems difficult, then, to create a religious community on campus that feels welcoming and inviting to all people, considering the contradictions that may come from this blending.

To address these issues, the Protestant Community is hosting events to generate discussion among its members, like readings about racism in America and ideas surrounding legalized marijuana.

The decision to shift the final exam schedule for Fall 2011 to accommodate Christmas plans of students, faculty and staff sparked debate Tuesday at the Ithaca College Faculty Council meeting.