The Student Government Association has decided not to release the breakdown of the April 17–18 election results, despite their reputation for transparency 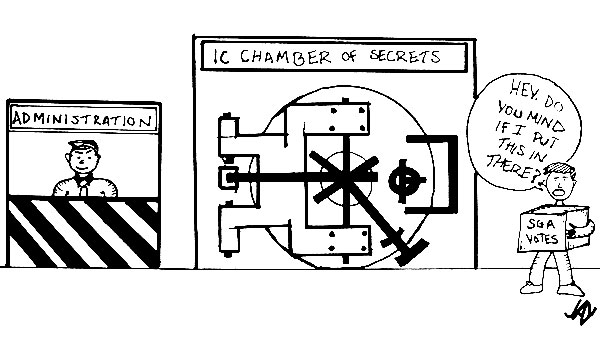 According to Dominick Recckio, current vice president of communications in the Student Government Association, 18.2 percent of the student body, 1,223 students, voted in the April 17–18 election and elected IC All That to be their SGA executive board for the 2014 academics year. Participation increased from 16.7 percent in 2012 and 16.3 percent in 2011.

However, the SGA will not release the breakdown of election results. While Cedrick-Michael Simmons, the outgoing SGA president, said there is no function or benefit in releasing the information, the SGA released the breakdown in 2011. It is strange and rather hypocritical that the SGA has decided to withhold the statistics, given its track record of transparency and demand for the college to release the results of the 2012 Campus Acceptance, Inclusion and Fairness survey, also known as the campus-climate survey.

Students should have the right to know what margin IC All That won by and how close or partisan the election was. This withholding of statistics also prevents future candidates from knowing information like which class cast the fewest votes. By knowing that information, those candidates could direct their attention to engaging students who are less likely to vote.

Student participation in SGA elections is something the SGA would want to promote. Releasing statistics can encourage more student participation in future elections by gearing campaign efforts toward more apathetic students. The SGA should re-evaluate its precedent of withholding election result breakdowns, given it has criticized the college for similar actions.