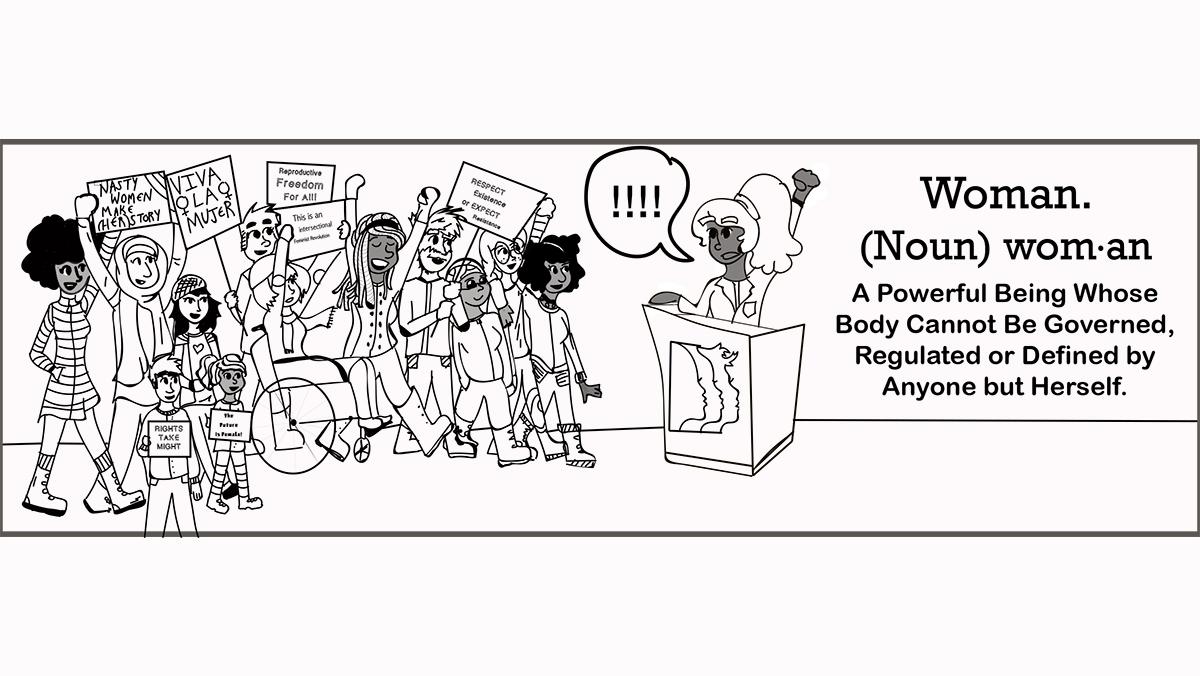 The hundreds of women’s marches across the world Jan. 21 resulted in millions of women making their voices heard at a time when the current president of the United States has made multiple disparaging comments toward women and has plans to restrict a woman’s right to bodily autonomy.

But in the U.S. particularly, one aspect that stood out the most from these women’s marches was the makeup of the crowds: In Ithaca and Washington, D.C., most women were white. And although the official platform of the Women’s March on Washington contextualizes the march around the Civil Rights Movement, the American Indian Movement and the Black Lives Matter Movement, and recognizes the intersecting identities of women, the dominant race of the marchers cannot be ignored.

These demographics present a concerning snapshot of the current feminist movement in the U.S., one that is divided largely along racial and class lines between intersectional feminism and white feminism. Intersectional feminism, first coined in 1999 by Kimberlé Crenshaw, recognizes the overlapping of social identities and systems of oppression, and how it impacts a person’s experiences. In contrast, white feminism centers on the voices and experiences of white, middle- to upper-class women at the expense of marginalizing women of color, poor women, transgender women and LGBTQ women.

If white participants of the Women’s March hope to enact real change in the name of women’s rights, they must abandon white feminism altogether. Too long have white women stolen the spotlight on feminist discourse without realizing they were standing on the backs of the women of color who have come before them. Too long have white women failed to see that their “feminism” has a stake in white hegemony, racism and classism, subsequently contributing to the oppression of women of color and poor women.

White women also cannot escape the fact that, according to exit polls by The New York Times, 53 percent of them voted for Donald Trump. Fifty-three percent of white women helped put him in office, despite his comments degrading Muslims, immigrants, people with disabilities, people of color and women. Whatever their reasons for voting for him, it’s clear his racist vitriol did not stop them.

One of the most dangerous aspects of white feminism is the complacency in the systems of oppression that impact marginalized communities across the country. While white women remain vocal about reproductive rights, they are largely silent about the black men and women who die at the hands of police brutality. While white women march to raise awareness about sexual assault, they are often silent about the transgender women who face abuse and violence at dangerous rates.

This kind of silence is violence. It allows the state-sanctioned oppression and discrimination of communities of color to continue while protecting the assets of well-off white women.

Women’s equality should be awarded to all women — especially women of color, LGBTQ women, Muslim women, poor women, transgender women and immigrant women — and not just white, cisgender women. It would be integral for white women to remember that feminism that is not intersectional nor inclusive of all identities is not true feminism.

Commentary: Question everything and practice compassion