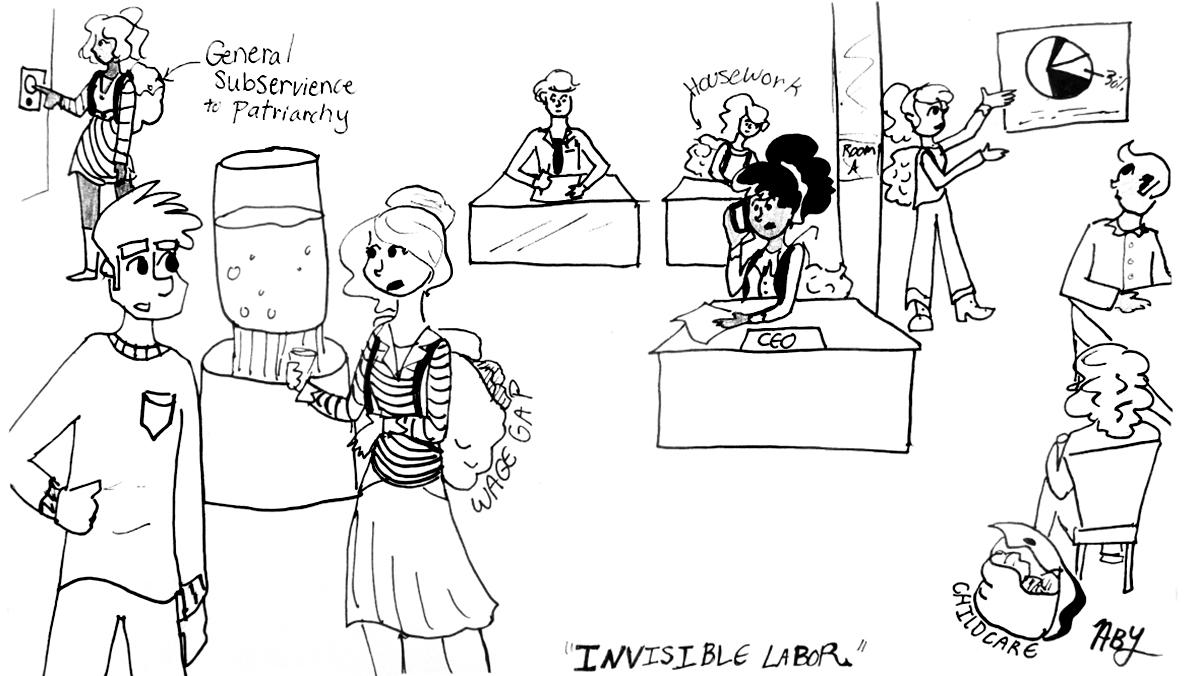 What would a world without women be like? This is the question surrounding the International Women’s Strike on March 8, an effort to acknowledge and recognize the visible and invisible labor women take on by virtue of their identity.

The International Women’s Strike, coinciding with International Women’s Day, aims to draw attention to the role women play in the global socioeconomic fabric. In addition to physical workforce labor, women also bear the burdens of the emotional and mental labor of being a woman — an identity that has historically been associated with subservience to others. And for women of color, immigrant women, Muslim women, poor women, queer women and transgender women, this labor is multiplied because of the lower positions they occupy on the socioeconomic hierarchy.

Women have always borne the brunt of social and economic hardships, particularly poor women and women of color. When the economy is in a downturn or when the social safety net is restricted, women are among the most negatively impacted, often at the expense of their mental, emotional and physical well-being. When the workforce needs more laborers, it is women who have historically been called to fill empty seats. When the social safety net is weakened, women often become caretakers for those who need it, whether it is their children, parents or partner.

Despite the intentions of the International Women’s Strike, many women have criticized the action, saying a day of strike is primarily a day for privileged women — i.e. white, middle- to upper-class women — to leave behind their responsibilities and jobs without much worry about the ramifications of their actions. It must be understood that striking is not an economically feasible option for all women, particularly poor women who may work low-wage jobs. But critiquing the strike under this premise is a defeatist approach that limits the unity that can be achieved among women of all backgrounds. The criticism undermines the very intentions of the strike because it fails to acknowledge the way capitalism often operates on the labor of women. The strike is emblematic of an action that disrupts capitalism as usual. This critique also is built upon the assumption that poor women or women of color cannot and will not strike, even though many movements throughout history were driven and led by women from these marginalized groups despite the obstacles stacked against them. In addition, this approach ignores how strikes have historically been used to influence economic change and force people to acknowledge the experiences faced by vulnerable groups.

Strikes are a form of protest that put front and center the concerns of laborers by their very absence from the workplace. This strike amplifies the message of women loud and clear, forcing those around them to acknowledge their visible and invisible contributions to the political economy. And in a time where women feel even more threatened by the political climate, what better way to showcase the true value of women’s labor than by removing women from the picture altogether?