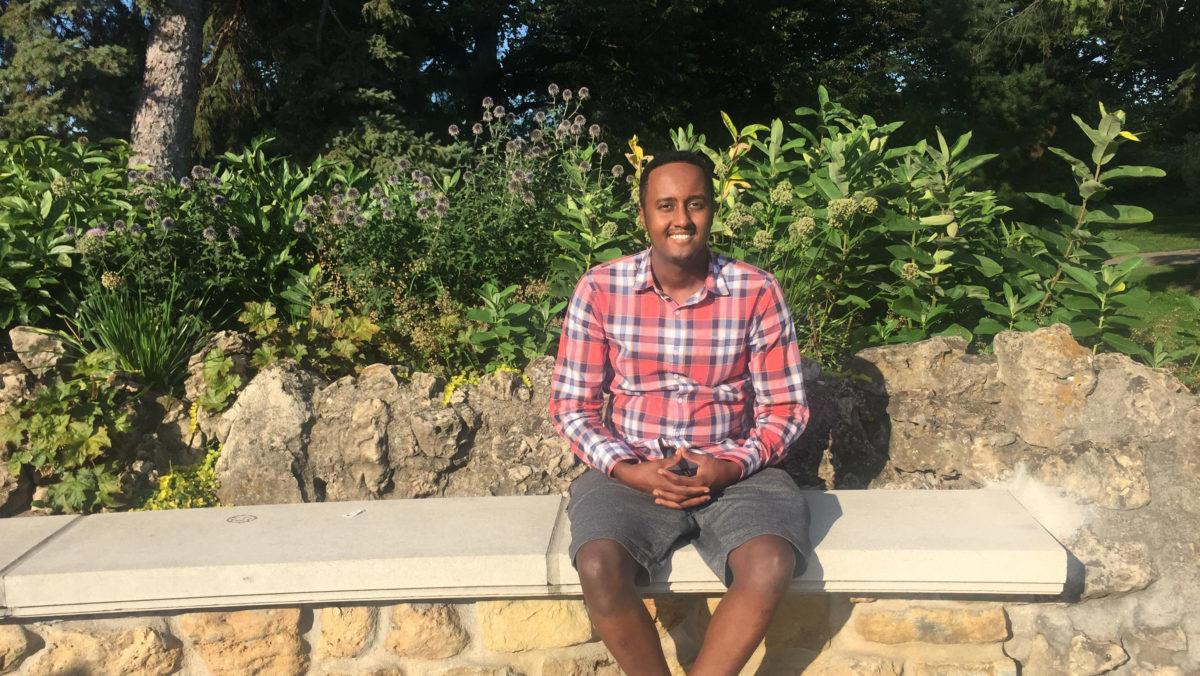 Courtesy of Mahad Olad
Sophomore Mahad Olad, a columnist for The Ithacan, visited family in Kenya in May 2017. Olad’s Muslim family tried to subject him to conversion therapy, but he escaped with help from the U.S. embassy and Ithaca College.
By Mahad Olad
Published: February 7, 2018

After moving hundreds of miles away from home for college, I was looking forward to taking a vacation with my family the summer after my first year. My freshman year of college had been especially hard due to both being far from my family and from all the stress that typically comes with starting college.

My decision to pursue postsecondary education in New York came with the price of leaving my family behind in Minnesota. It was emotional and tumultuous. I, like many first-generation students from an immigrant background, struggled to reconcile two frequently opposing desires: devotion to family and educational mobility. So when my mother invited me to come on a vacation to Kenya to visit our relatives, I thought it would be a good chance to spend some time together, reunite with family we hadn’t seen in awhile and explore East Africa. Little did I know that my mother had other plans in store for me.

I hail from an extremely conservative Muslim background, but over the past years, I have come to realize that I don’t consider myself Muslim anymore. Not only did I have to hide from my family that I am an atheist, but also that I am gay.

My family is Somali by ethnicity. We fled to Kenya to escape the civil war in Somalia around 1991. This wouldn’t be my first time going back to Kenya, since I have visited the country a few times before, but I was looking forward to seeing my relatives and spending some time there.

We arrived in Kenya in late May 2017. The very first night there, my mother told me this would not be a summer vacation. She told me that I would not be returning to the U.S. at the end of the summer as planned. She asked me to withdraw from college so that I could be placed under the control of a group of sheiks whose goal would be to reform my religious beliefs and reorient my sexuality. Somehow, my family had found out my secret and had prepared this elaborate ruse to get me to Kenya.

Similar to the practice of gay conversion therapy in the United States, there are those within the Muslim community who utilize abusive tactics as a way of policing what they consider to be “deviant” behavior. Even though my mother “asked” me to go, I knew that it wasn’t really a choice. A few sheiks were at our hotel that night. They briefly spoke to me about how being gay and atheist is unequivocally against my Islamic upbringing and African heritage. I knew that when they came back to get me the following morning, I would be forced to go with them.

I was quite aware of the horrors of these gay and religious conversion camps. The leaders operate the camps around grim parts of Somalia and Kenya. They subject their captives to severe beatings, shackling, food deprivation and other cruel practices. It usually involves a rigorous Islamic curriculum. Those who fail to cooperate, make adequate progress or try to escape could possibly be killed.

I knew I had to get out immediately. I was without access to money or even my passport, so I needed assistance. To buy myself some time, I told my mother that I was willing to go along with her plans. I told her I was going for a walk, and then I made a call to Ex-Muslims of North America (EXMNA), an organization that supports people who have chosen to leave Islam. They quickly put me in touch with Executive Director Muhammad Syed, based in Washington, D.C.

Mr. Syed reached out to the United States Embassy in Kenya to see if they could help me escape. I was told that if I could take a cab to the embassy they could shelter me and help me figure out how I could get back to the U.S.

In the middle of the night, when everyone was asleep, I escaped from the hotel and made it to the embassy. Thankfully, the consul general welcomed me into his home until we could formulate a plan. The next problem was that I had no place to go and no money to get back to the U.S. I couldn’t go back home to Minnesota and Ithaca College was basically closed for the summer. The consul general reached out to the college to see if they could help. Luckily, they were able to find a place for me on campus and EXMNA was generous enough to pay for my airfare back to the U.S.

Once back on U.S. soil, I felt a measure of relief. Both the FBI and campus police are keeping an eye on me and, while I have begun to feel physically safe, emotionally the nightmare isn’t over. At 19, I now have no family. Even family members who weren’t a part of this scheme aren’t talking to me. Their rejection and treatment of me has been devastating. It has left me seriously questioning who I am and whether I deserve to be treated this way. The loss of my family’s love and support, both financial and emotional, has been extremely traumatic.

While I’m lucky to have close friends who have offered comfort, it does nothing for the hole my family ripped into my heart. I know what they did to me was horrible and wrong, but they are still my family and reconciling with them will take some time.

As I work through all of this on a personal level, I know that I want to do everything I can to prevent this from happening to others like me. Gay conversion therapy is exceedingly abhorrent. While it can’t alter someone’s sexual orientation, it certainly can scar them for life. Suicide rates are extremely high for people forced into these conversion camps. I have been meeting with the State Department and others to discuss what can be done to stop this barbaric practice, which is sadly still prevalent in American society.

Unlike conversion therapy in the U.S., the religious conversion camps in Africa aren’t commonly reported on or talked about; they operate in secrecy. The fact that homosexuality is still illegal in most of Africa makes these conversion camps even crueler. We don’t have exact numbers of how many young people are forced to go to these camps, but we know the numbers are growing. Many of the people held captive have similar stories to myself. Their families immigrated to the U.S., then brought them back to Somalia or Kenya to force them into these places.

I am lucky enough to be over eighteen, a U.S. citizen and to have a large support network — all of which made it easier for me to get out of Kenya. Not everyone is so lucky, however. That is why I’m sharing my story: so the U.S. and other governments can do more to protect the vulnerable youth of Muslim backgrounds whose parents abuse them in the name of religion and culture.

After everything they put me through, I don’t know if I will ever be able to have a relationship with my family, but I am thankful that I am alive. For now, I am taking it one day at a time.