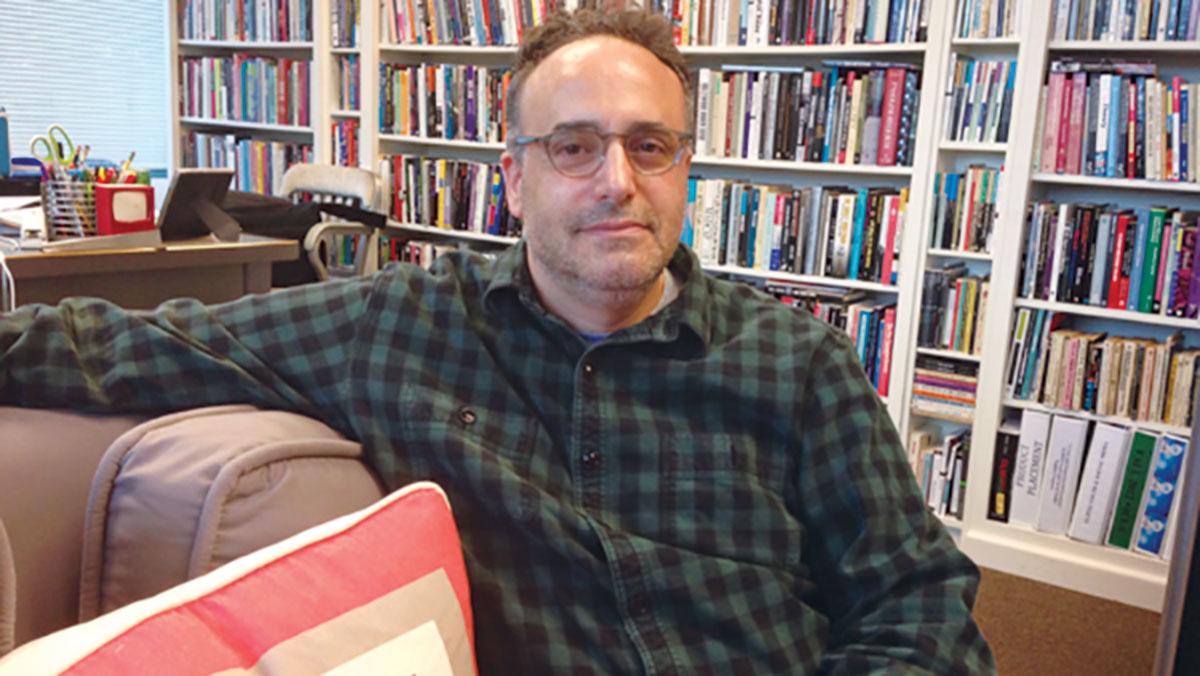 Courtesy of John Bassinger-Flores
Professor Stephen Tropiano recently published a study examining how organizations like It Gets Better and The Trevor Project benefit LGBT youth.
By Stephen Tropiano
Published: November 11, 2014

This is an excerpt from an essay published in an anthology titled “Queer Youth and Media Culture,” edited by Christopher Pullen (2014, Palgrave MacMillan). Understanding the integral role that the Internet plays in the social development of Lesbian, Gay, Bisexual, Transgender and Queer youth, the author examines how organizations such as the It Gets Better Project and The Trevor Project are utilizing social media in unique and creative ways to reach out to young LGBT people.

The Trevor Lifeline (866-4-U-Trevor) is operated by The Trevor Project, an organization founded in 1998 in West Hollywood, California by James Lecesne, Peggy Rajaski, and Randy Stone, the writer, director, and producer, respectively, of the 1994 Academy Award-winning short film, “Trevor.” When “Trevor” aired on HBO in 1998 (with an introduction by Ellen DeGeneres), the filmmakers realized young LGBTQ people could be watching who, like Trevor, are feeling suicidal and/or need to talk to someone. With money from the HBO licensing fee and a grant from The Colin Higgins Foundation, they created The Trevor Project, which sponsored The Trevor Helpline (later renamed The Trevor Lifeline), the first nationwide crisis hotline for LGBTQ youth. Today, the trained volunteer and staff counselors are available to speak to young callers twenty-four hours a day/seven days a week.  Accredited by the American Association of Suicidology in 2009, the Trevor Lifeline logged over 35,000 calls in 2012 from young people ranging in ages thirteen to twenty-four (the average age was 18).

Like other crisis intervention organizations, The Trevor Project is incorporating other modes of communication such as online chatting and texting into their programs (Italie 2013). The growth of chat and text-based crisis lines in recent years is due to the rise in the use of cell phone among older teens (14-17 years of age) and text-messaging (Lenhart 2012). A study conducted by the Gay, Lesbian & Straight Education Network (GLSEN) reports that the amount of time LGBT-youth spend on their cell phone is considerably higher than other devices (GLSEN et al. 2013, p.5). Mobile phones give young users access to the Internet and social media twenty-four hours a day, seven days a week out of view from parents who may limit their child’s time on the family computer or even monitor their browsing activities. Privacy is certainly an advantage for LGBTQ youth who may be in the process of discovering their sexual identity or wish to keep their sexuality hidden from family out of fear of being judged and/or rejected by their parents and peers. Understanding that female LGBT youth are more likely to use their phone to chat or text than to make a traditional voice call, Trevor initiated TrevorChat in 2012 and TrevorText in 2013. In 2012, 60% of the young people that logged into TrevorChat self-identified as female (compared to 26% male). The majority of callers self-identified as bisexual (35%) and lesbian (22%). 20% identified as gay males (The Trevor Project 2013).

As educators and advocates continue to work toward making public schools a LGBTQ-friendlier environment, social networking sites, chat rooms, and other forms of social media serve a dual purpose for space-deprived LGBTQ Millennials. The Internet can be a haven from the isolation, loneliness, and rejection by their family and/or peers they may experience on a daily basis at home and /or in school. At the same time, an Ethernet or Wi-Fi connection can be the pathway toward the understanding, acceptance, and a sense of community that young LGBTQ people seek as they discover, explore, and negotiate their sexual identities.
BIBLIOGRAPHY

Stephen Tropiano is the director of the James B. Pendleton Center in Los Angeles and an associate professor in the Television-Radio Program. Email him at stropiano@ithaca.edu.