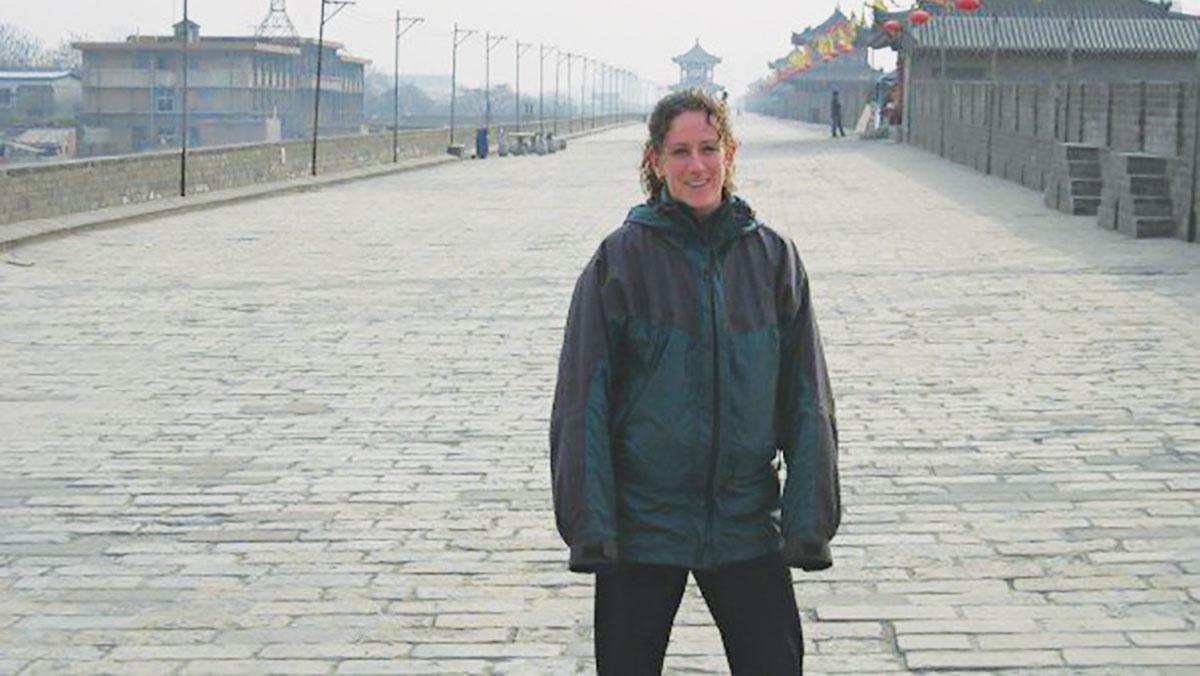 Courtesy of Miranda Kaye
Miranda Kaye, along with professors Amy Frith and Justine Vosloo, found that coaches and parents can create a hostile environment in youth sports.
By The Ithacan
Published: December 3, 2014

Between 2000 and 2005, 54 to 59 percent of American youth, aged 6–17, participated in sports. This number, however, is on the decline with over 70 percent of participants dropping out of youth sports programs before high school. One suggested explanation for this high rate of attrition is that the pressure on youth athletes is high: Many zealous coaches and parents create an environment where sport is no longer fun. This overemphasis on winning results in an increased pressure to win, and behaviors that are frequently part of a “win at all costs” mentality increase stress and reduce enjoyment.

While research commonly looks at coach behavior as the reason for dropout, parents play an integral role as well. Parents influence emotional responses such as anxiety through the expectations they hold for their young athletes. Yet, to date, no research has looked at the influence of parents’ sport expectations on young athletes’ anxiety.

In a recent study I conducted with Amy Frith, associate professor in the Department of Health Promotion and Physical Education, and Justine Vosloo, assistant professor in the Department of Exercise and Sport Sciences, we examined motivational contributors of anxiety in young athletes based on their parents achievement goals — to outperform others, to do one’s best, not to lose to others, not to do worse than one’s best. Participants were competitive, young athletes between 6 and 18 years old participating in a swim team, gymnastics team or a high school varsity sport and one of their parents. A total of 73 pairs of parents and athletes completed a survey assessing achievement goals and anxiety, including worry, somatic anxiety and concentration disruption, prior to a competition.

In general, athletes in the sample had similar levels of achievement goals to similar groups of athletes reported in the research literature, but higher levels of anxiety. Results indicated that parents’ goals predicted youths’ anxiety. Specifically, parents who wanted their children to outperform others or to avoid losing to others had children with increased levels of worry. Athletes’ concentration disruption, on the other hand, was somewhat minimized when their parents wanted them to avoid performing less than their best. These results suggest that parents’ focus on their youth athletes not doing worse than they have in the past may be less pressure-filled, and in turn less disruptive, than a parent focused on beating, or not losing, to other athletes. This research shows a direct link between the goals parents formulate for their children and the emotional responses of the children, which suggests that the goals parents hold for their children are being transmitted to their children and that these goals seem to relate to the actual responses of the children.

This first study of emotional transmission in parent-athlete groupings has practical implications for those concerned with dyadic interactions in youth sport, such as coaches, consultants and parents. As parents’ goals influence the levels of anxiety and concentration disruption the athlete may experience, perhaps targeting the goals held by parents could reduce young athletes’ levels of anxiety. It could also impact the athletes’ enjoyment and motivation to continue participation. While reducing anxiety for young athletes is an important goal, this could ultimately support psychological health and development and may also ultimately improve athletic performance.

Miranda Kaye is an assistant professor in the Department of Exercise and Sport Sciences. Email her at mkaye@ithaca.edu.