It has been a rough couple of weeks for the people at Goldman Sachs. First, they find out the Securities and Exchange Commission is filing a civil suit against them for selling a toxic security to unsuspecting buyers and betting against it. Then, executives of the firm had to answer for those charges in front of a congressional subcommittee. Now, they find out they might be the subjects of a criminal probe. Still they maintain they have done nothing illegal. The sad thing is, they are probably right. 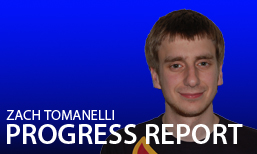 To understand this, let’s take a trip in the way-back machine to 2000 when the powers in Washington were crafting the Commodity Futures Modernization Act of 2000. That law allowed derivatives — the complex financial instruments at the core of the economic crisis — to be traded without any oversight. President Bill Clinton supported the legislation at the recommendation of his secretary Robert Rubin, the former vice-chairman of Goldman Sachs. For the next decade, Goldman used the freedom provided by the CFMA to move around these packages, including the one mentioned in the SEC suit, and rack up huge profits.

By 2008, the proverbial house of cards had fallen. Goldman transitioned itself from an investment bank to a bank holding company, becoming eligible for Troubled Asset Relief Program funding. It did this with the help of then-treasury secretary Hank Paulson, former chairman of Goldman Sachs. For those of you keeping score, that’s Goldman 2 – taxpayers 0.

Now, while Goldman tries to explain itself, the Senate is busy crafting a financial reform bill to rein in the reckless behavior that the CFMA allowed. This contains a provision by Sen. Blanche Lincoln, D-Ark., that would ban commercial banks from dealing with derivatives. That would include Goldman, which thanks to Hank Paulson, is now considered a bank. But current treasury secretary Timothy Geithner has vehemently opposed the Lincoln bill. It may be worth noting that Geithner’s chief of staff is Mark Patterson, a former Goldman Sachs lobbyist. It is also worth pointing out that nine of the 10 senators who “grilled” the Goldman executives last week received campaign contributions from Goldman last year. I hope you’ll excuse me if I remain skeptical of any “financial reform” Congress passes.

I make no claims to completely understand derivatives, credit default swaps and collateralized debt obligations — they are intentionally complex. I have no choice but to believe Goldman Sachs executives when they say they didn’t break any laws. They should know. They wrote them.

Zach Tomanelli is a junior journalism major. E-mail him at ztomane1@ithaca.edu.