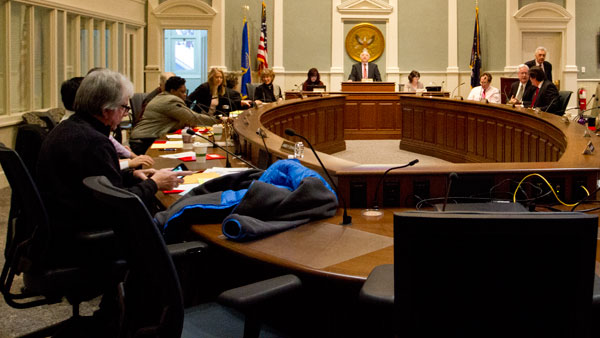 An active community is nothing without those who fight for social justice to keep democracy in check and maintain a fair and safe environment. Ithaca has a plethora of social movements that are sparked by human rights violations, environmental injustices and corporate structures. Yet, Ithaca College seems to often fall into a cycle of playing a passive role in many of these movements.

During the week of April 21, the student-run group JUICE will host “Know Your Rights” week, including two different events that revolve around the idea of Fourth Amendment rights, police brutality and justice through education and awareness initiatives. On April 22, there will be a screening of the movie “Fruitvale Station,” which is about the famous Oscar Grant case in which a white cop killed an unarmed black man. The following day, JUICE will host a student discussion about what rights students and citizens possess when it comes to security and police.

JUICE strives to move toward justice through action. Members of JUICE have been a part of community events and gatherings that deal with the myriad issues of the prison industrial complex and the people of color who become chattel to a large corporate government.

When hearing about the issues of the prison industrial complex, some point fingers at cities such as Los Angeles or New York. However, Ithaca is no different when it comes to incarceration. During a teach-in April 12, hosted by the Coalition to Stop the Tompkins County Jail Expansion, Shawn Greenwood Working Group and the Prisoner Justice Network, many formerly incarcerated individuals spoke about their experiences with the legal system in Ithaca. Many, having been incarcerated only for possessing a small amount of marijuana, spoke about their frustration with the amount of time they were in the court system.

In fact, one of the main reasons for the energy of these three groups is Tompkins County’s decision to spend money expanding its jail. The county will borrow approximately $1 million, and taxpayers will pay an estimated $435,000 in interest on the money borrowed. These activist groups in Ithaca believe there is a more adequate way to use taxpayer money than further contributing to a broken and unjust system. When tax dollars are going to the expansion of a jail, every community member is contributing to the marginalization of people of color, as blacks and Latinos are more likely to be given harsher sentences and inhumane treatment when in prison.

Crime cannot explain the increase in incarceration since the 1990s, according to a 2010 report from the Center for Economic and Policy Research. A more accurate explanation would be the country’s $545 billion war on drugs, a racialized system that focuses on incarceration as opposed to rehabilitation of individuals who need support. As the U.S. government increases funding for corrections, the marginalized and poor become incarcerated largely because of minor drug offenses. This issue of race- and class-based oppression, and how institutions support it, is indicative of a larger problem of corporatization and profit of marginalization of those people who lack privilege. This is an incredibly important issue for our generation.

JUICE stays active through hosting events like “Know Your Rights” week and takes pride in its social activism, acknowledging that if anyone is complacent with the status quo, he or she is part of the problem. Only when there is a strong movement against institutions will any real change arise. On and off campus, the college has become a vital player in the U.S. anti-jail movements, and the college’s students will soon have to ask themselves whether or not they will stay complacent.