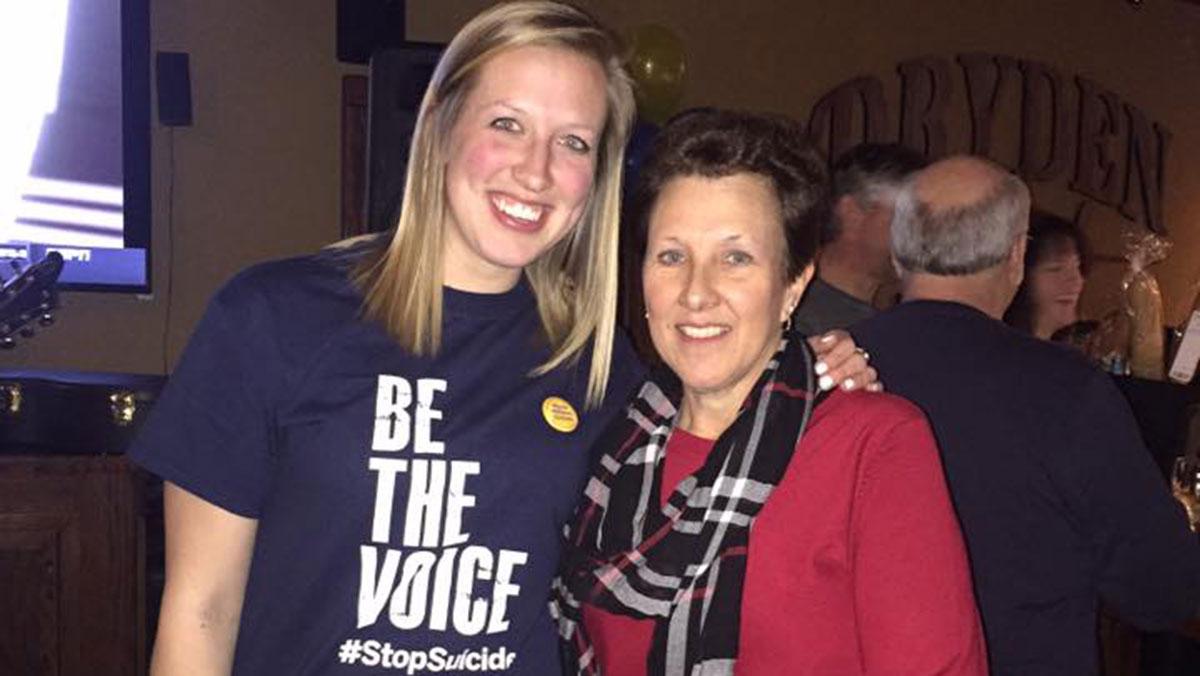 Courtesy of Cathy Lee
Michele Lee ’13 and her mother, Cathy Lee, hosted a fundraiser Feb. 20 at the Dryden Hotel, which they called “Miles for Michele,” to raise money toward Lee’s goal of $10,000 for the American Foundation for Suicide Prevention.
By Kayla Dwyer — Opinion Editor
Published: March 1, 2016

Michele Lee ’13 will go to great lengths to honor her father’s memory.

The Ithaca College graduate will run in the Boston Marathon on April 18 on a team of five people representing the American Foundation for Suicide Prevention. Her father, Keith Lee, was an Ithaca College Public Safety officer who died by his own hand in 2005.

Opinion Editor Kayla Dwyer spoke with Lee about how she got in the race, what AFSP means to her and what she will be thinking about during the run.

Kayla Dwyer: How were you able to secure a spot representing AFSP?

Michele Lee: They put out a call for applications — they get five bid numbers a year, so it’s pretty competitive — and you apply for it, and then they interviewed us. It’s kind of like a job interview. We went in and met a committee of four people that were deciding who was going to run for AFSP, and they determine it based on if they think you’ll be able to raise the $10,000 minimum, and run, obviously. Then they selected from I think it was 18 people who applied.

KD: Going from doing half marathons to your first full one — the Boston Marathon, no less — is tough. What inspired you to make the leap?

ML: A year ago, I had heard that they put out a call for applications, and I thought maybe, but I never thought I would run even a half marathon — I was a swimmer growing up and didn’t run that much. Then I thought about it some more, about what a challenge it would be. …  I knew that I would probably only ever run if it was for AFSP because of the meaning that it has for me and all of the things that they’ve done for my family over the years, so that was a no-brainer to apply to run for them.

KD: What kind of support did AFSP provide when your father died?

ML: They have a support group that I have been to, and they set those up in different communities. One is called SOLOS — Survivors of Loved Ones to Suicide. I also participated when I was 19 in my first Overnight Walk, which was an 18–mile walk, and they pick a different city every year. So that’s how I first got involved. It was an unforgettable experience, so I’ve been involved since then in any way that I can and staying such an advocate for suicide prevention and mental health.

ML: As of this week, I just surpassed it. … I had two events, one in Boston, where I was a guest bartender at a bar that allows us to do that and got all of the tips from the night. I have this fun game where people are guessing how long they think it’s going to take me to finish, and whoever is closest wins a grand prize. … Then I had a huge event at home last weekend, at the Dryden Hotel, where we charged people to get in, and we had somebody perform for a couple hours and had tons of raffle baskets. I went into it thinking I was only going to raise a couple thousand, but we raised over 4,000 for that event.

KD: What motivates you to be so active in celebrating your dad’s memory?

ML: To be able to be a part of something that, I hope, is saving lives — and I like to believe that that’s true — is kind of the driving force. If there’s one person out there that doesn’t go through with that, I think that that is still important. I don’t want any family to have to be in the situation that we are, but I think it’s so important to take those traumatic experiences and turn them into something positive and be able to make a difference.

KD: What will you be thinking about to overcome the mental challenge of the marathon?

ML: If I can run these 26 miles, it doesn’t even compare to the pain that all these people have felt in their lives. That was a driving force yesterday, and I think that will continue to be. … During the marathon, my dad’s always number one in my mind, and there’s not a run that I don’t think about him, but it’ll definitely be all the people that I know that have been affected and, unfortunately,  will be affected.