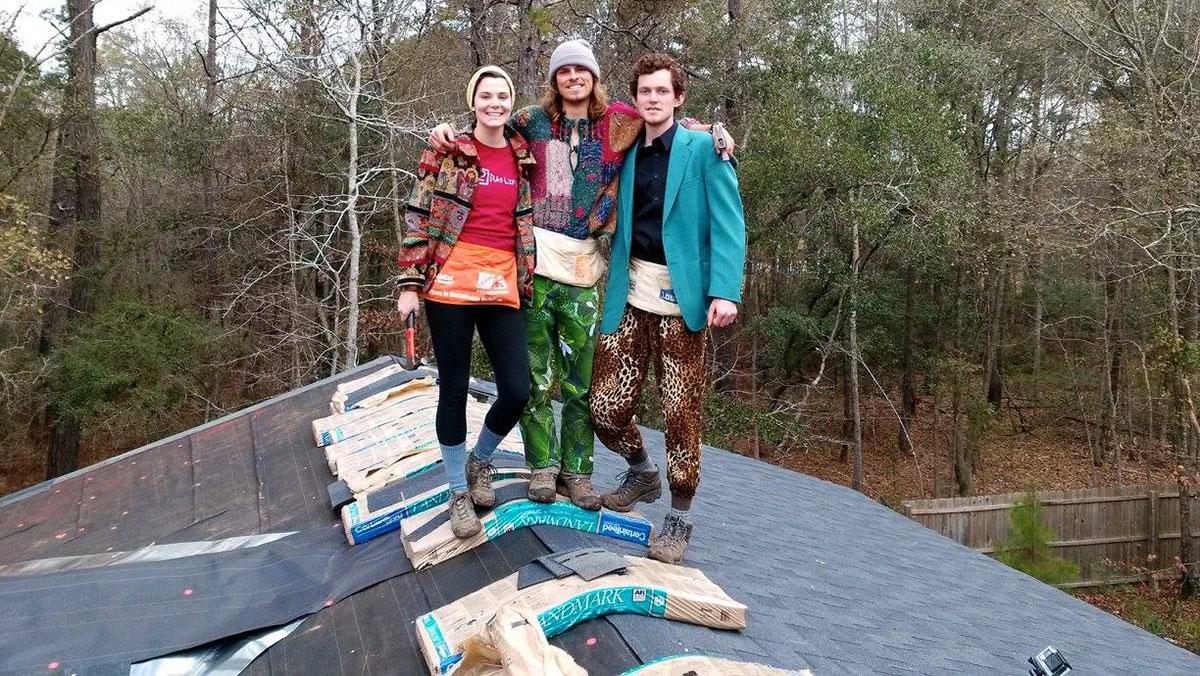 Senior Brendan Davis was recently recognized as a 2016 Newman Civic Fellow, an award given to college students and leaders dedicated to service work focused on seeking solutions for challenges faced by communities across the country. The award is given by Campus Compact, a national coalition of over 1,000 colleges nationwide committed to higher education.

During his time at Ithaca College, Davis has been involved with IC Habitat for Humanity, an international nonprofit Christian organization focused on building and renovating homes for people as well as increasing their access to affordable housing. In addition, as an integrated marketing communications major, Davis has worked with other nonprofits like Bicycles Against Poverty, Restoring Our Watershed and Island Impact Ministries. He is also the founder of Rás Life, a brand that promotes a passionate and active lifestyle.

Life & Culture Editor Celisa Calacal talked with Davis about his involvement with Habitat for Humanity and his passion for service work.

Celisa Calacal: Tell me about the service work that you do.

Brendan Davis: The service work I do, specifically in Ithaca, is Habitat for Humanity. Basically what Habitat for Humanity does is just we do a lot for affordable housing, and in the club, we do a lot of awareness, and we actually build homes. So, like every week, volunteers go to our affiliate in Corning. … They work on something like a house, and during the week, we talk about issues related to affordable housing and how to break down the social structures, social ideas of what affordable housing is and homelessness is — kind of make it known that it’s a societal issue, not an individual problem.

CC: What made you want to get involved with Habitat for Humanity?

BD: With Habitat for Humanity, I actually just went on a weekend build once with my friends, and from there it’s kind of just progressed. … I really loved the idea of what Habitat does and also with my classes — like sociology classes — learned more of the sociological aspects of issues, and from there I realized that … doing work with Habitat was more and more important than what I originally thought.

BD: I knew they were present, but I never understood exactly how big they were. I think a lot of people think that it’s really easy to blame individual people for their problems of homelessness or whatever, but there’s a lot more that goes into it. Nobody chooses to be homeless, it’s kind of this life. You get into it, or you’re born into a family that’s lower income, or these other things in society that kind of puts you in the place that you are, and when you are such low income or in that place, it’s very, very hard to get out. And I don’t think I understood that, and I think a lot of people think that Habitat’s just kind of giving away houses, but there’s actually a big program to prove that they are qualified to have this house so that they can sustain it. And then Habitat works with them and helps them pay off their loans in an interest-free way — it makes it more sustainable.

CC: How do you help Habitat for Humanity now raise awareness for people who are joining?

BD: We’ve had a few different events. We have a meeting every single week where we just invite people who are interested in learning about Habitat. They come, and we’ll watch short documentaries, different videos about how homelessness has been addressed in other cities, and we talk about ways we can eventually do that in Ithaca. And then we’ve had events where we’ve actually had speakers come and talk about their experiences being homeless or what they’ve done themselves to eliminate the problem. So there was a professor here, Fred Wilcox, who was homeless in New York City for nine years. … He will come and share his experiences, and it’s good because it adds kind of a human and personal understanding of what homelessness is, where not everybody grows up knowing somebody or talked to somebody who’s gone through it, and it makes it a little more understandable for them.

CC: Do you do any other service work besides Habitat for Humanity?

BD: I do Bomber Bikes. Bomber Bikes is a bike club on campus where we fix bikes for free and are promoting this idea of bikes as a single form of transportation. We’ll go down and volunteer at Streets Alive! and just fix bikes for people in the community who are in need. It’s kind of a theme with the service that I do: I like to do stuff that is hands-on.

CC: What do you like about that hands-on type of service work?

BD: For me, it’s always been the best way for me to learn. … It’s kind of the way I learn most things is by doing it. And building a house — the only way you can learn to build a house is if you start doing it. You can read as many books as you want or be told how to do it, but you’re not going to know if you can do it until you actually try.

CC: What inspires you to go out and help other people?

BD: I think the fact that I can. … There’s not really any deep meaning behind it. It’s kind of just … I can, and I want to, so that’s what I do. I’ve had a very fortunate life where I haven’t necessarily had some of these issues that people had, but I’ve definitely tried to help.