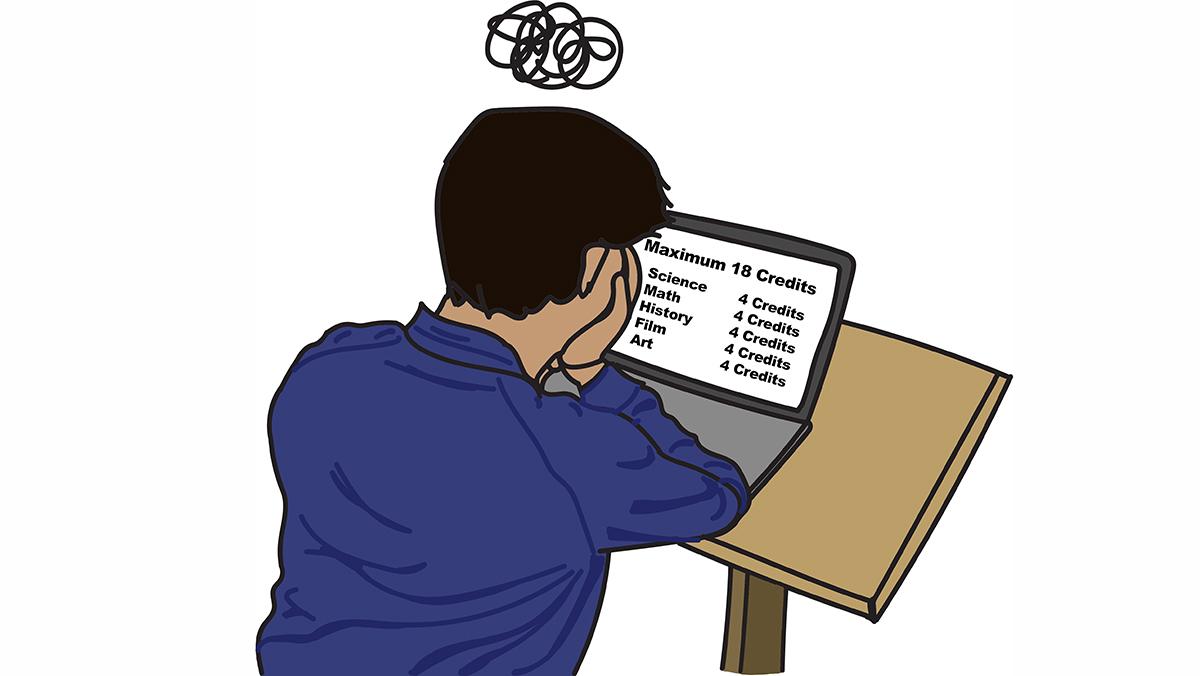 The new scheduling grid proposal may be designed with students in mind, but for some professors, it is already proving to be a headache.

The proposal, set to be enacted in Fall 2023, was shared with faculty in early October 2022 and met with mixed reactions.

“Where do we schedule an office hour? A 20–minute office hour doesn’t help anybody,” Thomas Pfaff, professor and chair in the Department of Mathematics, said.

Many students and professors feel confused around the idea of a new grid system and feel left out of the process that will determine their operating schedule.

Some professors feel the proposal designed in September 2022 is an injustice and not enough of their input was taken into consideration. Michael Smith, adviser and professor in the Department of History, said that only Provost Melanie Stein and the five deans created the proposal, despite an Intercom message calling for the members of Ithaca College’s community to form a Curricular Revision Liaison Committee.

The lack of communication has caused a general mistrust in the grid’s suitability for the college’s campus. A survey was sent to faculty members Oct. 17 asking them to provide feedback about the grid after making their schedule in accordance with the proposal. Additionally, much information regarding the logistics of the grid is under dispute, leaving much of the information up to speculation.

As the end of the Fall 2022 semester approaches, professors will send out course evaluations to their students to determine what changes they should make to their classes in the future with the schedule grid in mind. To avoid scheduling issues, professors should be considerate of their time allotments. It is better to schedule an enriching class within the most recent schedule and tweak it later. Perhaps this new grid can be a new opportunity to consider new classroom formats.

With the general consensus of the new schedule grid being unclear, professors can expect a stressful planning period for Fall 2023.