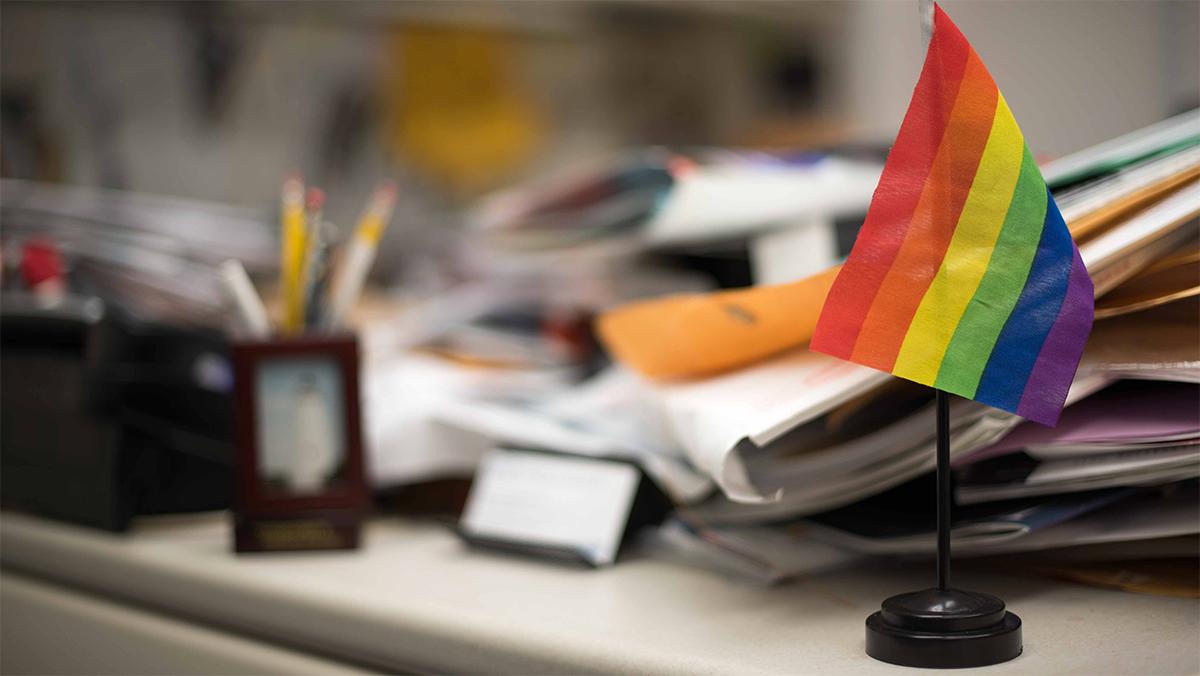 File Photo/The Ithacan
Many LGBTQ advocates fear that Trump and his administration will roll back the progress that has been gained for LGBTQ people.
By Celisa Calacal — Opinion Editor
Published: February 22, 2017

Despite recent executive orders that were imposed upon immigrant communities and Muslims, and vocalized disagreement with the Black Lives Matter movement, President Donald Trump has subsequently positioned himself as a friend of the lesbian, gay, bisexual, transgender and queer community. However, many allies and advocates for LGBTQ rights remain concerned about how the president will impact them.

Trump has made several statements in the past apparently expressing support for the LGBTQ community. In mid-January, the White House published a statement saying the president was “supportive of LGBT rights.” On Jan. 30, the administration also said the president would leave in place an executive order signed by former President Barack Obama protecting the rights of LGBTQ people who were federal employees.

Many LGBTQ rights advocates, however, remain concerned that Trump may still roll back the clock on years of progress. Trump has consistently opposed same-sex marriage in the past, for instance, and disagreed with the 2015 Supreme Court decision in Obergefell v. Hodges, which made marriage equality the law of the land.

Concerns have also been raised on how Trump’s Supreme Court nominee, Neil Gorsuch, will interpret the marriage equality decision. Though Gorsuch has not ruled on any gay rights cases while serving on the U.S. 10th Circuit Court of Appeals, an op-ed published in the National Review in 2005 shows Gorsuch mocking the fight for marriage equality taking place in the courts.

Trump has also positioned himself as being against transgender equality. The president has previously supported HB2, the North Carolina law that bars transgender people from using the bathroom that matches their gender identity and bans municipalities from passing their own anti-discrimination policies against LGBTQ people. The Justice Department then announced Feb. 10 that it would not challenge an injunction preventing transgender students from using school restrooms and other facilities that correspond with their gender identity. The injunction was issued last August from the Federal District Court of Northern Texas after several states filed a lawsuit against the Obama administration for its position that Title IX applies to transgender students and bans sex discrimination in schools. On Feb. 22, his administration announced that the president does plan to rescind anti-discrimination protections for transgender students.

The president has also expressed support for the First Amendment Defense Act, a bill that would protect the rights of any business or person who refuses to serve LGBTQ customers on the basis of their religious beliefs on marriage. The law would also prohibit the federal government from taking action against these entities that discriminate against LGBTQ people. While the FADA was originally introduced in Congress in 2015, the bill stalled because of an expected veto from Obama. Last December, Republican Sens. Mike Lee and Ted Cruz announced they would reintroduce the FADA in Congress with the increased hopes that Trump will approve it.

While governor of Indiana, Vice President Mike Pence signed a bill that bears similarities to the FADA. Pence also supports conversion therapy and has previously said that marriage equality would result in “societal collapse.”