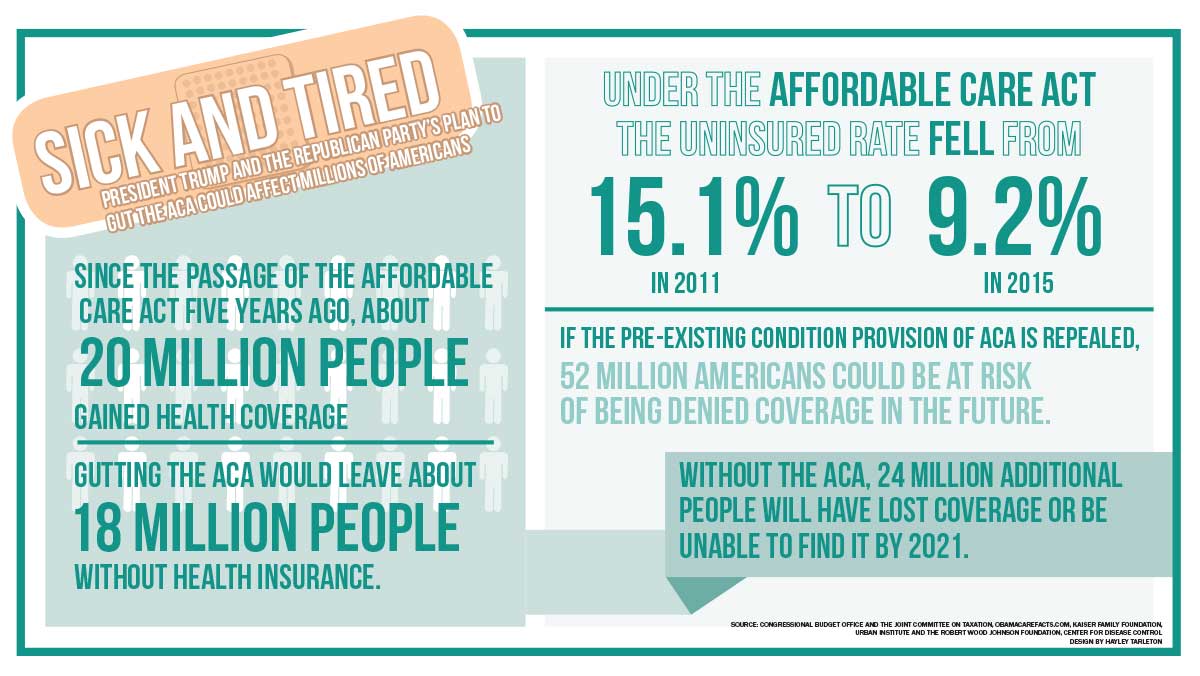 One of former President Barack Obama’s most significant accomplishments as president was the passing of the Affordable Care Act in 2010, a health care reform bill that to date has provided health insurance to an estimated 20 million people. Since its passing, the percentage of people who are uninsured has fallen from 15.1 percent in 2011 to 9.1 percent in 2015.

But the ACA, also known as “Obamacare,” may be repealed by President Donald Trump and the Republican Congress. Trump and many conservatives oppose the ACA because of the rising costs in premium rates — which are projected to rise by 25 percent in 2017 — and the perspective that the law increases the federal government’s power over the nation’s health care system without giving citizens much of a choice.

While the executive order itself does not automatically repeal the health care law, Congress has already gotten to work to dismantle it. During a marathon voting session called “vote-a-rama” Jan. 12, the Senate approved a budget resolution that instructed House and Senate committees to begin working on legislation revoking the ACA. The vote sets the stage for a reconciliation bill to repeal certain sections of the law without the threat of a filibuster from opposing Democrats.

The budget measure mandated that legislation repealing the ACA be drafted by Jan. 27, but no such action has been reported. In fact, reporting from The New York Times shows that many House Republicans are concerned about Trump’s “repeal and replace” plan and are struggling to find a replacement to the ACA.

Many politicians and citizens who oppose Trump’s plan to dismantle the ACA fear repealing the law will leave millions of people uninsured and at risk of being unable to pay for medical services or prescription medicine. According to research by the Congressional Budget Office and the Joint Committee on Taxation, gutting the ACA would leave 18 million people without health insurance. That number would increase to 27 million and then to an estimated 32 million people by the year 2026.