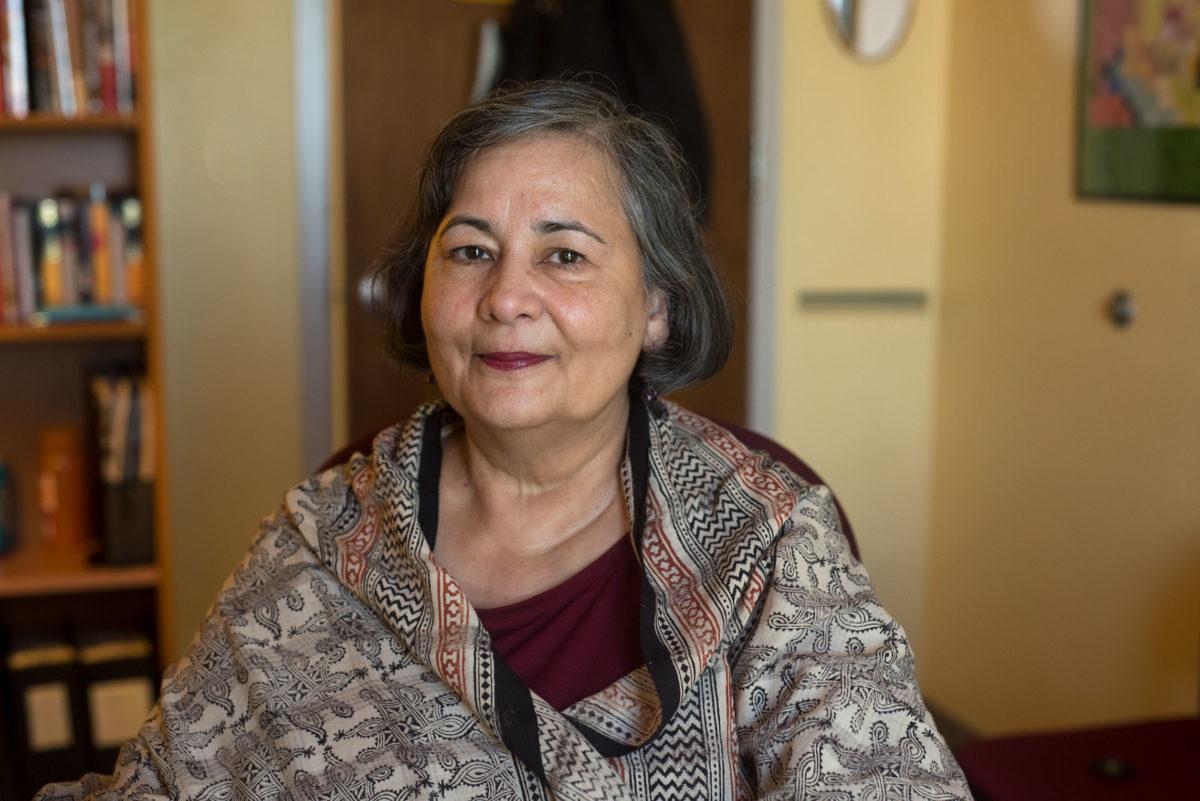 During the summer, Ithaca College politics professor Asma Barlas spent a month in Russia teaching a seminar on Islam.

The summer school program, which connects Stony Brook University to St. Petersburg State University, offers courses to students in Russia and throughout western Europe. Barlas has been teaching this class at the St. Petersburg Institute of Linguistics, Cognition, and Culture for the past four years, and has also been teaching a similar course at Ithaca College called “Understanding Islam.”

Opinion Editor Celisa Calacal spoke with Barlas about her experiences teaching this seminar, the differences between teaching this class in Russia and teaching it at the college, and how her students broke down their misconceptions of Islam throughout the class.

Celisa Calacal: What has been your experience teaching this class to Russian students?

Asma Barlas: The openness of the students to them questioning their own beliefs. Sometimes in the U.S., I have to work really hard against the grain. … I think one of the differences is that after very strong and open resistance to certain ideas, which is far more vehement and in-your-face than I am used to in the U.S., students would just say things … because their notion of what is and isn’t appropriate to say differs. … But that’s also in a way very engaging and endearing because then, I know exactly what they’re bringing to the class instead of sort of dancing around really difficult issues for, like, six weeks before somebody speaks their mind. So, I think what’s always amazed me is how serious they are about what they’re hearing, how passionate they can get, many times, in engaging me around those issues, and how open they become to a process of rethinking their own ideas while the course is in session. So, it’s not something that happens after the fact. … I get a sense that, on the whole, the students I encounter in other parts of the world … are intellectually more curious about others than U.S. people are. I think U.S. people generally, and students often, you know, their universe seems to be their own country.

CC: How did the events over the summer shape the class discussion?

AB: What the students shared with me was the way the political elites in their home country are picking up on some of the Western rhetoric around Islamic and Muslim terrorism to use against their own populations or as a way to drum up fear. So, the woman from Poland basically said, although there are no Muslims in Poland, some of the … Polish leaders … are speaking about how Sharia would take over Europe. And then … Polish women wouldn’t be able to ride their bikes or they would be riding their bikes in burkas, so … I had to laugh at that point. But can you imagine — they thought that Sharia is an imminent threat to Poland. I mean, this is how absurd their discussion and this imagery and this discussion of Islam has gotten and this imagery of Muslims as terrorists — it’s pretty disheartening in that way.

CC: There’s also a lot of discussion of Muslim women and how they’re oppressed and that’s kind of the stereotype. How do you try to break down those misconceptions?

AB: Well, because I don’t lecture and we speak around texts — I let students carry the conversation in whatever directions they want. And last year, where I had a smaller class of 10 women and there was more intense discussion, I think for one and a half sessions they basically just narrated all of the worst possible things they could about Muslim women that they had heard, or read, or which they thought were real. But in the second session, of their own accord, they began to challenge this narrative and started talking about the violence that Russian men do. And I was sort of quite stunned by that change in conversation because they ended up saying that Russian men … are the most violent men. And I was quite taken aback by that. … From the perspective of Russian women who began by, you know, speaking about Muslim men being oppressors and sexist and ended up critiquing their own males — I’ve never seen that happen in the United States ever. The critique of the other remains the critique of the other — it never becomes an opportunity for self-critique.

CC: Because you’ve been teaching over a couple years, how have you seen the class evolve from when you started to where it is now?

AB: In some ways, you know, there isn’t an evolution, because in many ways … the discourse on Islam seems to be very static and fixed. And so probably that’s one of the harder things about teaching this course is it’s like always starting from scratch every time. Once in awhile, I’ll get a student who’s maybe somewhat more informed — but generally, no. But, I have to share this one experience of a Russian male student — very secular, didn’t know anything about Islam, had never heard about Islamic feminism, didn’t know a word or verse from the Quran. And he began the course by combatting me … on pretty much anything I said, on pretty much any of the text he read. But, as his final paper, he produced a defense of Muslim women’s rights to claim the right of Muslim women to use the Quran to claim rights. Can you imagine? … I mean, he literally seemed to put himself in the position of the other. … That just blew me away. … He was able to actually write a paper that made perfect sense from a perspective of a Muslim woman. So that’s the kind of thing that I find incredible.

Commentary: Political tension is a source of Islamophobia

With recent ISIS activity taking the forefront of the media coverage, the fear of terrorists is on high alert. People see a man in a turban in the airport and automatically rush to the worst-case scenario. I would like to take the opportunity to say this: Islam does not equal ISIS.

Muslim Does Not Mean Terrorist: Inside Islamic Discrimination