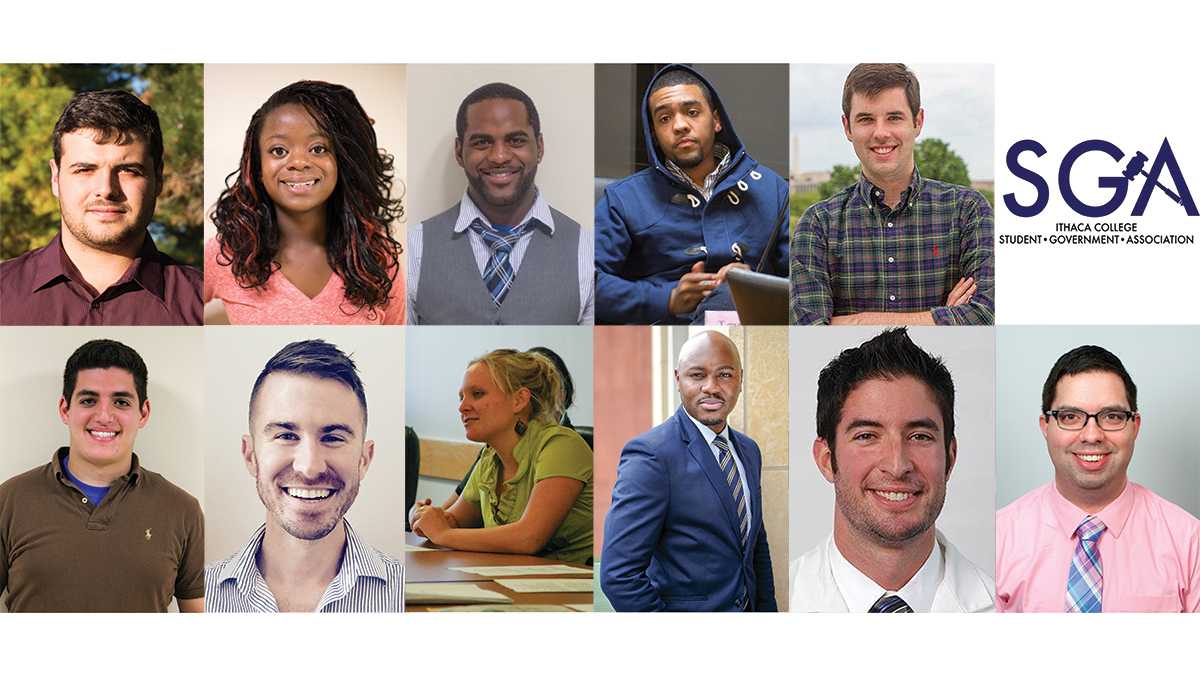 As hundreds of Ithaca College students and alumni rise up against institutional racism on the campus we once called home, we as former presidents of the student body and student trustees felt it important that we add our voices to the many who are standing with POC at IC. Even more importantly, our years of experience in dealing with President Tom Rochon offer us the perspective to make one thing perfectly clear: his disappointing leadership is nothing new.

We support the POC at IC movement and join them in standing against the exclusion, racism, and ignorance on our campus. The Ithaca College community deserves better. Unfortunately, we are not surprised by the administration’s incompetent, bumbling, and tin-eared response. Racism is hardly a new phenomenon at Ithaca College nor at universities across the country, but Rochon’s disinterest in improving the student experience has all but ensured the current climate on South Hill.

When he was hired in 2008, Rochon faced the challenging and necessary task of guiding Ithaca College through tough financial times. He has used those concerns, however, to justify excluding the participation of campus stakeholders, including students and the leaders elected to represent them. His history of sacrificing the quality of IC’s living, studying, and working cultures through top-down leadership long precedes recent incidents on campus.

One need not look further than his decision to eliminate the Vice President of Student Affairs position after Brian McAree’s retirement in 2012. McAree, a staunch advocate for students, was the only direct line of communication between student leaders and the highest decision makers on campus. Rochon’s decision to cut this position was unilateral and made no efforts to replicate the same level of student access in the new, more-centralized administrative structure.

There was also Rochon’s 2012 media policy, which was designed to severely curtail the Ithacan’s and other media’s access to nearly every campus administrator. Student sit-ins and other protests forced him to rescind his policy just weeks later, but the fact that he considered it a good idea at all demonstrated how little transparency he wanted his administration to have with students.

Rochon’s interest in creating barriers to prevent student feedback from reaching campus decision-makers has presented itself in other ways. For example, he eliminated the student report to the Board of Trustees, ensuring that the student selected to serve on the board would be reduced to nothing more than a symbolic placeholder, rather than someone entrusted to speak on behalf of student experiences.

When students offered concerns about the implementation of IC 20/20, Rochon’s grand strategic plan for the college, he callously dismissed the feedback, comparing it to a patient dictating what a doctor should prescribe. Instead of considering the input of students, he spent no small amount of institutional resources on the Huron review, which produced only a few minor changes like raising parking fees and the controversial closing of the Rochester campus — more heat than light.

In 2012, Ithaca College conducted a campus climate survey, the first to collect feedback not only from students, but from faculty and staff as well. It would take several years, however, for any of that survey’s troubling results to be made public. In a recent interview with the Ithacan, Rochon claimed that “it is not true” that he nor anyone else knew the results of the survey, but this is misleading. As he clarified, he simply wasn’t satisfied with the level of analysis and didn’t take any proactive steps to rectify his concerns. In contrast, his level of direct engagement in the doomed mascot search demonstrated how proactive he could have been if he’d set his mind to it.

It’s unclear if any level of analysis would have motivated Rochon to take action. As he said in the same interview, he wasn’t sure that the campus was “ready” to tackle issues of diversity and inclusion in years past. What seems to be the more accurate admission was that it took him several years — and recent incidents — to find an angle for “constructive leadership” on such matters. We’re skeptical he’s found one yet.

Taken together, these actions, among countless others, have sent a clear message that Tom Rochon does not trust students and believes their feedback to be worthless.

At the end of the day, students know more about their experiences living and learning on campus than anybody else. By constantly turning a cold shoulder to students and disregarding the notion that their perspective even has any value, Rochon sowed the seeds for the votes of no confidence he rightfully now faces. Though our perspective here reflects only that of student leaders, we know that faculty and staff share their own concerns with his administration.

Those of us who witnessed the transition from Peggy Williams’s presidency know that this is not what Ithaca College’s leadership must look like. Indeed, Williams admirably demonstrated what a college looks like when all constituencies have easy access to administrators and the campus is dedicated to community engagement. She also modeled proactive leadership when racist and anti-LGBT incidents happened on campus, standing in solidarity with students during 2005’s “Erase the Hate” rally — not needing to be asked to respond. Rochon’s burden of navigating IC through the country’s economic collapse does not explain nor justify the way he shifted the culture away from such collaborative shared governance across campus.

As we’ve watched recent events unfold, it comes as no shock to us that in the face of concerns about structural racism facing academic leaders nationwide, Rochon withered and failed to respond adequately. Not even his most recent responses show any indication that he is capable of advancing Ithaca College’s future. We believe it is time for him to resign and allow for a new leader who can actually be trusted to advocate for all members of the Ithaca College community — someone whose vision isn’t just 20/20, but 360 degrees.