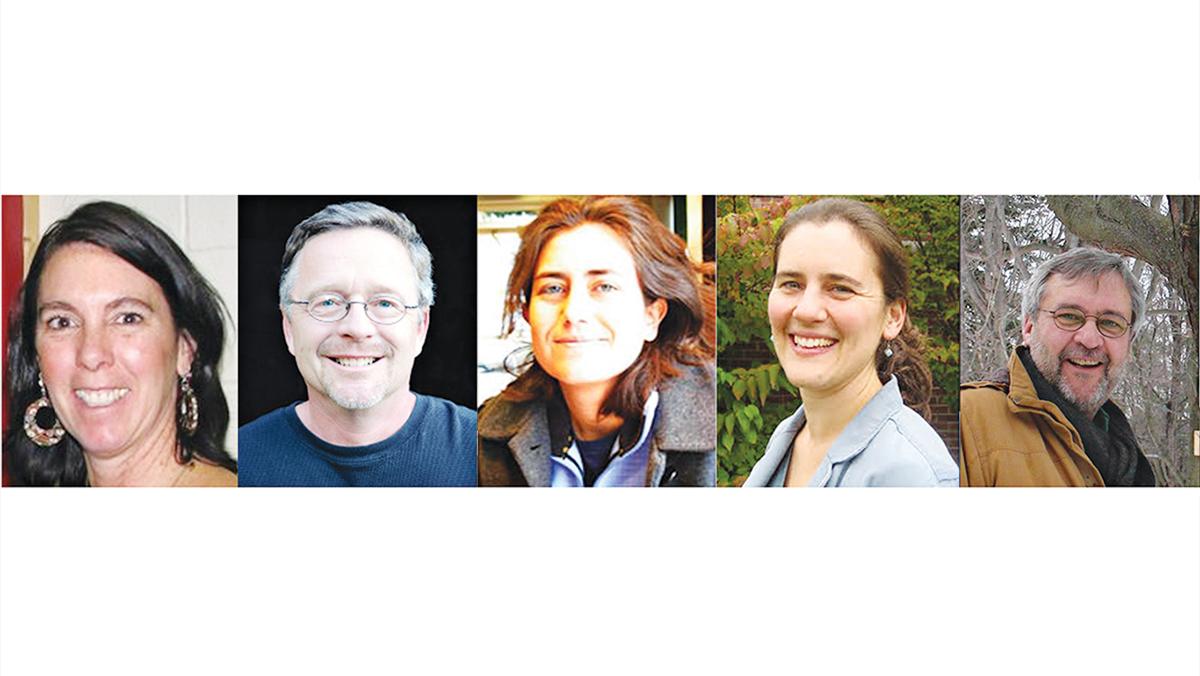 There is much discussion of IC’s top down management style and how this has shaped our college and influenced curricular development under the administration of Tom Rochon. To guide decisions, he has followed consultants to privileges marketing a college experience over intellectual criteria, which has damaged our college severely. We are grateful to the students, particularly students of color, who have demanded public discussion about this administration’s inaction and poor record on structural racism. As these concerns mount we offer yet another example of how Rochon’s administrative style has impacted our intellectual climate by undermining grass-roots faculty efforts in the area of sustainability.

Sustainability became a hallmark of IC curriculum under the visionary leadership of President Peggy Williams. The history of sustainability at the IC web page (http://www.ithaca.edu/sustainability/history/) documents an initiative that “emerged organically from the grassroots conversations among all constituencies of the College that led to the creation of the Ithaca College Institutional Plan, completed in the spring of 2001.” Many faculty rallied around sustainability as a central theme and began to develop curriculum that was truly interdisciplinary and which created to numerous opportunities for student engagement at multiple levels. Support began to wane upon arrival of President Rochon. Perusing the college website further reveals that news about curricular related initiatives in sustainability begin to dry up considerably by 2011. Indeed, from 2005 to 2010 IC sent delegations of faculty and students to each annual United Nations Framework Convention on Climate Change (UNFCCC). For each UNFCCC from 2011 on our website states, “We did not send a delegation this year.” In May of 2014 Marian Brown, who had competently coordinated IC’s sustainability initiative since 2004, left to take on the position of Director of the Wells Institute of Sustainability and the Environment at Wells College.

The history of sustainability web page today lists as the first of five “elements at the heart of the plan,” ”fiscal stability and stewardship.” Other elements include “development of intellect and character,” “recognition of the changing world of higher education,” “sense of community,” and “appreciation for and investment in our learning environment, both our physical plant and our natural surroundings.” In listing fiscal stability first, this administration has defined sustainability so as to require administrative control over budgeting and institutional development. The organic curriculum and initiatives valued under Peggy Williams’ leadership have been short circuited. Today, many faculty members confirm that support for sustainability as a focus for interdisciplinary and immersive learning has been in retreat, if not under assault, and this was the topic of an article in The Ithacan, “Sustainability falls low on administration’s to-do list,” in The Ithacan on April 29, 2015.

In 2010 the authors of this article formed the core of an interdisciplinary cross-section of faculty who proposed a master degree program in sustainable international development for Ithaca College. Our proposal received enthusiastic support from then H&S dean Leslie Lewis. For the better part of a year we worked closely with the Division of Graduate and Professional Studies in developing a vision statement and curriculum that drew on the best that IC had to offer in this area. The final proposal was reviewed favorably by Graduate and Professional Studies and sent on to IC’s marketing department to determine if the program would be viable in attracting students. It never emerged from this evaluative process. Upon her arrival at IC Marisa Kelley, the new provost charged with overseeing implementation of IC 20/20, decreed that no new programs would be considered and existing ones would be reviewed. Such decrees are part of a pattern at IC that combine with frequent turnover in administrative positions to produce an unstable and uncertain academic environment in which faculty find it difficult to engage in long term planning and program development that is not in service to IC 20/20.

We put tremendous forethought, research and effort into establishing a curriculum that addressed critically important issues in international sustainability. Such programs are in high demand at colleges and universities across the nation. This was an organic, faculty-driven initiative that addressed issues of global concern based on solid, interdisciplinary approaches that were available within the college and widely supported by our faculty community. This program would have provided students with the opportunity to establish professional credentials that would have empowered them to seek positions beyond the basic entry level in a wide range of career paths associated with sustainable development.

Stories like this one at IC have demoralized faculty. They also highlight the fact that our current administration has short circuited faculty efforts at curricular development and deprived students of opportunities to be a part of a truly interdisciplinary and immersive learning community.