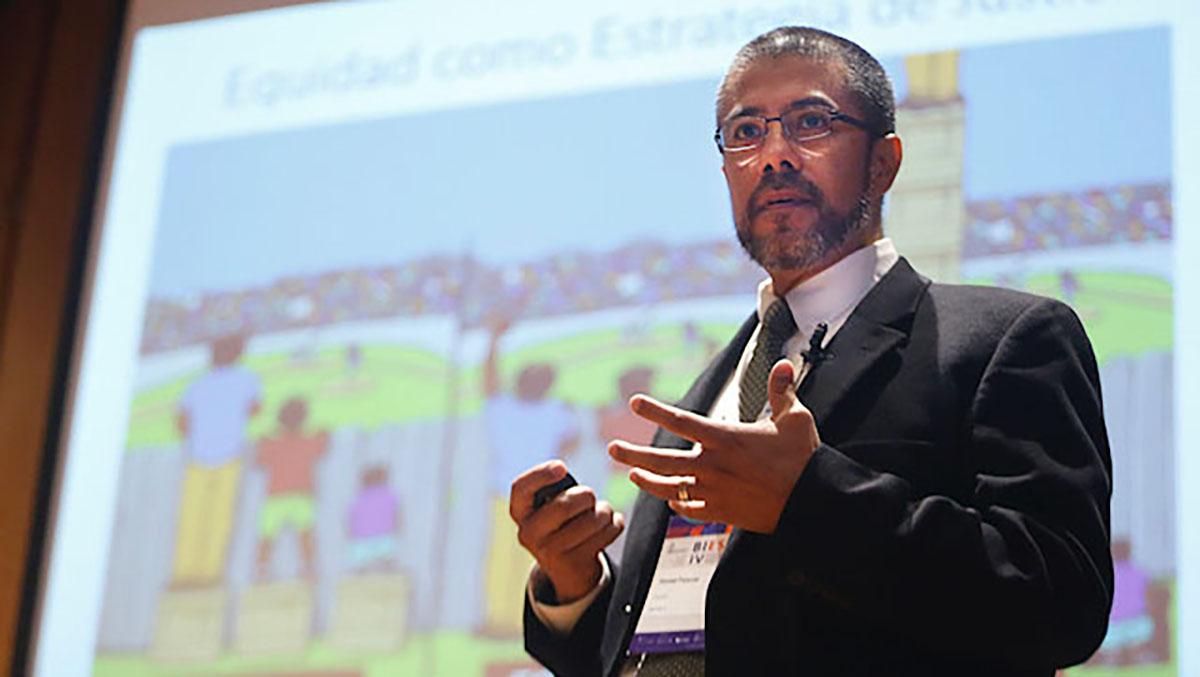 Daniel Pascoe Aguilar, executive director of Career Services at Ithaca College, recently gave a keynote presentation of career development at BIESTRA — the Biennial Meeting of Higher Education and the World of Work — a career development conference in Chile.

Opinion Editor Meaghan McElroy spoke with him about his presentation, finding meaning in work and presenting his work in Spanish.

Daniel Pascoe Aguilar: The U.S. has NACE [National Association of Colleges and Employers], it’s a big association. We have big conferences, we have research coming out of that, we have a lot of good stuff coming out of that network. The country of Chile has developed … five or six years ago, a similar thing. It’s not an association, but they do a conference every other year on higher education and the workforce. … I present at NASPA [Student Affairs Administrators in Higher Education] often … and the delegation of Chile was there and they saw me present, and they got excited. They invited me to be one of the keynotes for BIESTRA. There was someone from Canada, someone from Oxford in the U.K. and then there was me. I was the only keynote in Spanish, which was exciting.

MM: What exactly did you present on when you were there?

DPA: I talked about career development and what it is. I talked about some data that was really powerful to think about, like, did you know that 87 percent of the world’s workforce is having a hard time finding meaning in what they do? Eighty-seven percent! You know what that means? Only 13 percent of workers across the globe are invested in and excited about what they do. One of our arguments is, how do you solve sustainability, economy, social justice, international relations problems when you only have 13 percent of the people working engaged in doing that work? We have a crisis. … I did that presentation, and then I did another presentation on large–scale programs and efforts to facilitate the career development of students.

MM: What is it exactly that interests you in doing career development for college students?

DPA: What interests me the most — and I say this in all my presentations — is the number that I gave you. The challenges that we’re facing have become systemic. My generation and older generations, we haven’t been able to solve these problems. The world is not looking like we need it or what we’d like it to be. I have a 3-year-old, and I worry about her future every day, so I’m excited about working with a new generation of leaders that will help us think outside the box. That’s what I think my job is, and it gets me out of bed like a spring. It’s one of the most important things I think we can be doing.

MM: What’s the most important step to make sure that people do find meaning in their work?

DPA: It’s very simple. It’s going inwards and going backwards. We do an exercise that the community has reacted to very well. … We ask people first thing — what are the two most exciting things that have happened to you in the past five years? Take out of that what motivates you, and then use that to identify careers. It uses what works for you. What gets confused too often is, what would I like doing? You’re basing your decision–making on what you think you might like, but you haven’t been there. But if you go backwards and say, “Oh gosh, this project was incredible. I loved it, I’m so proud of it.” OK, so maybe you can do that project for a living — let’s find it. If not, maybe you can create it, and if not, maybe you can take all of the pieces you loved and find it somewhere. That is valuable because it comes from you. It’s something we already know that engaged you.

MM: What, for you, was the most exciting part of being able to present in your native language and then being able to work with universities on a global scale?

DPA: Something that’s interesting about the United States is that so much of our career development depends on what happens at each university. We have associations, and we figure out what the others do, but we haven’t made a concerted effort to impact policy. Canada presented, and they have this framework that they have made governmental policy, and every education institution implements this plan. From K-12, all the way until you’re an alum. … The United States hasn’t done that much, and I want to figure out how everyone else is doing that. … I have another fun way to respond to this last question. I was born and grew up in Mexico City. All my family is back in Mexico, I have a huge community in Mexico, and we’re all connected through social media. For the first time, I was able to show them in Spanish what I do. That is still developing in Mexico, so even talking about career services, people don’t really know what that is. They televised my presentation and they recorded it, so I was able to send them a link … so my Mexican community saw me. In terms of presenting in Spanish, that was really meaningful.

After dealing with an unprecedented influx of students last year, Ithaca College has decided to take steps to accommodate anticipated student housing issues in the upcoming years.