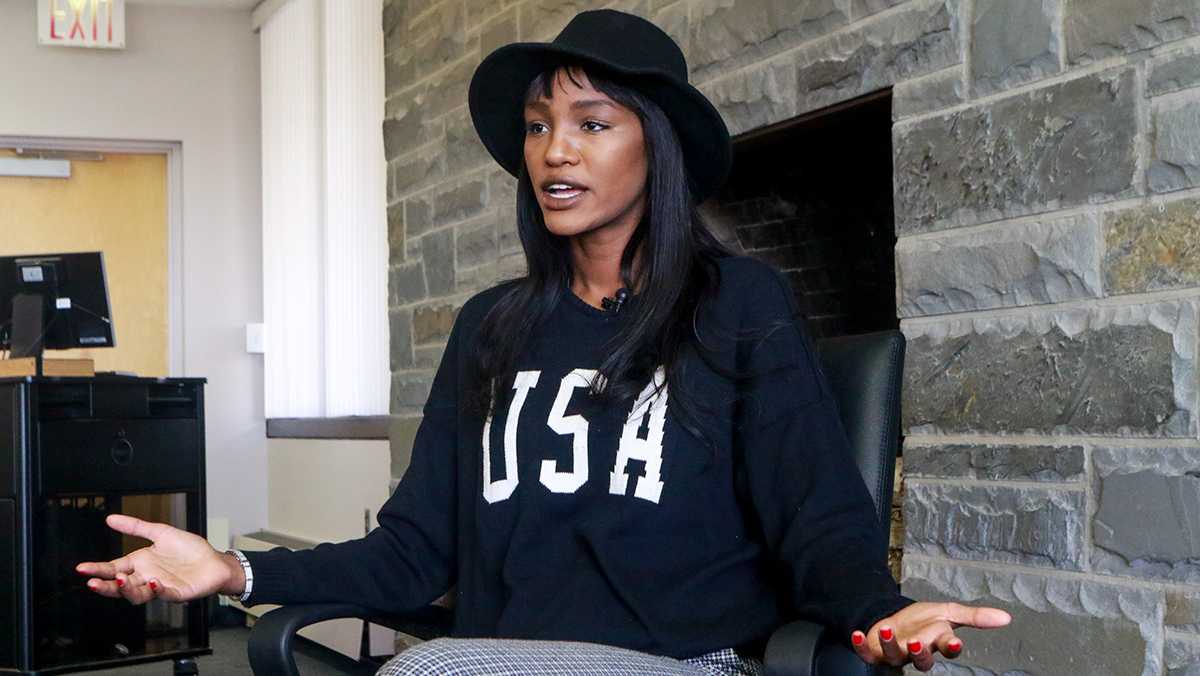 Yityish “Titi” Aynaw made history in 2013 when she became both the first Ethiopian-born and first black woman to win Miss Israel.

Aynaw visited Ithaca College and Cornell University to speak to students as part of a U.S. campus tour with the Jewish National Fund. Prior to Miss Israel, Aynaw was a lieutenant in the Military Defense Force of the Israeli Defense Forces. Since winning Miss Israel, Aynaw has become a television personality and created a community center for at-risk teens called Project Titi.

Opinion Editor Celisa Calacal and Newswatch Producer Christy Calcagno spoke with Aynaw about her experiences with the Miss Israel pageant, the Israeli-Palestinian conflict and her time with the IDF.

Christy Calcagno: Tell me about your experiences being an Ethiopian immigrant and a woman in Israel.

Titi Aynaw: I can definitely say that the first generation of the immigration family — not only in Ethiopia, [but] everybody that’s coming to Israel — they have many struggles. They have many things to learn. My grandmother, she used to graze her food. And she didn’t use a car. She didn’t have a keychain to really drive. And then she moved to Israel and needed to learn everything from zero. So as a woman, I would like to say I never feel a difference. I never feel that I have less, that I didn’t feel less from the men. For me, it was always equal. But as an immigrant family, I can say that my parents or the people that don’t know the language have many, many struggles. … I believe that the second generation of every community that comes to Israel is getting better because they’re born there. They learn the language. They learn the culture, and they’re fitting in better from the first generation.

Calcagno: How was the Miss Israel pageant for you?

TA: Well, this is a funny story because I didn’t really plan to be [Miss] Israel. I didn’t really want that. It was my best friend’s dream — big dream — when I was 12. The first time that I came to the class … the first thing that she told me was, “Oh my god, you’re so pretty. We need to send you off to the competition. You’re gonna win, and we’re going to take the prize, the car.” This was still between us. Many years we were joking about that. When I finished, they just decided to send me to the competition without asking me. … There are stereotypes about the beauty queen contest, and I said I don’t want people to think that I’m a stupid girl — this is the stereotype about these girls. And also, I had plans in my life. I want to go to the university, and I’m not sure that I want to do it in this way. But I realized it’s about the opportunity that I get if I will win the competition. Maybe I can change my life. Maybe I can change my community life or help other people. So there is many questions. Even when I got there the first day on the audition, everybody was dressed up — hair, makeup, high shoes — and me like with T-shirt, no makeup, nothing, flip–flop, shoes. … Everything was new for me; I didn’t know how to walk with high shoes. … I learned a lot. I learned about fashion more. I learned to do photo shoots. … At the same time, we did a really good job, and we served the community in different ways. … So I didn’t have many problems, but I work hard.

Calcagno: Did your time as a cadet help you with the competition?

TA: I always have the drive in my life to work hard for everything. In the army, it just changes your life no matter which work you’re doing, if you are a commander or officer. You come to be more confident, more mature, more [of a] leader, and you learn a lot. And like I was 21, but there is [a] huge difference between me and 21-year-old other girls that do not serve in the army. And it’s a very huge difference. And I was giving classes, I was training my soldiers. So you become to be a teacher at a very young age and leader. And you need to make very, very serious decisions in your life and your soldiers’ lives. So of course it’s helped me a lot in the competition.

Celisa Calacal: How did your time in the IDF change your views on Israel?

TA: It didn’t change that much because first, I was in the military police. Second, you just need to serve your country. You do whatever you need. … Palestinian people, I work with them. I work with them at checkpoints, and I know there are many Palestinians that just want to come to Israel to work and bring food home. … And Israel gives this opportunity to work. … So I think the situation that we have, it’s not between the citizens. It’s more between the government and Hamas and the Hezbollah organizations. So this is how I see it. … We all the time respect each other in the checkpoints because I know there are people who really want to come to work. … The question is between … the wars, between the government and between Hamas organization and Hezbollah. I would like to say if you are going to ask Israelis and the Palestinians if you want peace to get a solution, we would say yes.

Calacal: What are some common misconceptions Americans have about Israel?

TA: There are people getting mistaken about Israel because they know about Israel from the news. They read about it from the newspaper and this is it. They don’t know what’s going on inside Israel. There’s people thinking there’s only war in Israel: If you go walking in Tel Aviv, you have a bomb. This is crazy. This is not our life. We live a beautiful life. We have different things in Israel. We have everything in Israel. … This is what I’m trying to say to students, to people: You don’t know too much about Israel. And I’m the good example of someone that comes to Israel when she was 12 and gets an amazing opportunity in my life to be something, to do everything. I have the chance and nobody stopped because I was black or I don’t know what. It’s about the change that we’re taking that the country gives you. It’s about living together even though we have really, really different cultures. And it’s about helping each other. … People sometimes ask me about the Palestinian situation, but I would like to say to people, to students that ask me, that it’s good. … People know more about Israel before they’re judging, before they come with questions. I want them to know about the both sides — Palestinian, Israeli — and then to ask me because I know the both sides. I lived there. I was a soldier. I know the Palestinian side. I know our side. This is what I want because it’s really not what you think, it’s different.

Calcagno: If you had to give advice to women, what would your message be?

TA: To young girls, I would say be confident. Be confident all the time. Look at yourself in the mirror and say, “I’m beautiful. I’m smart. I’m good.” This is to the young girls. … And be smart and don’t look to be like any other girls. Don’t try to be something that you’re not. Be a good student. Be smart and be confident. And for the woman, I would like to say that in 2017, there is a lot of women that own their house. They are raising their kid or they are working. So I would like to say that we are in 2017 and we can do everything. And if there is a woman that feels that she has less salary than the man, so fight for that. Do everything. We are wonder women, all of us. Just be you, just work and do your family. And then be confident. Do whatever you need to do.

This summer, U.S. Congress passed two resolutions that condemn the Palestinian Authority’s plan to approach the U.N. for state membership this month. The resolutions reaffirm U.S. commitment to a two-state solution settled by negotiations and threaten to halt aid if the PA continues to apply for membership.