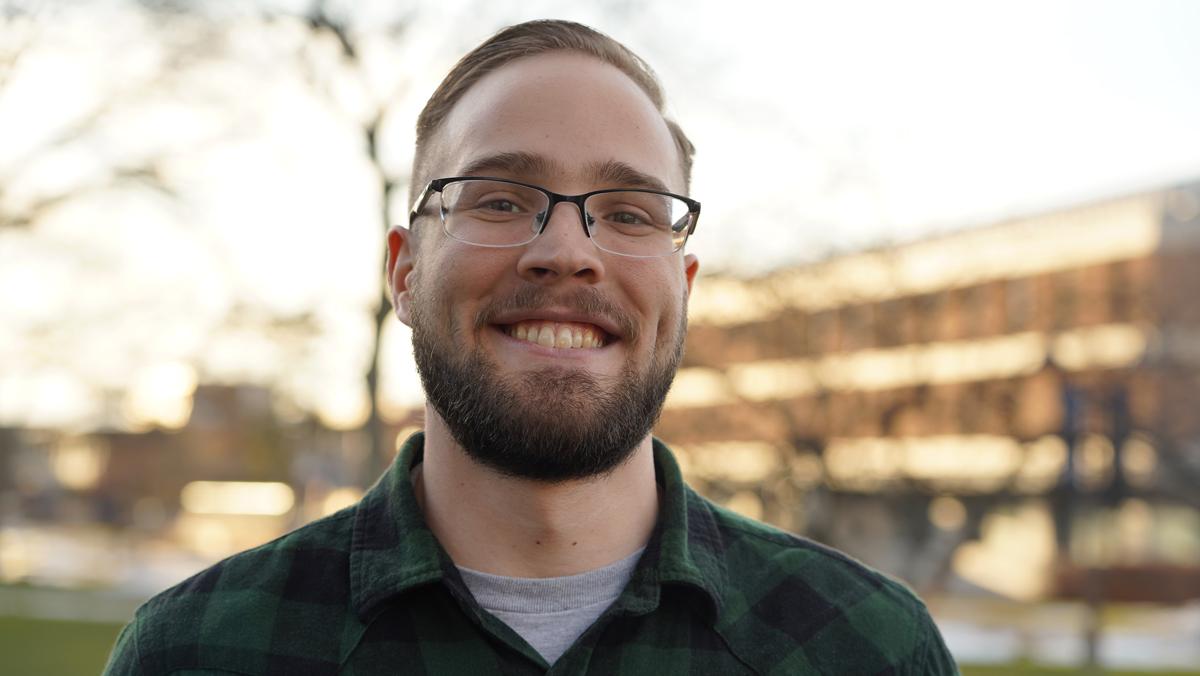 Austin Reid is a Springboard fellow who works with the Hillel professional staff at Ithaca College. Because of the work he does in the community on and off campus, Reid won the Rookie of the Year Award as a part of the Tompkins Chamber Fab5 Young Professional Awards.

Since joining the staff at the Office of Religious and Spiritual Life, Reid has worked to create events for Jewish LGBTQ students. In addition to the work he does with Hillel at Ithaca College, Reid is also a board member of Ithaca’s young professionals group called Tompkins Connect. The group works to better the community by organizing events and providing spaces for Ithacans under 40.

Opinion editor Kate Sustick spoke with Reid about this achievement and the continued work he does for both the young professionals of Ithaca as well as the Jewish community on the college’s campus.

Kate Sustick: What brought you to Ithaca?

Austin Reid: I finished up my undergraduate studies in spring of 2018, graduated in May of 2018. During my senior year, I was looking for positions. I was working in nonprofit work in Ohio, then I found out that Hillel International has this fellowship for young career professionals and recent college graduates, … the Springboard fellowship. … I started in July of 2018, and it will go through to the end of June 2020. It’s been an awesome experience. The job really represented an opportunity to learn a lot. I’m here as part of just a two-person, full-time staff. … As part of a small team, I get to do a lot. I get to work with many different kinds of students, and we get to run so many different kinds of programs.

KS: What drew you to continuing religious work as a career?

AR: I’ve always been working in this world of government relations, administration of higher education and learning about higher education. I wanted to do work that I could unite my interest in Jewish communal work and higher education, and Hillel really provided that opportunity for me. … I actually converted to Judaism in college at the end of my first year. I grew up attending a Catholic school, and it really got me thinking about theology. I always say if it wasn’t for me going to Catholic school, I don’t think I would have had the language and background to really sit down and read different thinkers. … My family’s religiously diverse. We have Jewish members of my family. There are Protestants in my family and Catholics. I had these questions and eventually found answers that work for me in Judaism.

KS: What was the moment that it clicked that you’d rather practice Judaism than Catholicism?

AR: I would say it was a pretty gradual process. For me, there was no “ah-ha” moment. … Growing up in Catholic school, I learned about original sin and the view of the world there, and I think that the Jewish faith does not really have original sin as part of its theology. For me, that was something I could better wrap my head around. It worked for me to have this idea where we are not underneath this. Every person is not necessarily bound up immediately from birth in this state. Also, I am gay, and I know that religions are very diverse. There’s affirming and accepting Catholic congregations now, but, at least where I grew up, that wasn’t what I grew up [around when] finding a spiritual home.

KS: I also wanted to ask about the Keshet chapter at Ithaca College and what your role was in its establishment.

AR: When I was hired, one thing it did for Hillel was nearly double the size of our staff. [Keshet] was something that students and even alumni of Hillel had been saying “This would be a really cool group to have on campus.” It’s a place for queer Jews to meet one another and learn more about what that intersection looks like. What I did in my first year here was make that feedback we’ve been hearing from our students and try to make that a reality by formally organizing a group. Students get really busy with their academic lives, working and other student work commitments that sometimes the staff can help. … Last year, we had a Pride Shabbat. We have had informal meetups. We’ll get meals together. We had a drag show last year. … Having a staff member helps bring it from the idea stage to reality. Keshet … is the desire to have a space primarily for queer students, [which] was lacking. We’ve had in our student leadership and staff queer representation for quite some time.

KS: You were recently awarded Rookie of the Year by the Fab5 Awards here in Ithaca. Could you tell me how that came to be?

AR: I’m on a board for a young professionals group in town called Tompkins Connect. It’s a group that provides community for individuals in Tompkins County that are under the age of 40, who are living and working here. [Tompkins Connect] are the ones who shared with me that I had won the award. It was kind of a surprise. … I’m not sure how often Ithaca College students see Ithaca as not just a place to go to college and learn during four or five years but really the best place [for] young people to settle here, have lives here and have careers here. That’s something the City of Ithaca and the local chamber of commerce have really been passionate about sharing. Ithaca is much more than just a college town.

KS: What do you hope for the future as a young professional in Ithaca?

AR: I’ll be starting a master’s program at [Cornell University] in the fall in public administration, … [a way to] better unite the skills I’ve learned over the last few years. And then, I don’t really know. I really enjoyed working in the nonprofit sector, … government affairs. I’m deciding what is the long–term route for me. The next job I have, like the way it works at Hillel, I just want it to be meaningful to me. I never have a day at work where I’m like, “I don’t want to go to work today.” I’m always like, “This is really cool. This is an awesome job, and I can’t believe I get to work with so many amazing student leaders and plan all of these cool events.” I get to be a part of making a real difference for people. I just hope that whatever next step after grad school, I get the similar feeling.