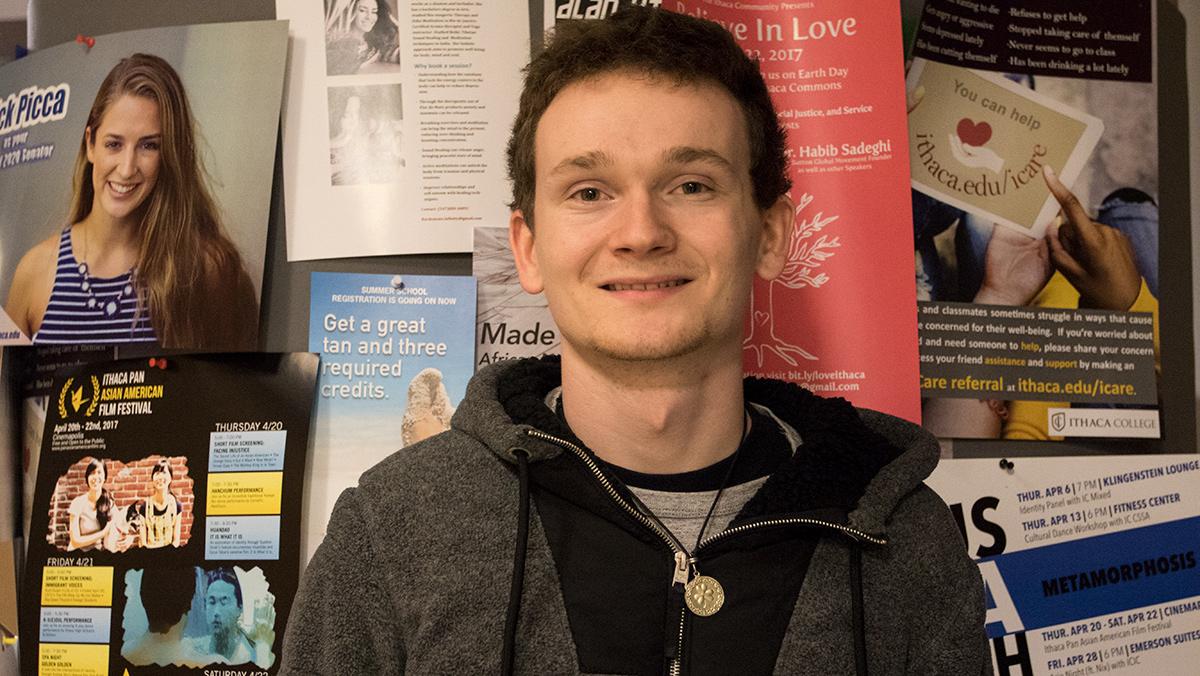 Fonseca then turned to molecular biology as a way to develop new methods of combating pollution and has recently received two prestigious national scholarships to assist with his research. He has been awarded the Barry Goldwater Scholarship, given to students pursuing research in the natural sciences, and was accepted to the Amgen Scholars Program, which will give Fonseca the opportunity to conduct research at the Massachusetts Institute of Technology.

Opinion Editor Celisa Calacal spoke with Fonseca about his molecular research, his passion for biology and his goals to combat pollution.

Celisa Calacal: How did you feel when you heard you received these awards?

Dallas Fonseca: So the first one I heard about was the Amgen Scholars Program at MIT. I found out in early March, and it was kind of on a day that I wasn’t expecting. … I was extremely excited and … I thought that nothing could get better from there. Essentially, I got my dream internship. And so I was extremely excited about that. And then finding out about the Goldwater Scholarship, I couldn’t move for a few hours. I was in extreme disbelief and then extreme excitement, and I’ve just kind of been riding that excitement ever since.

CC: What will you be doing as a result of the scholarships?

DF: So with the internship, I’ll be traveling to MIT, and I’ll be doing a nine-week internship in the lab of Dr. Catherine Drennan. And I’m going to be working with one of her graduate students in the lab. … The general outline is looking at the mechanisms of B12 delivery. … So I’m really excited to do that, especially because MIT is such a renowned institute. And also I want to go to graduate school, and MIT is potentially one of my graduate schools of choice. … Being able to have firsthand experience there, being around labs that do kind of what I want to do as a career, is going to be great.

CC: Can you talk about the research you’ve been doing leading up to this point?

DF: I started working in the lab of Dr. Te-Wen Lo in the biology department as a freshman. … But the project I’m currently working on that kind of led me to having these amazing opportunities, I believe, is looking at RNA-binding proteins and specifically their function in proliferation of a Germ Line. So we use the model organism Caenorhabditis elegans, and they’re a little tiny worm that lives on these agarose plates. … They are a great model organism for several reasons, especially for genetic studies. And so these organisms have these two proteins that look extremely similar to each other. However, they bind different substrates. And it turns out that these binding of different substrates cause them to have unique biological functions, but in the same exact region of the Germ Line. And so when you break one of these proteins — one of them being PUF-8 — when you break the PUF-8 protein, you result in a mitotic tumor formation right at the vulva. And so that’s a clear sign of cancer, and so it’s kind of like the worm has cancer right at its vulva. And so we were wondering: If you change the second protein that looks very similar to the first protein to have the same binding as the first protein, will it rescue that mitotic tumor and rescue that phenotype?

CC: What kind of outcome are you hoping to have with that kind of research?

DF: In kind of basic research as a whole, the general goal is to understand more because as much as you can understand, that leads to later studies being able to isolate those particular components for therapeutics, et cetera. In particular, my research will kind of elucidate some evolutionary mechanisms that are going on with protein development. So if you can imagine two proteins that look extremely similar to each other over evolutionary time, one came from the other, and small changes caused formation of a brand–new protein. And so if you can understand the small changes that led to that brand–new protein, you can kind of understand how evolution has progressed and how these proteins have developed from each other. And that can drive future studies as to, well, can we create new novel proteins, or can we rescue proteins if we can understand how they’ve evolutionarily evolved from each other.

CC: Where did you first find this interest in this kind of biology research?

DF: I originally wanted to be a music major, actually. … And I decided that music was more of a hobby sort of thing, and it wasn’t something I could do as a career. … And around the same time, the major BP oil spill happened in the Gulf of Mexico. And being from the Syracuse area, I had lived around Onondaga Lake, which is one of the most polluted lakes … and so these kinds of major environmental disaster kept happening, and I was really upset about it. I wanted to do something about it and to be someone who kind of works to fix these problems. So that was when I kind of dove more into science. I was really interested in looking at environmental conservation by altering organisms that exist in nature that naturally clean up the environment to make them better at their job, and to just naturally clean the environment as opposed to artificially cleaning it. And so that was kind of where I fell in love with science. And I pursued that goal of cleaning up the environment using microorganisms ever since.

CC: How do you hope that your own research addresses these pressing environmental issues?

DF: In my research, I use the revolutionary genome editing technique CRISPR/Cas-9. And so this revolutionary genome editing technique is able to create mutations in your DNA at a very specific location. And so this has kind of revolutionized the way we as scientists approach things, the way we do science. And so using this amazing technique and using this … is something I can carry forward with me going into graduate school and going into my career. Especially since I want to work with altering organisms that already exist, this is a powerful tool to do that so that the organism contains your mutation and it will never be lost. And you know, specifically, that there’s no off-target effects because it’s in the organism itself.

The National Science Foundation has awarded a $1.2 million grant to Ithaca College to encourage students to pursue teaching careers in science, technology, engineering and math.