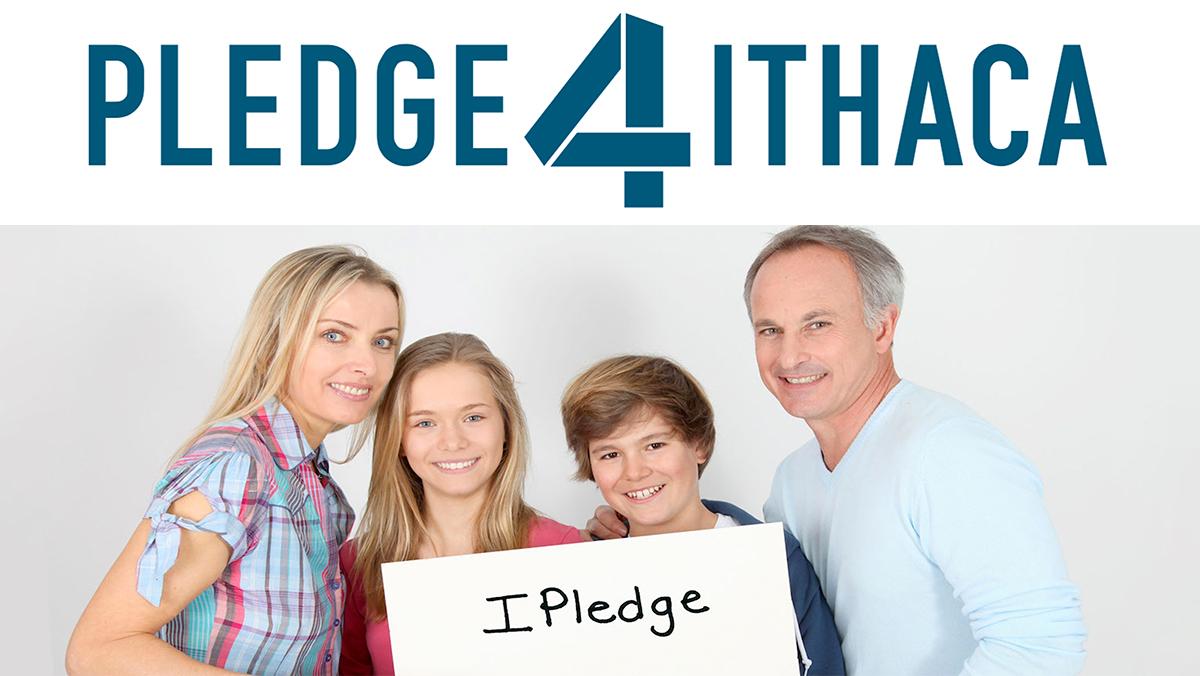 With much attention in recent years placed on sexual assault on college campuses, local advocacy organization PLEDGE 4 Ithaca seeks to raise awareness about the issue in elementary, middle and high schools.

Opinion Editor Celisa Calacal spoke with Jennifer Tavares, president of the Tompkins Chamber of Commerce and member of PLEDGE 4 Ithaca’s advisory board, about the organization’s mission, the importance of educating the community about sexual assault and resources PLEDGE hopes to provide.

Celisa Calacal: What is PLEDGE 4 Ithaca about?

Jennifer Tavares: PLEDGE 4 Ithaca is a local advocacy campaign. And PLEDGE actually stands for something. It’s an acronym. It stands for Protect, Listen, Educate, Defend, Guide and Empower, and the goals for the campaign really include supporting victims, ensuring that there’s additional prevention regarding sexual assault and violence, enhancing the educational opportunities … and then increasing awareness in the community regarding sexual assault and violence in our community at a lot of different age levels.

CC: Why was PLEDGE 4 Ithaca founded?

JT: Essentially, a group of individuals and community leaders that sort of had an increased awareness of issues regarding sexual assault and violence within our community and an enhanced awareness of the fact that while there had been a lot of initiatives — government–funded initiatives and educational initiatives at the college level to conduct more prevention initiatives and to educate both community members, parents, students, educators about sexual assault and violence — that there wasn’t really as much support at the younger age levels, so from K through 12. And so the goal was to again provide tools and increase awareness for parents and for educators and for the community in general, regarding both the frequency of acts of sexual violence and assault and the local support within the community for victims and for those that unfortunately were victims of sexual assault.

CC: What kind of resources does PLEDGE have in mind for people who have gone through sexual assault?

JT: The folks involved with the PLEDGE initiative were interested in increased victim support, potential training down the road, again, through elevated awareness of the frequency and also the community’s response and support network for those victims. So training and education for police, for health workers, prosecutors, judges, educators about how to respond to and best support victims of sexual assault and violence, that there would be a more proactive educational effort. There’s not actually required curriculum at the state level in New York state. School districts are supposed to provide sexual education or education about sexual assault and violence. And so what students may hear and learn, or what tools they may be given to protect themselves, or what tools their parents or families might have to educate them could be vastly different from one community to the next or one school district to the next. So an effort to bring more resources into the community is something the PLEDGE team felt was very important.

CC: What would sexual–assault education look like for younger people?

JT: So one of the initiatives that PLEDGE is interested in pursuing is having more resources that would be available through the health care network. So in doctor’s offices and at specific age checkups, there would be more resources made available to children and their parents so that they could learn more about the issue and also how to protect themselves. So that could be one way that PLEDGE could help garner additional resources and bring them into the community, and get them disseminated pretty comprehensively amongst the population.

JT: Our culture has some really interesting views about sex and sex education. As a parent — I think most of us as parents find these things awkward and difficult to talk about. I think most of our kids certainly find them difficult to talk about with their parents. So I think a big part of it is engaging in a more frequent and open dialogue so that it’s at least normalized that these things can be discussed in a home. And I think some of it has to do with, again, having the appropriate resources for both parents and children to have context for those conversations. I finally took it upon myself, and some of it was just thinking through these things after becoming more involved with this project, about how to talk to my children and how to have the right resources. And I took it upon myself to research and find some books that were age–appropriate that would help me explain to them not only how things worked from a scientific and functional perspective — because I think kids get that as they go up through the schools — but to really understand what is a normal and healthy relationship. … I think we talk with our kids about good touch, bad touch. And we talk a lot about bad touch, but we don’t give them enough in terms of education about what the other side of that means so that they will actually be able to recognize when something feels good and when something doesn’t feel good, again, to have more sex-positive conversations than only to focus on the negatives. And I think it really does come down to getting outside the awkward zone and having more resources at our fingertips. And you can’t just have that conversation one time. You can’t just say, “Oh we had the sex talk. I explained how it all works. We’re good now.” It needs to be a much more regular check-in. And kids need to learn that they can be comfortable talking about those things and they have questions that need to be answered. And I understand that not everyone has exactly the same philosophy. That’s a good place to start, anyway.

CC: What kind of response has PLEDGE 4 Ithaca gotten around the community?

JT: When we talk to folks, either in the media or when we’ve had conversations with community leaders and we share the data with them, I think … the most noteworthy response is the frequency with which people encounter these issues as they grow up. So for instance, we know that the 12 to 34 age group has the highest risk for sexual assault; that girls ages 16 to 19 are four times as likely to be victims of rape, attempted rape or sexual assault than the rest of the population; that 44 percent of victims are under 18 years of age and 29 percent of them are ages 12 to 17. So people are often really startled at what the statistics show, what the data show. And again, I think it’s just one of those things that if you’re not seeing it and experiencing it, you don’t necessarily know that it’s happening within your community or within your networks. And unfortunately, most victims do know their attacker, whether it’s an extended family member or a friend that they know from school or just within their community. Again, 93 percent of juvenile sexual–assault survivors know their attacker. So these are important conversations to have because it’s not necessarily the big, scary, unknown bogeyman that we need to be more aware of; it’s being aware of and having the tools to react to the situation within your environment.