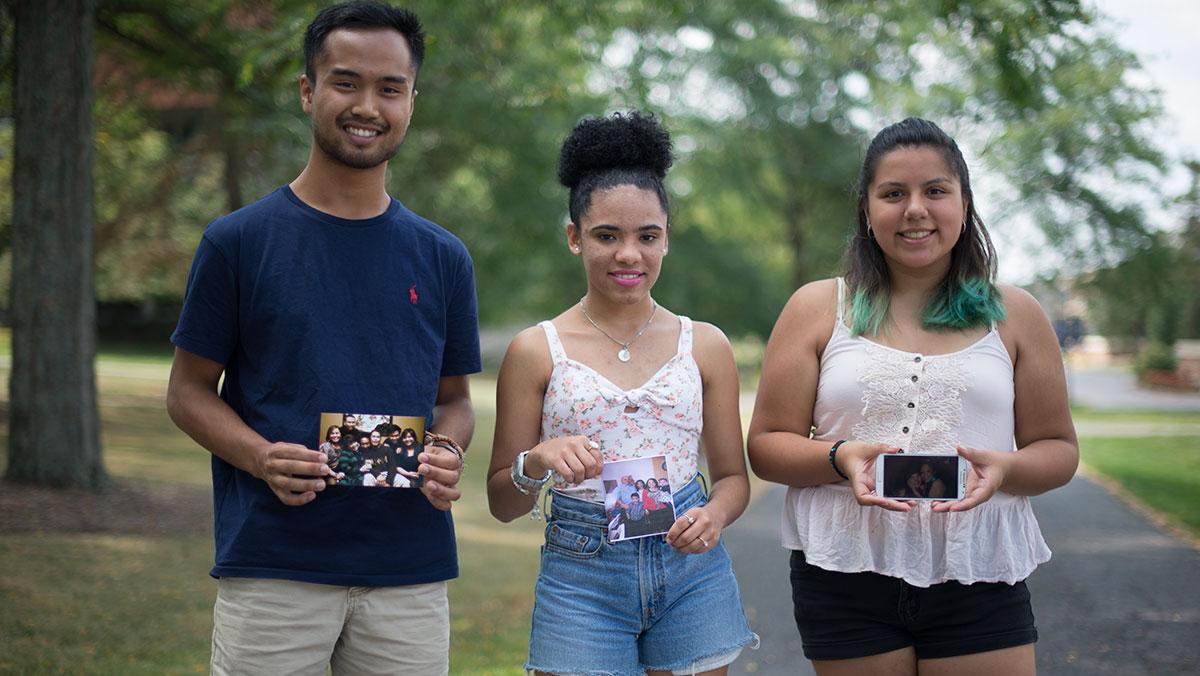 Studying abroad is often seen as a necessary experience for college students, but for some students, studying abroad is easier said than done. Karen Collias, whose daughter graduated from Ithaca College in 2015, founded the organization Knowledge Without Borders in 2009 to help more first-generation students study abroad. Collias visited the college Nov. 1 to speak to the The First Generation Organization on campus about studying abroad.

In 2015, the organization partnered with the college to establish the Knowledge without Borders Study Abroad Scholarship for first-generation students.

Opinion Editor Celisa Calacal spoke with Collias about her organization, the struggles of first-generation students in trying to study abroad and ways higher education can better understand the experiences of the first-generation community.

Celisa Calacal: Talk to me about your organization and what it’s about and the mission behind it.

Karen Collias: Knowledge Without Borders is kind of a vehicle for my consulting work. …  I’m very interested in creativity in education, and as I worked in this area, I discovered that first-generation issues kept coming up because of just the different, the changing student body both in K through 12 and in higher ed. … I also do some work with design thinking, which is a methodology for innovation. …  Various stages of it is based on empathy — empathy being the foundation. You figure out questions. This is problem–solving in a kind of less-than-linear way. And so I’ve worked with some first-generation students on using design thinking to see what they really feel they need support and help with when they’re at school.

CC: What did you find from talking with those first-generation students?

KC: What I found in my own work is very similar to the research and what the first-gens here told me. There’s a lot of feeling of culture shock when they arrive on campus because to be the first in your family — and I’m a first-gen also, and I really can relate to some of their stories — that isolation, trying to find a community, being very confused about how to access resources, feeling like they don’t fit in, and needing support in terms of different programmatic support, or peer coaching and various things. … And so I was very interested in first-gen issues at Ithaca College. And also, my daughter also graduated from Ithaca College a couple of years ago, in 2015. And we love the school so much, we wanted to do something special, so we started the Knowledge without Borders Study Abroad Scholarship for students at Ithaca College. And what that is, it’s a study abroad scholarship that focuses on what we call “gap expenses” because a lot of times, first-generation, low-income students — they really want to study abroad, and they feel like it’s not accessible for them. And even if they do get a scholarship and some money for aid, sometimes the money for airfare, the money, for visas — spending money are not included in the scholarship.

CC: Why did you decide specifically on helping the first-generation community?

KC: People do things because it’s near to their heart. And I, myself, am a first-generation student, and my study abroad experiences in Prague and Moscow when I was an undergraduate student really had a huge impact on my life, changed the direction of my life. It changed the profession I went to. … So it was a totally different life experience than I ever anticipated I would have. And I realized that first-generation students need access to the experiences, but they also need some special support because your life changes so dramatically.

CC: You mentioned that finances can be an obstacle for first-generation in going abroad. What are some other obstacles that you found that might hinder them from studying abroad?

KC: A lot of the other issues are psychosocial, I might say. … Sometimes first-gens often have a lot of family responsibilities that the typical student might not have. And there’s sometimes a lot of guilt associated with leaving the family and going to study abroad. So that’s kind of an issue too for students, to see that it’s important for them to pursue their dreams but to realize that there are issues in the family, and they need to figure out creative ways to bridge their experiences with their family. And a lot of times, parents are very frightened because they don’t want the student to study abroad, but really what they’re saying is they don’t want the student to leave them because the life is sometimes going to be very, very different. So first-gens need to be very, very creative in how they make that bridge between their life experiences, their new life experiences, that are quite different from their family of origin and not lose connection with their families.

CC: What do you think colleges should work on or do better on in terms of understanding the needs of the first-generation community?

KC: I do think that colleges and universities sometimes have to step back and think about expenses that are taken for granted that are sometimes very difficult for first-generation students. For example, sometimes when you take a course, there’s an extra fee, and a lot of … parents can just write a check for the fee, but for a first-generation student, that might be a real stressful situation. And I think oftentimes in higher education, there’s not a realization that for some students to come up with a $20, $30, $40 fee, is not very easy.