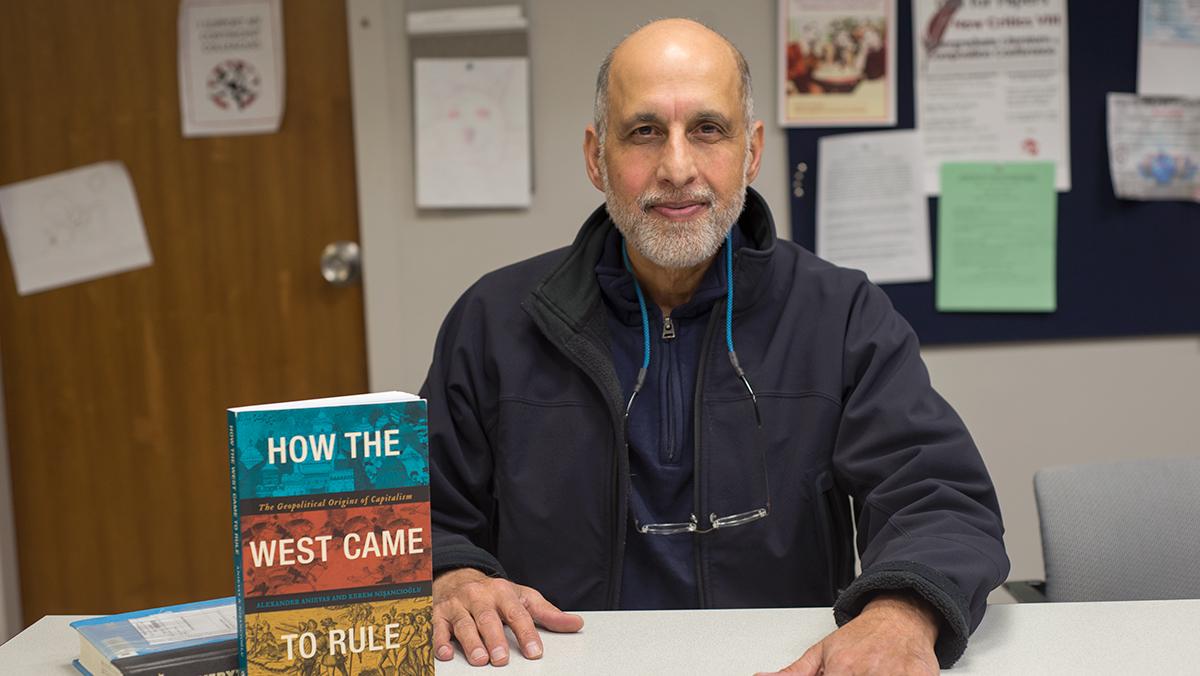 Naeem Inayatullah, politics professor at Ithaca College, made the decision to study economics and politics to understand the success and experience of his parents, who started off working as farmers in Punjab, India. Recently, Inayatullah published a scholarly article with co-writer David Blaney, G. Theodore Mitau professor at Macalester College, which addresses how most working-class people are exploited through unpaid labor, an idea sparked from the Marxist theory of exploitation.

“The Cost of Weaponizing Emancipatory Politics: Constituting What Is Constitutive of Capitalism,” published Jan. 4 in Spectrum: Journal of Global Studies, is a critique of how two international theorists — Alexander Anievas and Kerem Nişancioğlu — inspect capitalism in their book, “How the West Came to Rule.”

Life & Culture Editor Kate Nalepinski spoke with Inayatullah about capitalism, his experiences working with Blaney and related courses Inayatullah is teaching this semester.

Kate Nalepinski: What prompted you to inspect how the authors of “How the West Came to Rule” perceived capitalism?

Naeem Inayatullah: “How The West Came to Rule” is a reinterpretation of the history of capitalism. Anievas has been emailing me, saying that our work — that’s the work of David Blaney and I — are similar and that we should read his work. … So when he finally said to us, “Look, I’m putting together this project. Everybody in a small group will be reading it and critiquing it. Are you guys in?” we thought, “OK, let’s do this!” So it’s really upon his request that we got the book and read the book and critiqued his book. But the debate that the book is engaged in is decades, if not hundreds of years, old. … So what Anievas and Nişancioğlu are trying to do is recast Marxist political economies so that it has something to say about contemporary issues. … What [Blaney and I] do in part one of this paper is look at the relationship between capitalism, class, race and gender. Are they historically locked together? Or are they actually separable?

KN: How would you explain this study of capitalism and exploitation to those who aren’t familiar with the topic?

KN: How does the course material for your “Theories of Exploitation” class intersect with the material you wrote?

NI: The course appears out of the paper. … A lot of the people that are going to appear in the course I’ll be teaching this semester, people like Nancy Fraser and Ellen Woods — well-known political economists — they’re going to say capitalism is very important; therefore, we need to understand how it works theoretically and historically, but it’s still not the case that class is more or less important than gender or race. There’s a black scholar I’ll be using that argues the same thing about race. … I want to complicate all that in this class. I want to say, “Wait a minute. This is too easy!” … It’s about trying to understand capitalism.

KN: Tell us a bit about Spectrum: Journal of Global Studies.

NI: Anievas and Nişancioğlu have already written a response to our piece. [They] have already said they don’t accept our revision because they argue that it’s one in the same, and that history is more important. … The journal in which the article came out has a whole bunch of articles — ours is one of them — and then [the writers] respond to their critiques.

KN: Will there be a follow–up to this article?

NI: David and I want to write a part two of this paper. … The next paper will have three parts. It will have a part that takes various theorists, including feminists and race theorists, and shows the ways in which those theorists are dependent upon Marxism. The second part shows that Marxist theory of exploitation is not comprehensible. The third part will offer an alternative theory of exploitation. But in the middle of all of this, the goal will be to locate the relationship between capitalism, class, race and gender. We’re open to what that relationship is.