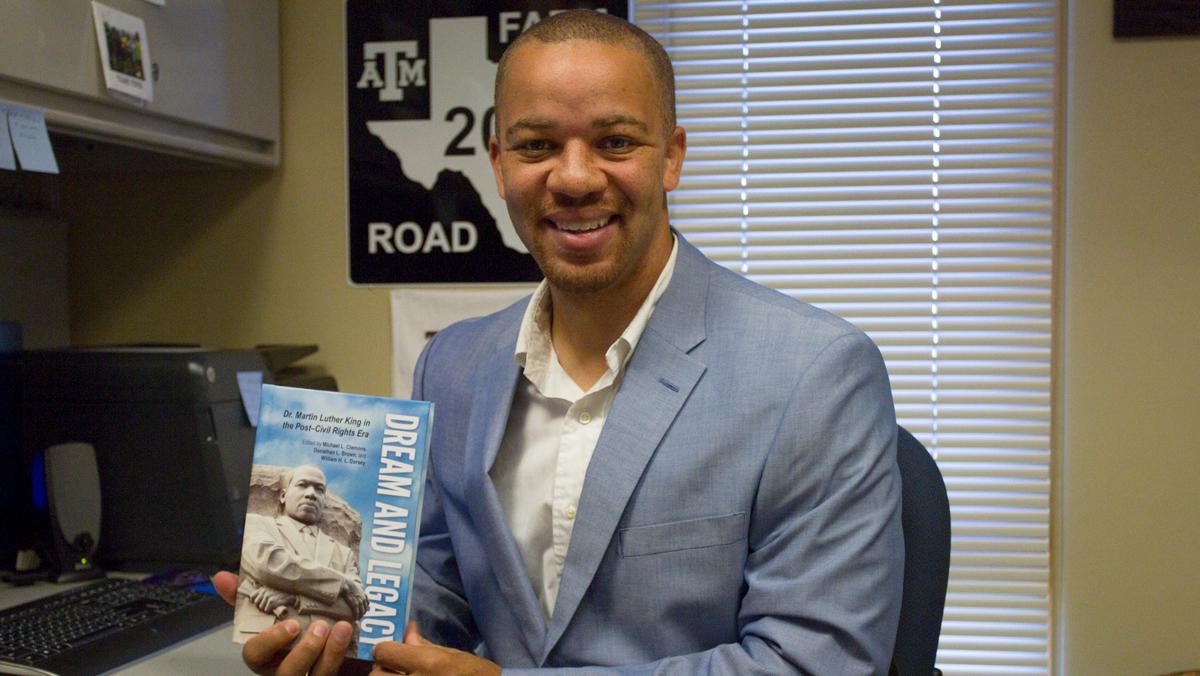 Donathan Brown, associate professor and degree coordinator of culture and communication studies at Ithaca College, has recently contributed to and co-edited a book titled, “Dream and Legacy: Dr. Martin Luther King in the Post-Civil Rights Era.”

Brown researches race, public policy, diversity and legal rhetoric. His work has been presented in print and media publications and delivered in numerous public addresses around the world. Brown is a 2017 Fulbright scholar, and taught at University of Maribor in Slovenia . He was also recently appointed as director of faculty diversity and development for the School of Humanities and Sciences.

Contributing writer Chanelle Ferguson interviewed Brown via email to discuss his book, his views on political issues, and his goals as a Fulbright professor.

Chanelle Ferguson: Why did you choose to focus mainly on Dr. Martin Luther King?

Donathan Brown: Given the current state of race and public policy, the question of what would MLK say about housing, health care, voting rights, transportation, war and other topics seemed like an interesting and compelling research question. The focus upon MLK was a decision based on a desire to pause and reflect upon King’s dream from the standpoint of current social policy.

CF: What was the writing and editing process like?

DB: This was a two-year process, complete with researching, writing, editing, revising, indexing and marketing. The phrase “labor of love” best describes the overall process, as you typically would not exert so much effort and energy on a project you did not believe in.

CF: What influenced your interests in race and politics?

DB: I wanted to gain a deeper understanding of who gets what, why and how. Of particular interest to me are policy debates, as they reveal so much about the worldviews and orientations possessed by lawmakers, that I decided to dedicate my scholarly endeavor toward a better understanding of why certain decisions are made.

CF: What was a time where you realized race in America needed to be addressed?

DB: I have felt this way for many years, as it continues to prove itself every day. In my mind, a cursory glance at proposed state, federal and local legislation, along with public opinion polls on various matters provides the empirical data. Otherwise, the lived experiences of many historically disenfranchised groups provide the stories and struggles that offer the content and context to this persisting matter.

CF: You have done lectures on voting rights. What message do you have for young voters today?

DB: Vote! Young adults continue to be the worst age group when contrasting voter participation rates. I believe this past election served as a warning shot to those who argue that their vote does not count.

CF: Also, you have traveled all over the world. Which place do you feel left an impact on your work?

DB: South Africa is one of the places I traveled that bothered me the most. The jarring and disparate realities of so-called “post–apartheid” life leaves much to be desired. Viewing various places both on and off the beaten tourist path exposed a stark juxtaposition that seemed all–too–familiar within the United States experience.

DB: For me, it meant that I instantly became an ambassador in both formal and informal ways. Formally, this included answering many questions about America, specifically our political leaders, laws and traditions, along with granting interviews and visiting various schools. Informally, this included hilarious moments like teaching English words and phrases in places like the grocery store, mall or restaurants. I thoroughly enjoyed my time in Slovenia, teaching at the University of Maribor, learning the language and exploring the region. My goal is to return to Slovenia very soon.

CF: You were appointed to the School of Humanities and Sciences director of faculty diversity and development. What is this?

DB: This position will serve as an important adviser to the dean of the School of Humanities and Sciences on matters pertaining to faculty development and will occupy a leadership role in the school’s strategic initiative on inclusive excellence among all faculty. Specifically, much of my duties will revolve around how we recruit faculty, how we retain faculty and how we mentor faculty.