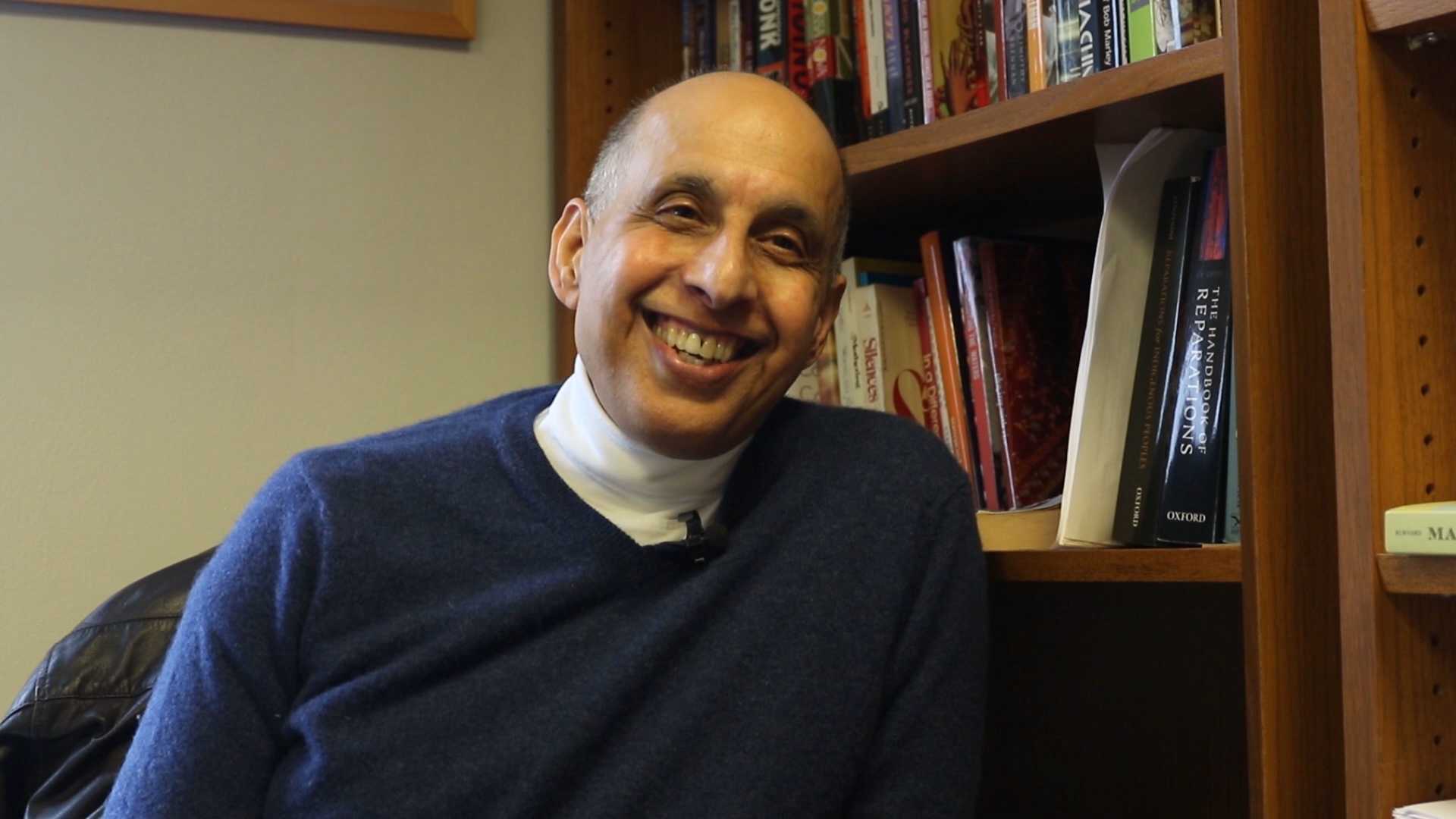 Naeem Inayatullah, professor in the Department of Politics, presented at the annual meeting of the International Studies Association on April 4–7 in San Francisco, where he participated in three presentation events to discuss his research.

Opinion Editor Meaghan McElroy spoke to Inayatullah to discuss his involvement with the ISA, his diverse research interests and his future plans.

Meaghan McElroy: First of all, can I ask how you got involved with this association?

Naeem Inayatullah: I’ve been going to their meetings since 1987. I first went as a graduate student looking for a job, and I’ve probably missed only three since then. … When I was a graduate student, I had no idea conferences existed. When I got to the very first one, I was completely overwhelmed and totally alone. I couldn’t figure out for a long time what their purpose was, but eventually I did figure it out. There are two types of purpose, the formal and the informal purposes. A formal purpose is the presentation of papers, the discussion of papers, the promotion and advancement of ideas — all of that through the panels, roundtables, discussions. But the informal portions are more important. … It’s the stuff that goes on around the panels where the knowledge actually gets exchanged and circulated.

MM: It seems like your research is varied. How have your diverse interests come about?

NI: It comes about in these informal get–togethers. For example, I’m associated with a project on narratives and autobiographies, and that was the result of four or five of us sitting around together in a lobby of a conference hotel and realizing that our personal stories were as complicated, if not more complicated, than the theories that we studied, so why didn’t we start to write our biographies in the same way we wrote about theoretical material? And with the other things and the variation… my training is in political economy, so I did present a paper that was called “Theories of Exploitation,” but the other things that are aspects of the interests that develop. … Over the years, you have friends and their interests start to differ and your interests start to vary, and it’s a matter of pursuing your own interests and a matter of pursuing the interests of the colleagues that you meet. That’s how these things disperse.

MM: Was there anything at this conference that stood out among the rest?

NI: Three things stood out. One was that I was a participant in a workshop prior to the conference on composition. … The other people in the all–day–long workshop had very different ideas of what it means to compose something, so I learned tremendous amounts of how people put together their work. … That was a fascinating workshop because what I took composition to mean was writing, but what these people took composition to mean was composing ideas in various forms. The second thing that stood out in this conference was that this was the most students of mine that have been at the conference with me. There were four former or current IC students there, and one of them was on a panel with me! … Having so many of my students there was very different from previous years. The third thing that stood out was that so much of the conference this year was about pedagogy — about teaching. … I had never seen so many panels on that at this conference.

MM: Do you think you learned anything about teaching at the conference that you might apply in your own teaching?

MM: In terms of the future, do you plan to present at next year’s conference?

NI: Next year’s conference is in Toronto, and I just received an email asking if I would be on a panel on narratives; I’m going to say yes to that. … I try not to miss these. Maybe your audience is wondering why the college would support professors going to conferences because we’ll miss class, stuff like that. … The reason why institutions support people going to these conferences is because this is where we see the cutting–edge work that is being done by our colleagues and this is where we’re energized to do our own cutting–edge work, both in research and in pedagogy. This is where we get energized. And a year or two down the road, we may teach a course on the material that we embraced at this conference. It’s a pretty important and significant investment on the part of the college and the professors.