Q&A: Professor awarded for contributions to State Society on Aging 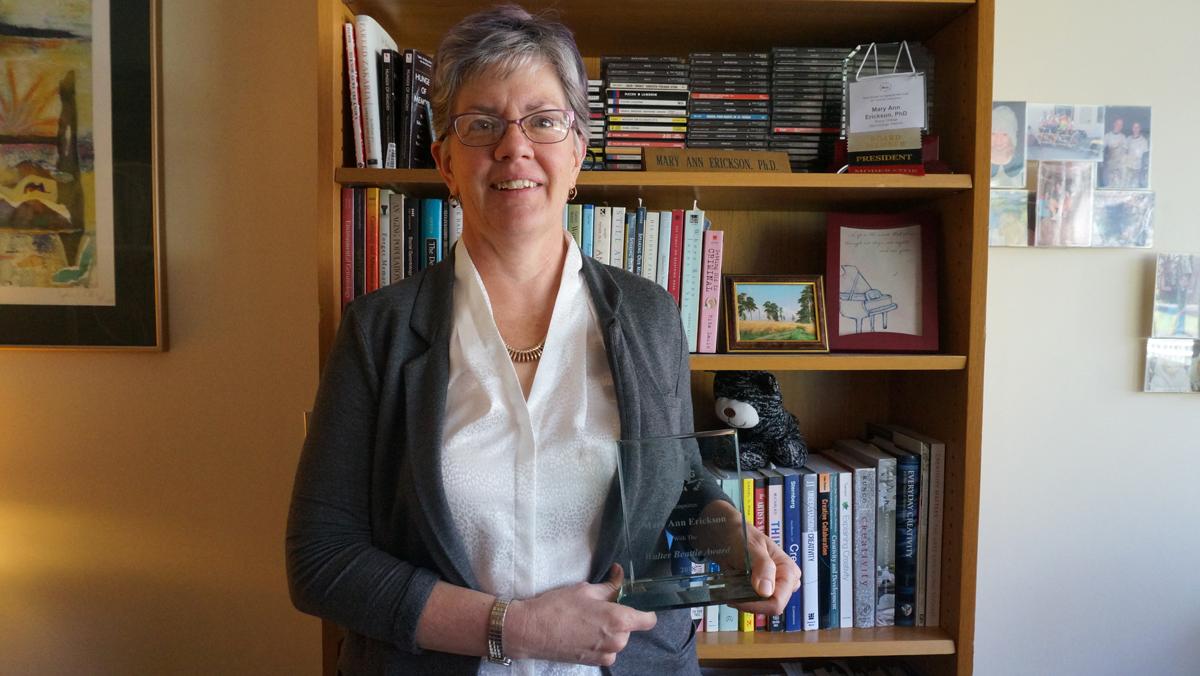 In recent years, ageism — the prejudice against a specific age group, namely the elderly — has garnered attention. With society’s current disdain for and fear of aging, ageism has led to one of the major social disparities of the 21st century.

Mary Ann Erickson, associate professor in the Department of Gerontology, was recently given an award for her efforts to change this narrative. The State Society on Aging in New York (SSA), an interdisciplinary organization dedicated to improving the lives of elderly people, gave  Erickson the Warren M. Beattie, Jr. Award for two decades’ of outstanding contributions to the organization and its cause at its 46th annual conference, held Oct. 24–26.

Opinion Editor Meredith Burke spoke with Erickson about her contributions to the SSA, the current issues surrounding ageism and why they are relevant today.

MB: How did it feel to win the award?

ME: It was funny because I admire all the people who’ve gotten the award before me. So there was a part of a ‘Am I really part of this club now?’ moment. … Realizing I’ve been in the organization for 20 years, and active in it for most of that, I guess made me realize I’d been in the field for longer than it feels like.

MB: Could you give a brief overview of some of your contributions to the organization?

ME: Most recently, I was president for two years. So I wasn’t president this year, but in 2016 and 2017, I was president of the organization. … That means being in charge of or overseeing two conferences because we have a conference every year. In 2016, we actually held a conference here at Ithaca College, so it was a fair amount of work, but it was also nice to bring people here. Often, the conference is either in Saratoga Springs … or we’ve had a few downstate, so bringing it to this area of New York was important to me.

MB: What usually happens at these conferences?

ME: Like most professional conferences, people will present posters or papers they’ve written or programs that they’ve developed. Our society has a strong commitment to students, so there’s always student paper awards. … There’s actually a strong past presidents’ group, and they usually do a symposium on a topic of interest. … This year, the topic was aging and social inequality. There’s also usually a town hall, which is an opportunity for policymakers in the state to inform us what’s going on … so we can hear about kind of what’s happening in the world of aging in New York.

MB: You mentioned there’s a social justice aspect to gerontology. How do you think that’s becoming more relevant today?

ME: I think as we become aware of all the ways in which we unthinkingly perpetuate differences and distance between groups, thinking about age and ageism is maybe not easier, but relevant for everybody. Everybody knows elders. Everybody has the potential to become an elder. I may never become a member of other marginalized groups, but I can definitely become an older person who could be marginalized. I think it’s an opportunity to bring that experience closer to people who might have trouble imagining themselves in the shoes of someone from a very different background. Age is something we all have in common as human beings.

MB: What are some of the ways elders are marginalized?

ME: One of the speakers at the conference talked about how he’s noticed, as he’s become old, people address him with what we call ‘elder speak’ — the ‘honey,’ the ‘dear,’ the special tone of voice. … If I went with my mom to the doctor just because I was driving her, the doctor might talk to me, as the daughter, assuming that perhaps my mother isn’t as able to remember, or maybe she’s starting to have cognitive decline. So it’s the assumption that elders are not as competent. Even my students, when I ask them how modernization affects elders they’ll say things like ‘Well, they can’t really operate technology.’ Well, how do you know that? There’s sometimes just those assumptions about people’s capacities that we make.

MB: How does the SSA try to combat these misconceptions or marginalizations?

Letter to the Editor: Aging studies is undervalued