Q&A: Professor invited to star in one-woman play in Lebanon 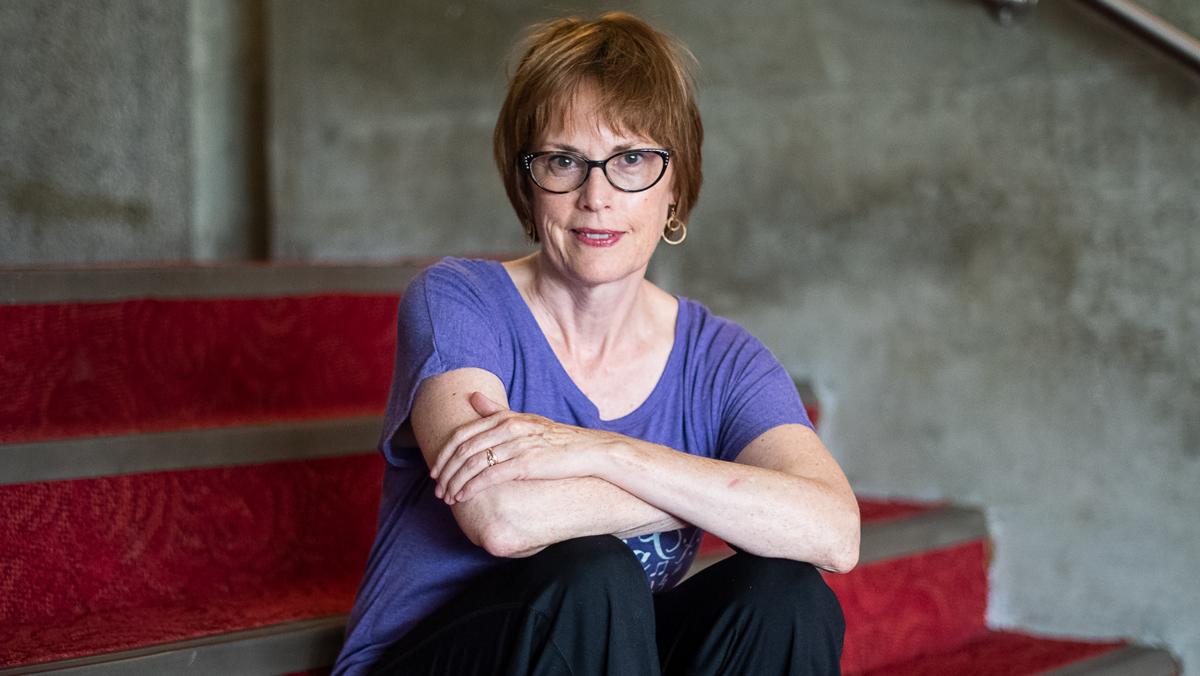 Kristen Harrison/The Ithacan
Kathleen Mulligan, a professor in the Department of Theater Arts, was invited by the American University of Beruit to perform the one-woman play “The Belle of Amherst” in Lebanon this fall.
By Brontë Cook
Published: September 4, 2019

Kathleen Mulligan, professor in the Department of Theatre Arts, is in rehearsals for “The Belle of Amherst,” a one-woman play she will perform in Beirut later this fall. While she’s there, she will also lead vocal production workshops for local women.

Opinion Editor Brontë Cook spoke with Mulligan about the play, her hopes for the production and her passion for helping women find their voices.

Kathleen Mulligan: It’s called “The Belle of Amherst.” It’s about Emily Dickinson. It was written for the actress Julie Harris, who did it on Broadway and won a Tony for it. I’ve always wanted to do it. The plot, … it’s not anything that actually happened. She invites an audience into her living room. It’s near the time of her death, … its all kind of fantasy, and it moves back and forth in time. At times I’m 17, at times I’m my own age — she says she’s 53 — and she’s just talking about her life and trying to get her poetry published, get her voice heard.

BC: How did you get the opportunity to go perform it in Lebanon?

KM: It’s kind of a crazy story. I’m a part of The Cherry Artists’ Collective, which is a theater downtown. A professor at Cornell was putting together a conference on theater and translation. … It was held at The Cherry. We had some people around the world and around the country who translate plays from other languages. … I volunteered to be a reader. … After one of the readings, a guy came up to me and he said, “Really nice work on the reading!,” and I ended up sitting with him and a bunch of people at dinner. He works at the American University of Beirut. I don’t remember how it came up, but I said, “I’ve always wanted to do ‘The Belle of Amherst!,’” and he said, “I’ll bring you to Beirut to do it.” … Two weeks later he wrote to me and said, “I was serious. Let’s talk.”

BC: This is your first one-woman show — and your first performance abroad — what will that be like?

KM: It’s an hour and a half of me talking. … I’m a little terrified, but it’s getting there! … I’m working on it every day. It’s going to be a little scary, you know! I mean, I’ve played big parts — I played Prospero in “The Tempest,” I played Rosalind in “As You Like It.” But being out there, being by yourself, … It’s just you. It’s scary, … but if somebody will give me the opportunity to travel anywhere in the world, I’ll pull out all the stops to make that happen. … I’ll have three performances [in Lebanon], and then I’ll come back and do three performances at The Cherry. And then my hope is to do it literally all over the world.

BC: When you’re in Lebanon, you’ll also be leading vocal production workshops for women — tell me more about that.

KM: I had a Fulbright in 2010 to go to India, and my project was called “Finding Women’s Voices.” … I worked with women all over India — just as I always say, encouraging women to take up a little more space in the world with their voice … because in a lot of societies, including our own, women are taught to be quiet, … [I’ll be] just sort of encouraging women to stand up and be counted, let their voices be heard. And that’s really a challenge for some women. I teach workshops here in the U.S. and have women who find that very challenging … In India and in Pakistan, … well, I’ll ask at the beginning of a workshop, “What kind of messages did you get growing up about how you should speak?,” and a lot of them say, “Well, that you shouldn’t.”

BC: How are you preparing for the role? Emily Dickinson is a big role to play!

KM: [My director and I] took a research trip to Amherst this summer and visited her house and had a special appointment with one of the special collections librarians at Amherst College. … We got to see some of her original manuscripts and her hair, which I totally loved! It was pretty cool. I’ve been doing a lot of reading. One of the challenges is there’s been a lot of stuff that’s come out about [Dickinson] since “The Belle of Amherst” was written that kind of turns the play on its head. … There’s a lot of evidence that she had an intimate relationship with her sister-in-law. Of course, there’s no proof, but there’s a lot of evidence. So we’re trying to kind of navigate that and let that be in the play without changing the text. … But it’s cool! My father was a great lover of poetry, and it taught me to love poetry. So, to have a chance to portray someone that he loved and who I’ve grown to love … it’s like in my bones. That’s really exciting for me too.