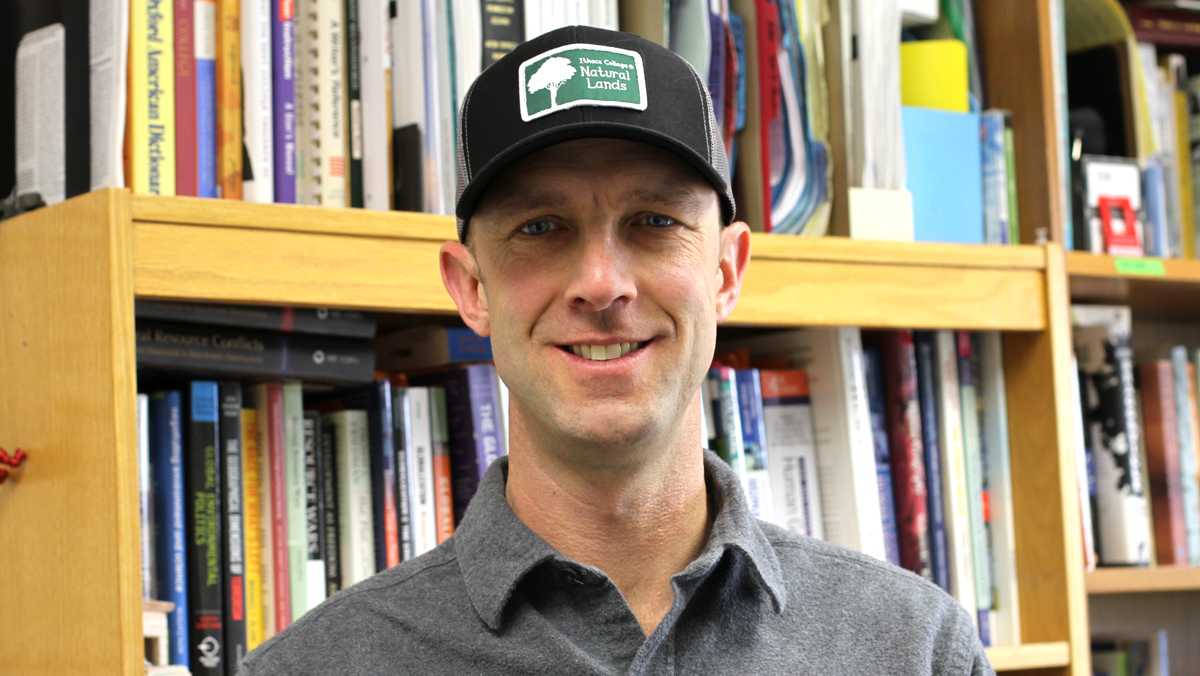 Jake Brenner, associate professor in the Department of Environmental Studies and Sciences, recently wrote an editorial about the need to maintain private land conservation programs and to make them adaptable to the different needs of a diverse population of landowners. The editorial was part of a special feature he edited on private land conservation that was published in the journal “Ecology and Society.”

Brenner co-authored the editorial and edited the special feature with Michael Drescher, associate professor at the University of Waterloo. Staff writer Meredith Burke spoke with Brenner about his interest in the field, the future of land conservation efforts and the process of compiling and editing the special feature.

Meredith Burke: Why do you think private land conservation is essential today?

Jake Brenner: Because there’s a large proportion of land that is in private hands, and because I think private landowners are powerful agents of positive change.

MB: For our readers, would you mind explaining your research on private land conservation?

JB: The work we do is broad, and the special feature covers the whole breadth of what private land conservation can be, and it covers a wide geographic range. … The studies range from psychosocial studies of what motivates people to do conservation on their own land to policy instruments and legal instruments, like conservation easements. … It’s a broad spectrum of different ideas and approaches. … We sent out a call for papers, and we received several expressions of interest, and the manuscripts came in … and eventually we were very happy to recommend 14 papers for publication.

MB: How did you become interested in private land conservation research?

JB: Private land conservation became an interest when I realized how much of the world is in private hands. It’s something that I think that we have to pay a little more attention to because … we have to focus on private lands if we want to conserve lands at a large scale.

MB: How do you think people’s thoughts and opinions about private land conservation are going to change in the future?

JB: We’re exploring new ground in methods, so we’re trying to come up with better ways to draw connections among places — come up with generalized conclusions about how this phenomenon emerges and what it means for policy. I think we’re looking to forge ahead in policy development — in incentivizing pro-conservation behavior [for] private landowners. We have a long way to go in social justice as well.

MB: Could you explain how social justice relates to private land conservation?

JB: People’s rights and responsibilities differ based on their different social groups, based on their position within society — their socioeconomic status, their gender, their race — and we think there’s a lot of important unexplored intellectual terrain, as well as policy terrain, associated with people whose voices typically are not heard much in either research or public discourse. They’re land managers just as much as anyone else, so I think there’s a lot of work to be done on how best to promote private land conservation without being dictatorial about it.

MB: You also mentioned that you are exploring better methods for private land conservation. What are some of those probably going to be?

JB: It’s hard to say what a particular method would be. … We’re trying to figure out better ways to map the ecological services that are provided by private lands, for instance. … Private lands are often not thought of as conservation lands at all in the first place, and the people who are on these lands, who own them and manage them, aren’t typically primarily motivated to conserve them for any environmental purpose. … It’s, I think, a matter of connecting with the people who want to do pro-environmental things and enabling them to do what it is they want to do. It’s not a situation where we could or would want to impose upon anybody what to do with their land, and that’s a really key thing.

MB: Do you have any future plans at the moment to continue this research?

JB: The research out there, from all [of the collaborators], continues. I don’t have specific private land-focused projects right now, but I’m continuing to work with Michael Drescher on trying to push the field forward a little bit. We’re trying to do some conceptual theoretical work surrounding private land conservation right now. It’s not so much fieldwork based or outreach based — it’s more about how we can better position private land conservation on global conservation agendas, which currently is pretty marginal as far as those global agendas go.