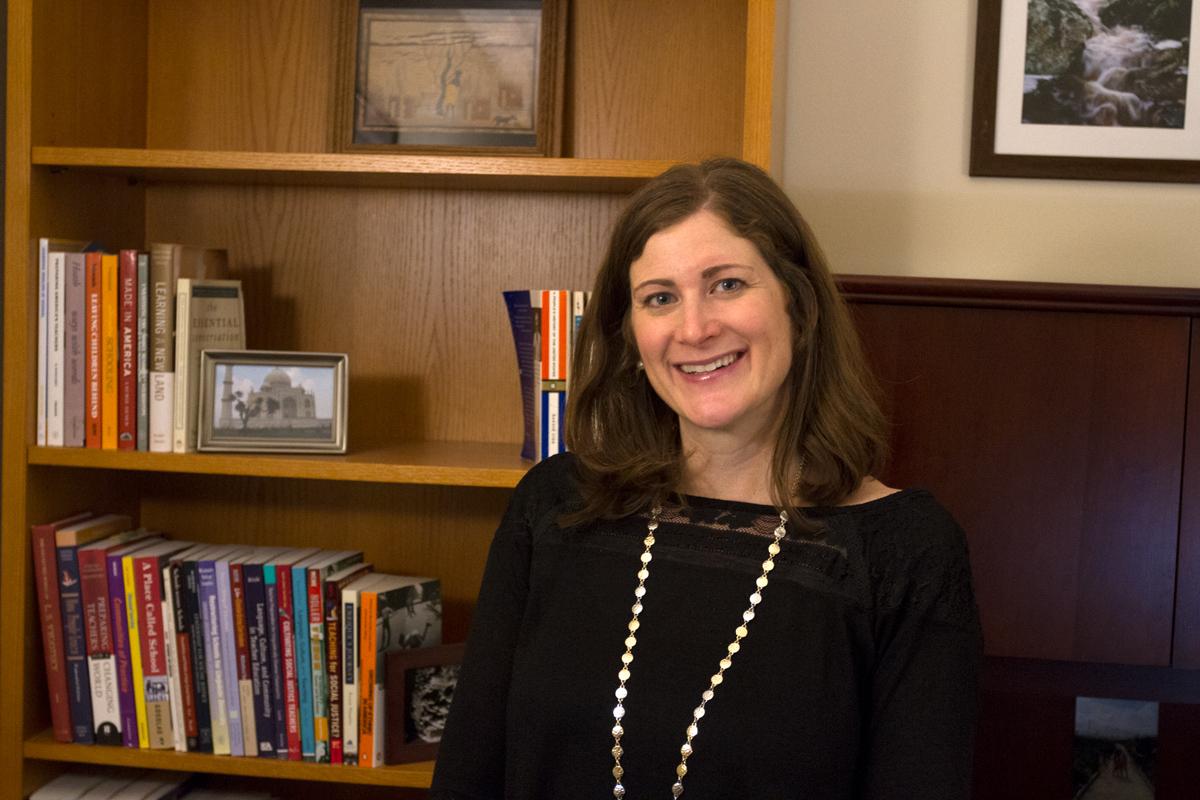 Felice Atesoglu Russell, assistant professor in the Department of Education, recently published an article in the educational magazine Phi Delta Kappan with her colleague Kerry Soo Van Esch, an assistant professor at Seattle University. The article, titled “Teacher Leadership to Support English Language Learners,” provides examples of how teachers can be effective advocates for better instruction and services for English learners.

Opinion Editor Meaghan McElroy spoke to Russell about her interest in this research area, what successful English Language Learner classrooms look like and how ELL instruction is changing.

Meaghan McElroy: Can I start by asking where your interest in this area came from?

Felice Russell: In a nutshell, I’ve always been interested in language in culture. I also come from a background with multiple cultures represented. My father is Turkish, and we never learned Turkish growing up because he wanted us to assimilate. … Eventually, I ended up training to be a K–12 teacher, and I taught middle school and high school language arts and social studies, and I never had any classes on second-language acquisition or language diversity in my master’s degree program. I decided to start taking classes for English as a Second Language endorsement … and I got really interested in how I, as a content teacher, could support English-language learners who were ultimately in the content classes at a secondary level. … I also developed an interest in the policy and leadership context in which teachers are able to do that, so I ended up being introduced to people who were doing the kind of work I was interested in studying and ended up doing my dissertation in a high school, really following around an ESL [English as a Second Language] teacher who also had some responsibilities as a teacher-leader doing coaching with other content teachers in the building … That developed into an interest in how teachers can take on a leadership role in teaching other teachers in their building about the needs of their linguistically diverse students, but also how they themselves can meet the needs of the kids in their ESL classes as well as when they go to co-teach with content teachers.

MM: Why do you think looking into successful ESL programs is necessary right now?

FR: Just the other day in one of my classes, we were talking about how a couple of years ago, it switched and now a majority of students in K–12 schools are students of color, and along with that, there’s a very large growing English-language learner population. … Even in upstate New York, like in Syracuse, there’s a growing population of English learners. There’s definitely a sense of urgency about how to integrate English-language learners into the classrooms where students are learning high-quality content. Instead of insulating those students to a standalone ESL class in a different part of the building, the idea is how to teach them content within the context of a mainstream setting so that they have English models to hear and pay attention to, they have access to content and classroom teachers who have a really good grasp on the content standards, and the idea is how to have those English as new language teachers and the classrooms working collaboratively to meet the needs of their English-language learners. It’s about the opportunity gap for English learners as well as a teacher-leadership and school-leadership issue.

MM: Are there certain qualities that successful ELL schools have in common?

FR: I think all of them have school leaders that are really focused on and supportive of meeting the needs of ELL students. Once you have that piece in place, and once you have a district that says, “This is something we want to make a priority,” then it’s easier for the teaching staff to ultimately get on board. If those pieces aren’t in place and you just have one or two teachers in a school trying to do it on their own, it’s just not going to have the same impact.

MM: How do you think ELL programs will change in the future?

FR: First of all, I think certifications are going to change in terms of what’s required. I think a lot of states across the country, if they don’t already, will eventually be requiring at least one class on working with English-language learners in the general teacher education realm. As far as the field goes, I think that because we’re become more multilingual, many states and districts are adopting what’s called a Seal of Biliteracy so students can graduate and be recognized as being bilingual. That works for students who are learning another language as a foreign language, but that can also work for students who are coming in with another language and also become proficient in English. … I would say that more parents and people in general are seeing bilingualism and multilingualism as an asset. We’re trying to make that shift in education where it’s possible to see more what’s called translanguaging in the field — this going back in forth between different languages — and saying that it’s OK to do that code–switching between languages and also incorporating that into student expression and student work so they feel more comfortable in their classrooms.

Commentary: New font can be beneficial for those with dyslexia