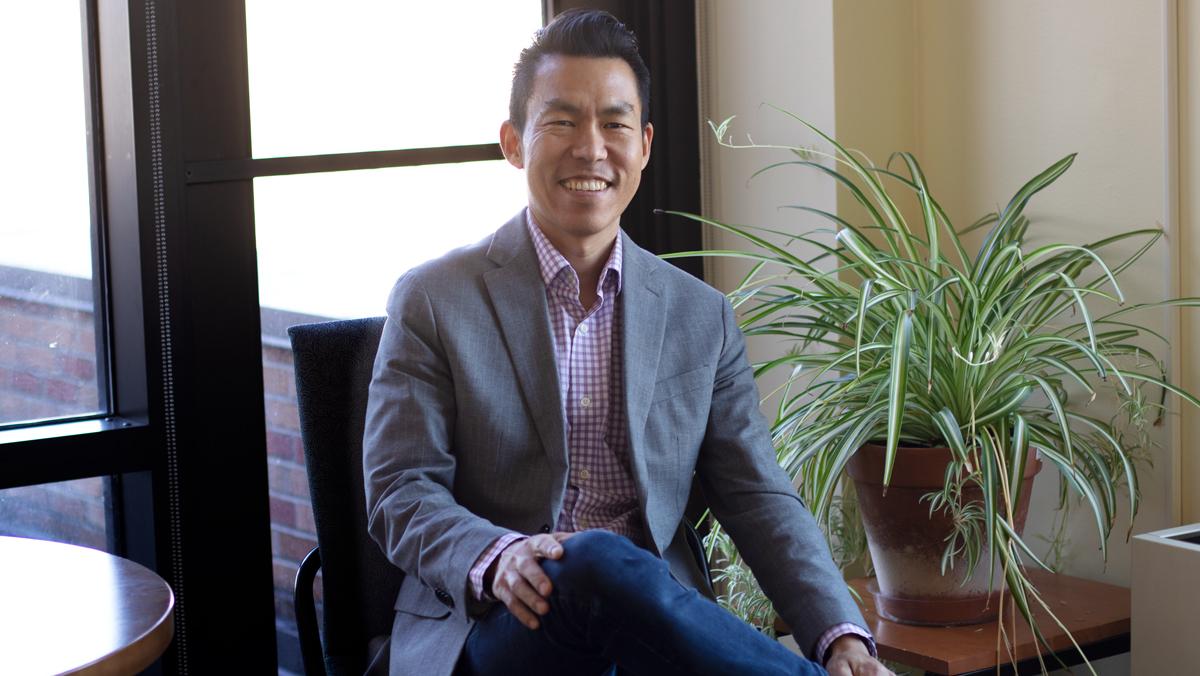 Abbey London/The Ithacan
Jack Wang, associate professor and chair of the Department of Writing, is set to publish “We Two Alone” and “The Riveter.” The books explore Chinese diaspora and identity.
By Brontë Cook
Published: October 30, 2019

Jack Wang, associate professor and chair of the Ithaca College Department of Writing, has recently sold two books to The House of Anansi Press, a literary independent press in Canada. Wang’s books, titled “We Two Alone” and “The Riveters,” explore global Chinese diaspora and the role of Chinese Canadians in World War II, respectively.

Opinion Editor Brontë Cook spoke with Wang about his books, his personal relationship with Chinese diaspora and the role of fiction writing in today’s world.

Brontë Cook: You recently finalized a book deal. Can you tell me about your two new books?

Jack Wang: I have two books forthcoming from House of Anansi Press. … The first book is called “We Two Alone.” It’s a collection of six short stories and a novella, and it’s coming out next June. And I have another book. It’s a novel called “The Riveters,” and it’s coming out in a few years. [“We Two Alone”] is about Chinese diaspora over the past hundred years. The stories are set from 1921 to the present, and they take place in cities like Vancouver, Shanghai, London, New York and Vienna. They’re all about Chinese people coming to the West, seeking belonging in the West.

My novel “The Riveters” is about Chinese Canadians who served during the Second World War. The interesting thing about Chinese Canadians is they didn’t have the franchise in Canada at the outset of the war, so technically they weren’t allowed to serve. But many people wanted to prove their loyalty to country by serving, and so eventually the war reached a point where they started to admit Chinese Canadians. … And the reason the novel is actually called “The Riveters” is because at the beginning of the novel, before Chinese Canadians are admitted to the army, there’s a group of them that work in a shipyard. So there was a lot of shipbuilding, naturally, around the Second World War, and there were yards that opened up in Vancouver. And so a group of Chinese Canadians work on it. … They’re driving rivets, which is how they used to build ships before welding and other things.

BC: Both of your books focus on Chinese narratives in one way or another. How did your own personal experiences inform your writing?

JW: When I was a younger writer, I didn’t necessarily write stories that were about people like myself. And that’s important because I was mostly reading stories that were about people that were unlike myself, and so I thought that was really the subject of literature. Eventually, I realized that there were a lot of underappreciated and sometimes forgotten or ignored stories about Chinese and Chinese Canadians. … I just realized at some point that I didn’t want to contribute to more narrative scarcity by not writing stories about people like myself. … There’s just lots of stories that fascinated me about things I never knew about Chinese and Chinese diaspora.

BC: Have you been writing about the Chinese diaspora for a while, or is this your first deep dive into it?

JW: I have been writing about the Chinese and Chinese Canadian or Chinese North American experience for a while, but some of my earlier efforts were kind of thinly veiled autobiographies, which a lot of writers begin with, and, for me, that was not as successful. It wasn’t until I sort of got my own experience through the prism of lives that were quite different from mine that the stories took on a new dimension and became, to my mind, more interesting and hopefully, ultimately, more successful for the reader.

BC: Your stories take place in such a wide variety of time periods and locations. How did you decide on the settings?

JW: The inspiration for the stories, they vary quite a bit from one story to the next. One story, the one that was set in Vienna, for example, is based on a real person named Ho Feng-Shan, who was in a Chinese consul general in Vienna when Austria was already annexed by Germany before the Second World War. He wrote exit visas for Jewish Austrians who were trying to escape Europe after Kristallnacht, otherwise known as “The Night of Broken Glass,” … a night of violence against Jewish businesses and Jewish people, basically domestic terrorism. … Stories, they come from different places, and that was one example. … Other ones are more fictionalized. … I set a story in South Africa, and it was really interesting that there was a small Chinese community in South Africa. During the apartheid era, they were kind of in between the status of white and black. … In some ways that is similar to the kind of status that Asians often occupy in, let’s say, America. That kind of in–between status — privileged on the one hand, a visible minority on the other.

BC: Your books are fiction, but they carry a lot of very real and relevant messages. Can you tell me more about that?

JW: I think the fact that we’re living this particular political moment makes a lot of the things that I’m writing about unfortunately still very relevant, … the persecution of certain groups of people that get demonized or get ostracized for whatever reason in a society. For example, [my] story about the Chinese in South Africa. Apartheid is just one example of a political system where some people maintain power and others are consistently disenfranchised. So all of these stories, they’re about Chinese people, but they’re also metaphors, I think, for all kinds of people who face inequality and injustice within a society. All of that, I think, is still worth thinking about because these are still live questions that we face, unfortunately, today.