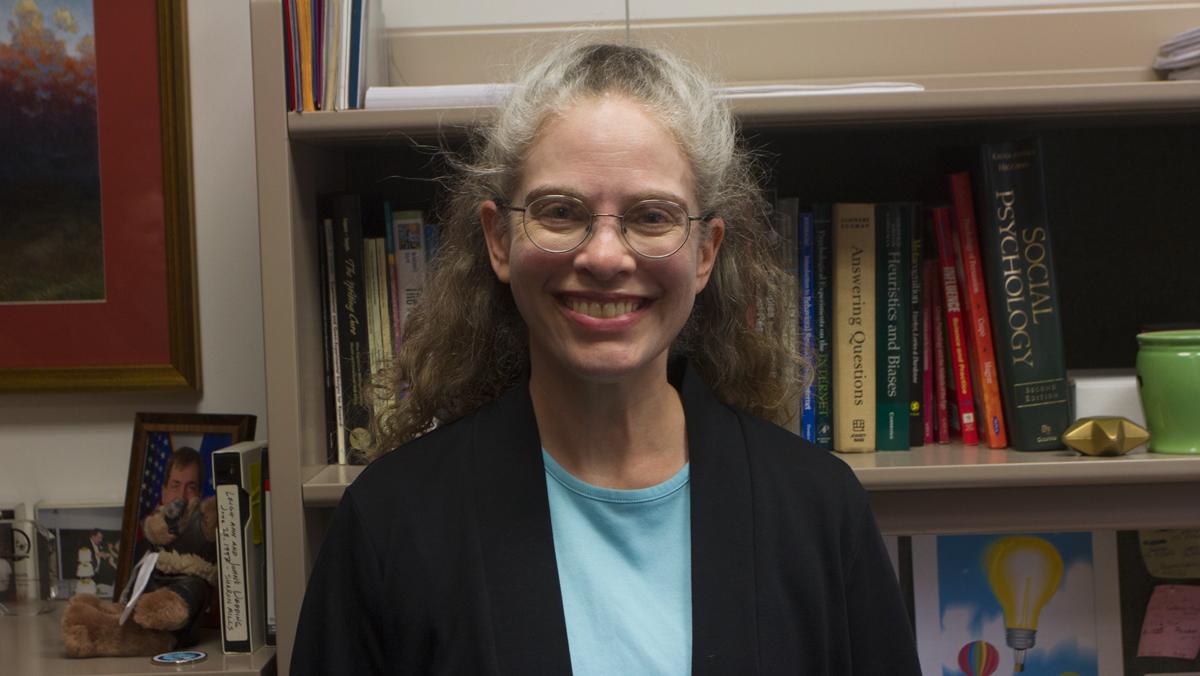 Leigh Ann Vaughn, associate professor in the Department of Psychology, went to the Annual Convention of the Society for Personality and Social Psychology earlier this month. At the convention, Vaughn presented her research on the linguistic contents of goals at a poster session and contributed to a professional development workshop.

Opinion Editor Meaghan McElroy spoke to Vaughn about the poster session, the workshop and the future of Vaughn’s research.

Meaghan McElroy: You did both a poster session and a workshop on professional development at this year’s conference. With the poster session, I saw that you did work with the linguistic content of goals. Can you tell me a little bit about that?

Leigh Ann Vaughn: There is a lot of interest nowadays in doing analyses of linguistic content of all kinds of writings … [and] I just happened to do linguistic analysis of what people wrote about in a study where I asked them to write about their hopes and duties. … When people pursue their hopes, they tend to be very eager; when people pursue their duties, they tend to be very vigilant. Presumably you can view any goal at all as a hope or as a duty; it just depends on how you perceive that goal. My question was, is that really true? And it turns out, no, it’s not really true at all. So the participants in this study who provided text samples were almost 100 adults in the United States and Canada who I just asked to write about their hopes and duties. And what I found was that people tend to write about stuff they feel more positively about when they write about their hopes, including things like leisure and, actually, work and achievement and rewards. And people write a whole lot more about their social relationships when they write about duties. They write about duties in a much more narrative style.

MM: What do you think are the implications of what you found with your research?

LAV: Implications are really interesting for cross-cultural psychology, actually. One of the symposia that I went to at this conference was about how people who don’t get to move around a lot and who have to maintain their relationships have a culture of responsibilism, of being responsible to other people. You might think, “Oh, everybody loves each other and takes care of each other,” but it’s not. There’s a lot of tension that is under the surface of harmony. This research is definitely interesting to think about with regard to cross-cultural differences. If you’re going to be doing business in China, are you going to assume that people are doing their duties because they really love it? Well, maybe not! That’s an important implication of this research, and it’s important just for people who study how people get motivated to be vigilant or eager. That’s a pretty important distinction for my area of psychology.

MM: You also presented on professional development at this conference?

LAV: This was the first professional development workshop that I’ve actually helped present. It was on “modest coffers, meaningful contributions” — how can you do really impactful, important research when you don’t have tons of external grant money? I was the first speaker, and I talked about how to do the most that you can with just the resources of your lab, institution and department. I was planning on mentioning, in passing, research team in [my speech] — research teams are how you can really work effectively with undergrad students and do things that are really amazing for them, just in terms of the quality of research you can do with them — but that became the thing everyone wanted to hear about during my part.

MM: Are research teams that unique to Ithaca?

LAV: Nobody else has them in the entire world. Nobody in the entire world has the requirement that all B.A. majors in psychology go three semesters of research with a professor and a team of other students. The questions that I got about that — which I just mentioned in passing — were all about, “How do I set this up? How do I go about that? Is this part of a teaching load?” I ended up just talking about how research team works.

MM: Both with your research that you presented and the workshop that you did, what’s next for you?

LAV: I’m really hoping to see, through StudySwap for instance, some cross-cultural research on what people think of hopes and duties. There’s a researcher at a university in Thailand who has posted a “have” on StudySwap. They have 200 participants per semester in Thailand, which is one of these low relational mobility settings. I would love to get together with that person and try to do what I talked about in that workshop — which is kind of leverage, really big picture, worldwide research — and study hopes and duties, too.

Students raised their voices in poetry, song and stories all in the name of mental health promotion last night. Step Forward, an event sponsored by Active Minds, To Write Love On Her Arms and the First Year Experience featured performances by Spit That! and IC Voicestream from 7:30 to 9 p.m. in IC Square.