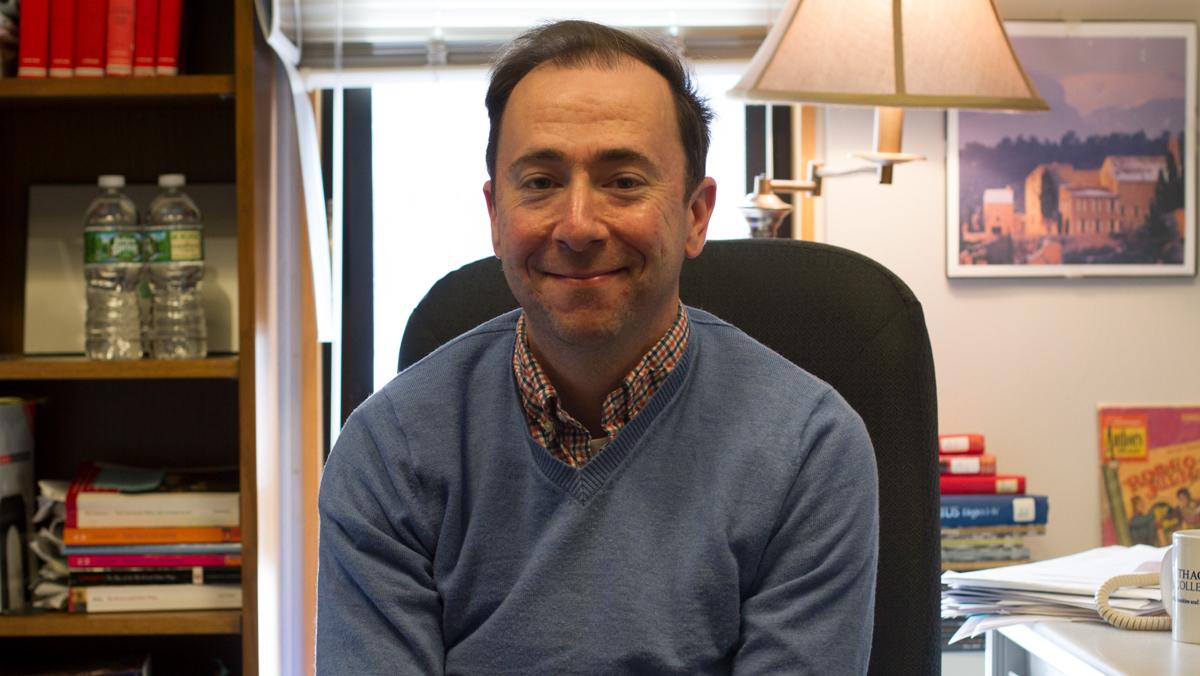 Dan Breen, associate professor and chair in the Department of English, won the Gerald R. Rubio prize from the International Sidney Society for an essay he published in its Summer 2017 journal. Breen’s essay, “Redeeming the Sonnet Sequence: Desire and Repentance in Caelica,” analyzes Fulke Greville’s sonnet sequence.

Opinion Editor Meaghan McElroy spoke to Breen about his research interests, his focus on “Caelica” and his research findings.

Meaghan McElroy: Your research is mostly about Tudor-era literature. Where did your interest in that subject area first come from?

Dan Breen: The reason I’m interested in literature isn’t because I think it’s witty or titillating or whatever. I think it’s because it’s one of the few arenas in culture where people can think through ethical problems really seriously. So that ideally, one of the things literature can really help you do is think about your identity, your status as a citizen, your responsibilities that you have, things like that. I think that those questions are really front and center in an age like the 16th and early 17th century in England, where they’re sort of dealing with the fallout from the Reformations, which took place over the course of the middle of the century. … As one historian put it, before the Reformation, people believed in God and went to church, and after the Reformation, people believed in God and went to church. But actually, the implications of some of the ways devotion works become completely different after the Reformation, and the relationship between the church and the government is very different.

MM: The poem that you wrote about in your essay — why that poem?

DB: The guy who’s the writer is sort of a weird figure. He’s a kind of a moderately successful politician who was also friends with a much more famous poet, a guy named Sir Philip Sidney, which is one of the reasons people know about this guy that the article’s about. One of the similarities between him and Sidney is that they were what we would call Evangelical Protestants. In the late 16th and early 17th centuries, that meant that you were doctrinally Calvinist, and Calvin made a lot of contributions to Western spirituality. But the main one is the fully codified theory of double predestination — nothing you do on Earth affects where you’re going when you die; it’s something that’s already been decided. The sonnet sequence of 109 poems — it’s sort of like a novel told in verse, or a story told in verse — takes up the question of whether or not spiritual behavior you can adopt will ultimately be effective in either, sort of, redeeming a community or redeeming, potentially, the individual soul. The reason why I think that’s sort of interesting is that that is a question that Greville’s spirituality should have answered that. … The fact that he felt moved to use a sonnet sequence is really strange and interesting. Sonnet sequence had been around in England at that point for 80 years, maybe, and there was a brief vogue for them in the 1570s and 1580s. But they’d been around for a while, and they all kind of do the same thing. They’re a series of interconnected poems that tell the story of a male speaker in love with somebody … but almost invariably the love is unrequited. … The fact that you would use that to talk about something else, spirituality in particular, seemed really weird to me. I think that’s what drew me into it.

MM: What did you find when you analyzed the piece through that sonnet sequence?

MM: Did this have any sort of impact on the future of poetry or literature?

DB: The sequence wasn’t published until long after Greville died, and at the time it came out, sonnets weren’t really in vogue anymore. What it’s useful for is less in sort of estimating future generations of writers and more of giving a snapshot of the sort of authentic complexities of reformed spirituality of the 16th and 17th centuries.

In addition to setting the budget for the 2011-12 academic year, the Ithaca College Board of Trustees awarded 15 faculty members promotions and tenure. Eight faculty members were granted emeritus status.