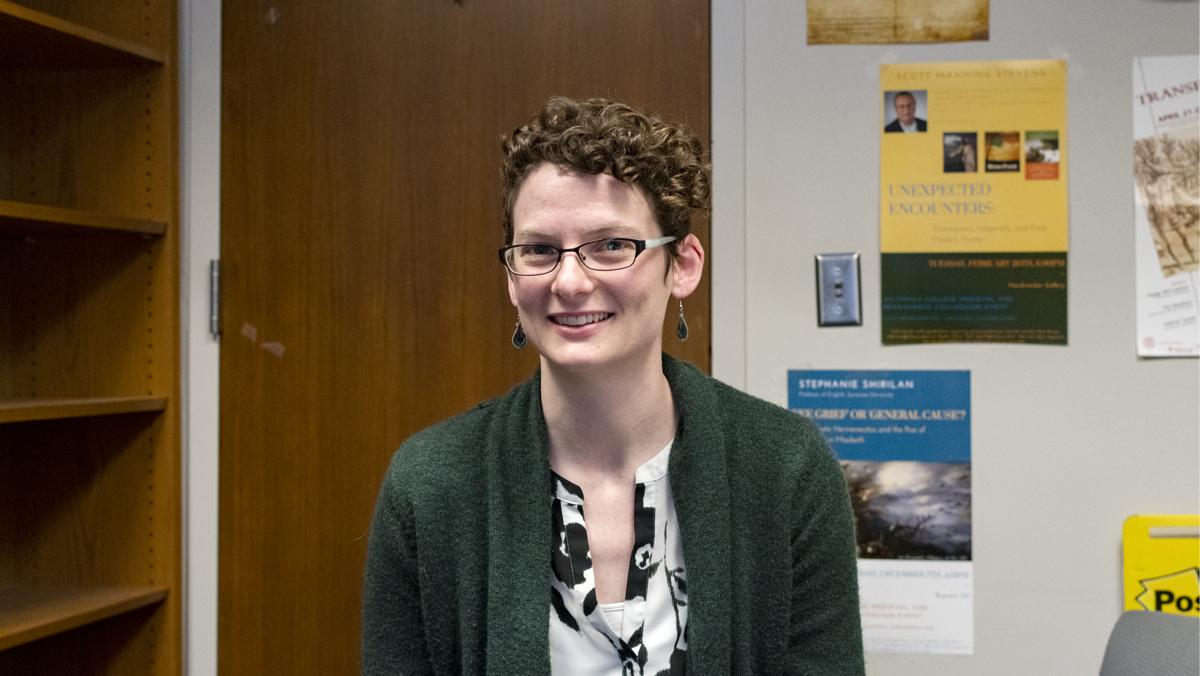 Dyani Taff, lecturer in the Ithaca College Department of English, is currently writing a book that combines her interests in environmental humanities and gender.

Opinion editor Kate Sustick spoke with Taff about her upcoming book, her research and the ways in which blue humanities can evoke the meaning of the present by looking to the past.

Kate Sustick: Tell me about your current research. What inspired you to choose your specific discipline within English?

Dyani Taff: I had an undergraduate professor who taught me [John] Milton that made me want to go to graduate school. Whether that was a good decision or bad decision, that’s what I did. In graduate school, I thought I was going to work on translation and a whole bunch of other topics. … What I came to eventually was going to my adviser and saying, “Hey, that part in ‘Paradise Lost’ where Satan’s wings are like a ship. That’s interesting.” And she said, “You should write about boats.” So that turned into a real interest in what we call environmental humanities, ecocriticism or blue humanities, which is the maritime end of that. It was a slow process of figuring out what my intervention in that conversation might be, which turned out to be to say … that gender is a really central category of analysis that hasn’t really been looked at in a lot of the studies of maritime metaphors or blue thinking and oceanic topics in early modern literature. How can you not? [Gender] is all there. It’s always there. So that’s where my dissertation came into being.

KS: You’re currently working on writing a book. Could you tell me more about that project?

DT: The book, which is a revision of [my] dissertation, is called “Gender Seascapes and Monarchy in Early Modern English Culture.” That project is solidifying that central claim that seascapes, … shipwrecks, naval warfare or metaphors comparing a marriage to a ship or the governing of a state to a ship … are ways that early modern writers who are trying to work out problems with social authority. What does it mean to be in control? Who should be controlling when? What is the gender of power? The book goes through four different chapters that each take up a different angle on that.

KS: Are there other projects you are working on at the same time as this larger one?

DT: For a long time, I’ve been working on a project that comes out of my piracy research. I taught a class here that was [Introduction] to Literature but that was centered around pirates and pirate literature. And the very strange fact that 16th–century and 17th–century piracy, which is violent and scary and terrifying in all sorts of ways, becomes Disney-fied, like “Pirates of the Caribbean.“ But [“Pirates of the Caribbean“] is still calling back to all of these tropes from the 16th century. … It’s very much in the beginning stages, while Gendered Seascapes is under contract. I am supposed to deliver a manuscript by next December.

KS: In your research, gender juxtaposes natural elements in ways that usually would not even be considered. While obviously you can’t speak to the writers that you’re analyzing, what do you think was their intention in doing so?

DT: A fair amount of the time, the intention was to try to shore up patriarchal normative hierarchies. … There’s people writing about how to be a good husband, and [their] investments are certainly in defining and ensuring the institution of marriage, saying “This is what counts and what it looks like.” What I’m interested in there is the way the [use of] metaphors exceed their control. [For example], you start off with a very simple metaphor where the husband is the pilot and the wife is the ship. … She’s just like a ship because she does exactly what her husband tells her to do. But then it turns out that she … is responsible for salvation of the marital pair, that she can go to all sorts of different places. … She’s the master of the ship and actually tends to be more important than the captain or owner of the ship because the master is the one who actually knows how to navigate past the rocks. … These metaphors offer visions of human/nonhuman collaboration that in turn puncture this idea that it is a simple hierarchy, that it’s ever really just one person in control.

KS: How do you hope to expand or further this research in the future?

DT: I think one of the values of blue humanities is the way it allows us to do the work of looking at the past critically. It’s not that we’re so similar to people in the past or we’re totally alien from them but [to look at] the connections and disconnections, the familiarity and the distance. That discourse in maritime humanities is really helpful for our current moment. [For example], dealing with the fact that it was 65 degrees outside in Antarctica this week, and the sea level is rising and that our discourse about the environment is often really broken. We need to look to the past in order to understand how we got here. I think that’s one of the pressing concerns that maritime humanities can do going forward. To say “We’re going to give you a deep historical understanding of climate change” and contribute to that conversation.

Christopher Matusiak, assistant professor of English, has published an article in this year’s volume of a prestigious international academic journal.