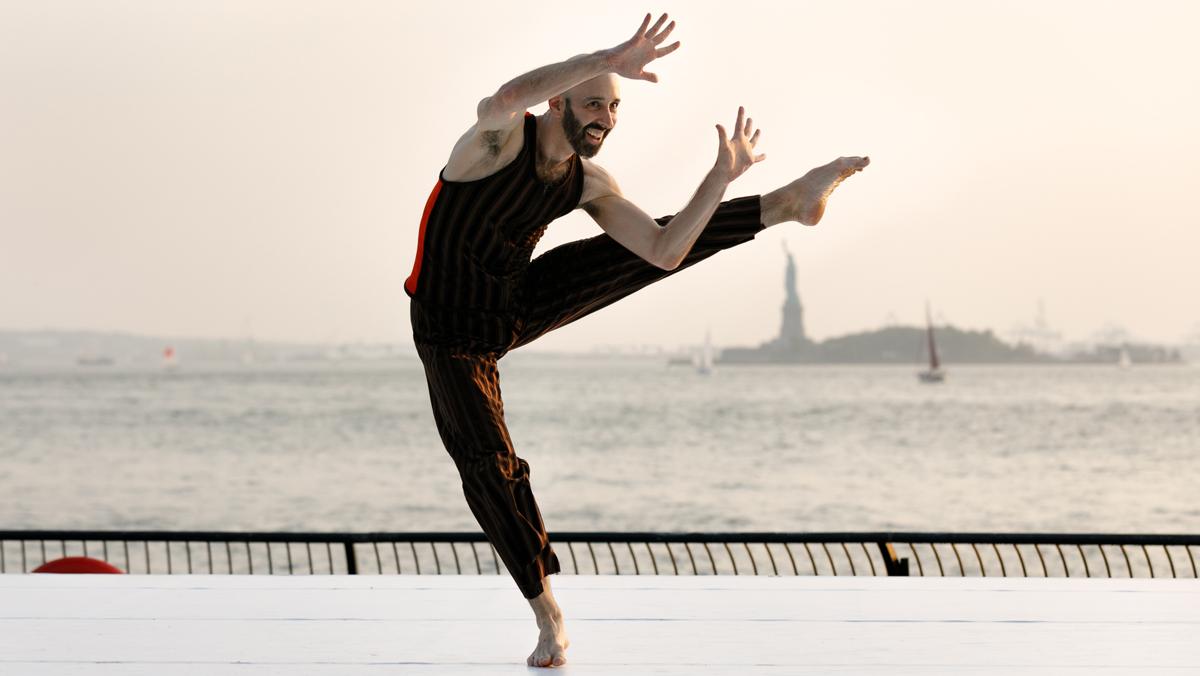 Opinion editor Brontë Cook spoke with Gwirtzman about the grant, his relationship to dance and his hopes for the dance company moving forward.

Brontë Cook: Why don’t you start by telling me about your dance company. When did it start? What is it about?

Daniel Gwirtzman: We started as a teaching and performing company. … From its birth, it was going to have this dual focus. And while that may sound kind of obvious, it’s not necessarily. A lot of dance companies will teach you as you work, maybe on the road as part of a tour or as outreach. But for us, it was always, … part of the [primary] work that we were doing. … Our mission as a nonprofit is to open up dance to all. … to provide some new tools and open up some new ways of thinking about one’s body. … Our performances are asking the audience to be actively involved as opposed to passive viewers … to bring entire communities together. It’s multi-generational, whatever the experience level is, ability, age, none of those are criteria for dance … we have always been clear in servicing a general population along with the specialized professional population that we, of course, also work with.

BC: Your dance company just celebrated its 20th anniversary. What was your hope going in and how has that evolved?

DG: Gosh, that’s a great question. I mean, the hope was to be able to have this platform to cultivate innovative art and … present it to the public in meaningful ways. That has played out in ways that I wouldn’t have imagined 20 years ago. … There’s new opportunities to engage with different populations. Highlights, for me, are opportunities to travel. … that’s always a perk of an artist, being able to travel. …  Brazil stands out as a really tremendous place where the company has had opportunities to work. Coming up in less than a month. … we have an exciting event in Wyoming. … We’re presenting “Welcome to The World of Dance,”  which is a narrated performance … we will also be explaining what we’re doing [as we’re dancing] and most excitingly weaving in the local community. … so then instead of us just coming in from New York to Wyoming to perform for you, we’re performing with you. …  It’s an active participation.

BC: That’s so cool, I love that. So, can you tell me a little bit about your personal relationship with dance and what led you to start your company?

DG: I was always moving, from the time I was born, … there are notes in my baby book about sitting like a dancer. … I was fortunate, I started studying folk dance when I was in elementary school, …  through my Temple, Israeli folk dancing. … that really sparked a keen love for performing, performing in a way that was very communal. … That’s where that underpinning for the company has come from. It informs all of my practice and my pedagogy. … It is just really in my DNA. I was also fortunate to have some really strong modern dance training as a preteen growing up … I have had these opportunities to understand how companies work and what a company life is like … I first started a collaborative company with two colleagues from the University of Michigan, two of my friends that I graduated with. We started Artichoke Dance Company in New York. And when we started Artichoke Dance Company in 1995, … It had its 20th [anniversary] back in 2015 — it continues as a repertory company. I left that company after the first five years, maintaining a good relationship with it. That gave me some experience because, … we were learning that as we went. It’s been a natural progression because I’ve always been creative, making dances and wanting to perform. And the education I had led me to a place to at least have enough to just keep trying through trial and error.

BC: What is this grant going to mean for your dance company?

DG: The grant is super exciting because it [will help us] make a resource that can be shared widely. So while we can go to a community and perform or teach a certain population, we’re capitalizing on what’s possible with technology. … We received the grant, in part because we could demonstrate what we might do with these funds based on what we’ve done in the past, … creating educational resources where a general population can learn about dance. Which does mean some technical things like … skills and techniques. But also learning how to speak about dance and how to view dance. … hopefully have some kind of, you know, connection. … But my goal is to educate audiences to be empowered to trust their opinions, because they’re having them anyway. … It’s about developing a language so you can speak about it … people need to know that, …  This grant allows us to produce a series of videos that will speak to that, that will promote this idea. … So it’s just about education, and this allows us to create this educational resource.

BC: Do you know yet where the videos are going to go?

DG: We hope to create a series of videos that could be housed in different ways. … we will reach out to public schools, colleges, universities, libraries, senior centers and community centers. We would like this to be part of the open educational resource movement that makes it free and available to share.

BC: Why, in today’s day and age, do you believe it is so important to give people language around art?

DG: Being in touch with humanity and understanding empathy is best articulated and sharpened through the arts. … art in general provides that opportunity to be in touch with the range of emotions and the range of connections that make us tick as humans. And dance specifically, where you are literally sharing somebody, you’re holding somebody’s hand, you’re looking in their eyes. You’re having an analog connection, not a digital connection, in this increasing age of more and more technology and distractions … the spirit of being alive comes through art.

Q&A: Professor tours U.K. for book about gender in Islam