Q&A: Professor’s film examines how future lies in archives of the past 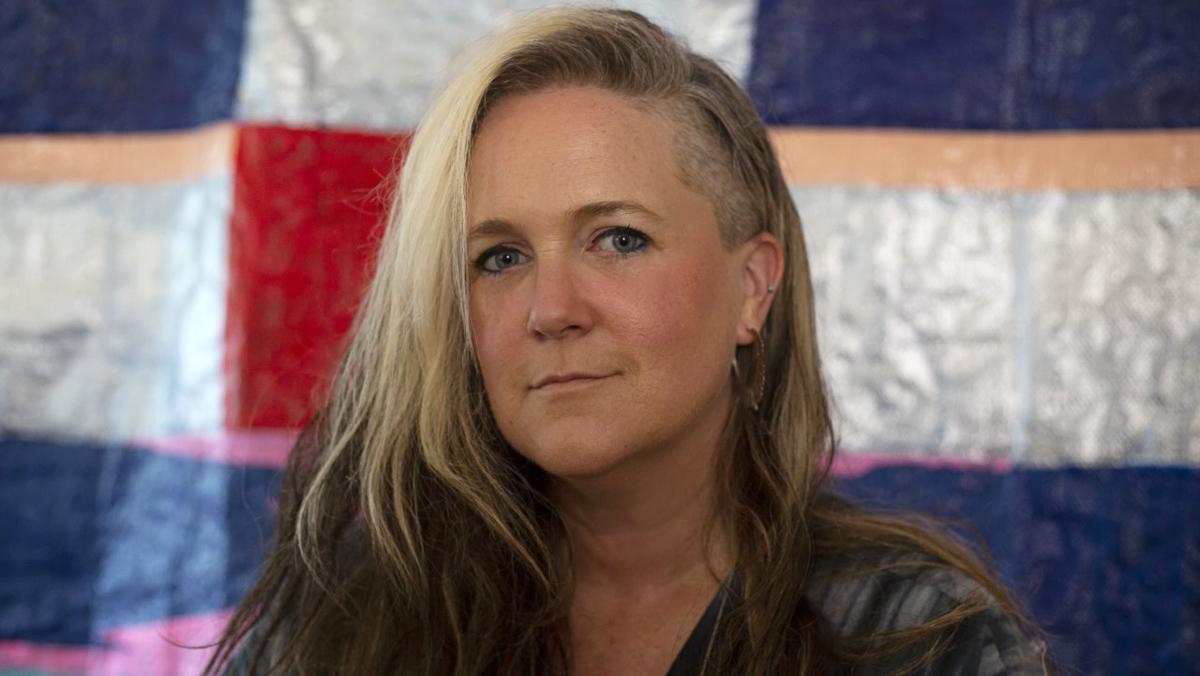 Courtesy of Mitch McCabe
Mitch McCabe, assistant professor in the Ithaca College Department of Media Arts, Sciences and Studies, released part one of five of a project that contemplates a second civil war.
By Kate Sustick
Published: January 30, 2020

Mitch McCabe, assistant professor in the Ithaca College Department of Media Arts, Sciences and Studies, recently traveled to the University of Colorado Boulder to give an artist’s talk and present her film work. While in Colorado, the first installment of her five-part project, “Civil War Surveillance Poems,” was screened at the Denver International Film Festival.

The project is an experimental hybrid-form film in which she invites contemplation about a second civil war taking place in the United States. The concept is meant to be placed in the year 2036 once America is already entrenched in a civil war. The first part of the project is a collection of found sound from radio shows all across the country, as well as images and clips from McCabe’s personal archives.

Opinion Editor Kate Sustick spoke with McCabe about her film, her creative process and her hopes for a future filled with female directors and nonfiction that continues to challenge the rules of its genre.

Kate Sustick: This is your first year teaching at Ithaca College. Were you involved in academia before?

Mitch McCabe: Last year, I was an assistant professor at SUNY Purchase in the film BFA program where I taught the flagship first–year course that was six hours a day, three days a week. And before that, I was a visiting professor at Trinity College where I started their film and video program. Then before that, there was about a year and a half where I was fully funded on a film. … I love Ithaca, and [Media Arts, Sciences and Studies] is a comparatively pretty big department for me. I am currently teaching in TVR, so the hope is that I am going to be teaching across cinema and TVR. That was always my scope and my desire from the beginning.

KS: Other than being an academic, you have also had plenty of experience as a filmmaker. Could you tell me about the most recent project you’ve been working on, “Civil War Surveillance Poems?”

MM: [The idea] didn’t just sprout up in 2016. Since high school, I’ve been a political canvasser, and that’s a huge part of who I am. I’m working in focus groups, knocking on doors. I’ve done that since I was in high school, and I think that there is a link between that practice and my documentary and art practice. The work culminates from all of that. … I’ve lived in New York City for most of my adult life now. The conversation is shockingly ignorant about the rest of the country, like where I grew up in Michigan. … There’s one foot in all of this stuff, in being a documentarian and filming in the South and Midwest so often. I wanted to make a film that taught squarely to the left [while not being a] film for mainstream consumption. I did multiple artist residences in the summer of 2018, and what was great about that was that I could pull people in and be like “Can you handle listening to this?” … There were some things that are hard for us to hear and others not. KS: What I love about this project is the way in which you are patchworking different mediums together that aren’t always meant to be together. What went into picking the differences in medium and the topics?

MM: So I got …[radio] from the radio. … It’s just hours and hours of listening and searching, and sometimes I hear something. I remember in 2017, I was driving cross–country again. I drive like 25,000 miles a year. I pulled over, pulled out my phone and just recorded the radio. And then me and one of my students at that time went and found out who it was, and we were able to find this radio show, and that kept on happening. [For images], I have an archive of my own shooting for various different films I’ve made.

KS: Why use radio as such a fundamental aspect of this project?

MM: Over the years, I have increasingly had a big conflict with documentary, especially with mainstream documentary. To say you can fit truth into 90 minutes, you are automatically hammering it out in such a way for clarity and takeaway. There is something super problematic about that. Whereas in long-form and radio, … you get a conversation, a more encompassing journey through a topic. … It is a representation of how people learn, what they’re listening to, what their environment cultivates them with over time. … The radio [used for the project] is all pretty much centrist or right-leaning. … Driving around the country, … I played this game like “Is it NPR? Or is it moderate Christian radio?” It is really hard to tell sometimes.

KS: As someone who is so experienced in their field, do you see it getting better for the up-and-coming female directors?

MM: I definitely am hopeful for female-identifying directors and creatives starting out now. It’s definitely better, … but there’s still bad moments. For example, at the end of last year, a student came to me and was like … “I don’t understand. When I have a piece of feedback, no one pays attention to me. Then some guy in the class says the exact same thing, and everyone thinks he’s brilliant.” Cut and paste that for 20 years and you get kind of over it. … You see critics’ “Best of the Decade” completely omitting women. That’s where you get really mad because you’re over it. So I love seeing the younger generation not put up with it.

KS: In this film, set in the year 2036, there is a prolonged civil war taking place. Do you believe this is the future of America? Why the year 2036, which is relatively soon?

MM: When you’re working in this kind of medium, you start creating your own scaffolding and structure, even though that may not be apparent to the viewer. … This happens as you go on and especially as the image becomes more and more otherworldly. … That’s why I call it a speculative nonfiction. I have no goal to be a pundit who declares that this is clearly going to happen, and everybody should go buy gold. But I think [it is important to] entertain what our future is. If you saw it as a narrative film, it would feel like sci-fi. So, in that case, can documentary be kind of futuristic and sci-fi? I love that idea.