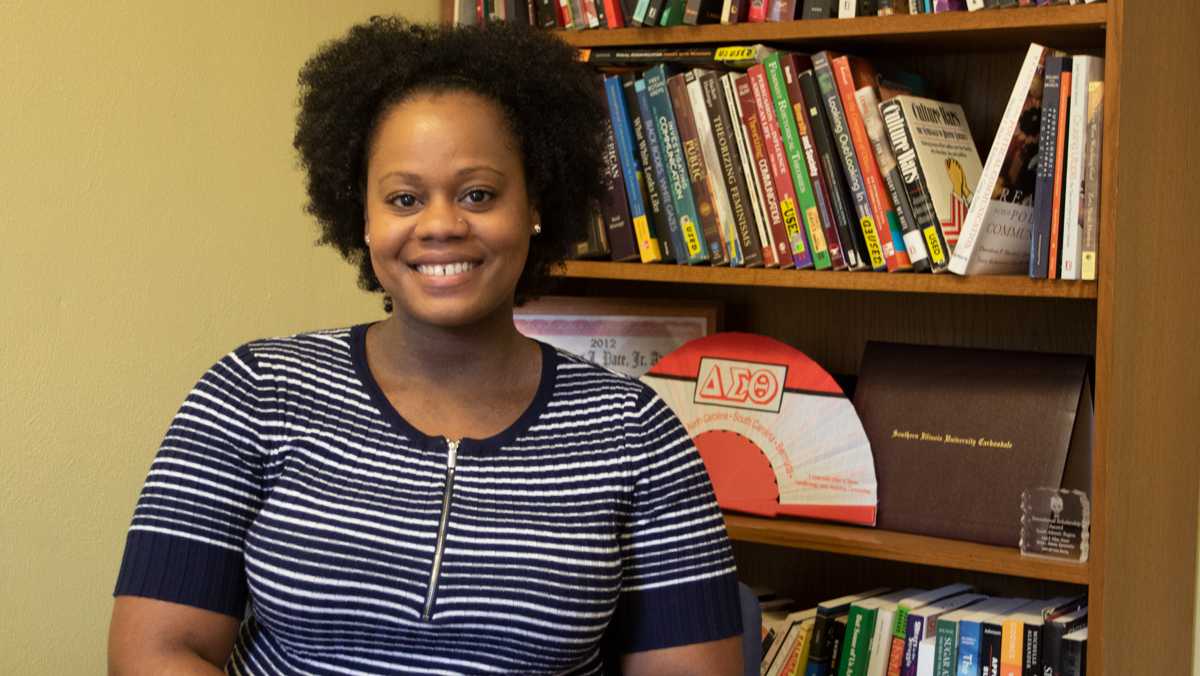 Today’s political climate has seen many movements ignited by social or political events, which activists work to understand through public speeches and op-eds. However, one form of political commentary during these situations is often ignored: eulogies.

One Ithaca College professor recently co-authored an essay rhetorically analyzing eulogies given after murders of African Americans, which was published in the Journal of Contemporary Rhetoric, Volume 8, Issue 3. Ashley Hall, assistant professor in the Department of Communications Studies, wrote an article with Melissa Harris, a doctoral student at Howard University in the Department of Communication, Culture and Media Studies, that analyzed the eulogy given by Martin Luther King Jr. in response to the bombing of the 16th Street Baptist Church in 1963 and former President Barack Obama’s eulogy in response to the murder of Rev. Clementa Pinckney in 2015.

Opinion Editor Meredith Burke spoke with Hall about the content of the article, the decision to write it and its relevance to today’s political climate.

Meredith Burke: Could you provide a brief overview of what your article is about?

Ashley Hall: In this essay, my co-author and I, we examine the importance of eulogies. Particularly, we’re studying or thinking about the importance of eulogies in times of civil unrest, particularly civil unrest for African Americans. … We kind of do a rhetorical analysis of Martin Luther King’s eulogy for three of the four little black girls who were killed in the church bombing in Birmingham in 1963, and then we’re also looking at President Barack Obama’s eulogy of Rev. Clementa Pinckney, who was murdered in 2015 by Dylann Roof at the Emanuel [African Methodist Episcopal] Church. We were looking at kind of the similarities between the types of rhetorical strategies or the ways that these eulogists are kind of, on one hand, trying to mourn death, celebrate life, but also mobilize the community with a call to action.

MB: Were the two eulogies analyzed together or individually?

AH: We looked at them respective of … the historical time period because we’re talking 1963 versus 2015. But in recognizing the particularities of each eulogy — obviously Dr. Martin Luther King, he’s a civil rights activist, versus Barack Obama, who was an actual president of the United States — so they were obviously speaking from different positionalities at very particular moments in history or in time. But there are similarities in terms of the kinds of tools or ways we’re seeing them wanting to bring the community together.

MB: What kinds of tools did these eulogies share?

AH: There were three kinds of tools. There was purification — wanting to demonstrate how the particular victims were innocent or pure in some way. … Then, association — kind of thinking about the “we” language, [the victim was] not just some random person — it’s someone that belongs as a part of our community — so wanting to get audiences to associate with the person who is now deceased. And then obviously the last one is unification, … utilizing this particular moment to ignite communities and bring people together.

MB: What brought on the decision to write the analysis?

AH: We just thought about [how] since the election of Donald Trump … there’s been a political climate and a particular social climate that I think is dealing with the issue of civil unrest. So, how do communities actually come together? One of the reasons why we’re thinking this is important is thinking about Black Lives Matter or Say Her Name, the #MeToo movement. … It’s important to be able to utilize these unfortunate moments toward creating and enacting social change.

MB: How do you employ this kind of rhetorical analysis in your classes?

AH: This semester I’m teaching a Gendered Blackness course, which is black feminist theory. I’m always really excited when I get the chance to teach the class because I think there’s some of those components in terms of thinking about black women’s lived experiences and the kind of historical background or context in which to understand … movements, things like that. Also, I’m teaching an African American Rhetoric class, so obviously in that class particularly we’re definitely diving deep in thinking about the significance of the eulogies and interpret what these eulogies are able to create or do or provide.

MB: What impact do you hope your analysis will have on your audience?

AH: One of the things in terms of impact is just that it wants to create conversation and get people excited or interested in having these kinds of uncomfortable discussions. If we acknowledge that we are always going to be uncomfortable to some degree, … we can actually engage and have fruitful discussion.

AH: I think one of the things that’s also interesting to remember when we’re talking about civil and social unrest is that typically women’s issues, but particularly black women’s issues, get erased or pushed down or not considered as important. So when we’re thinking about eulogizing and wanting to mobilize as a community, that we’re doing so not only around men, the issues that black men face … but that we’re actually having a more intersectional way of talking about social and civil unrest.

Black women and their art, when analyzed, are first criticized and then consciously studied, while black men have the privilege to first be studied and then critiqued.