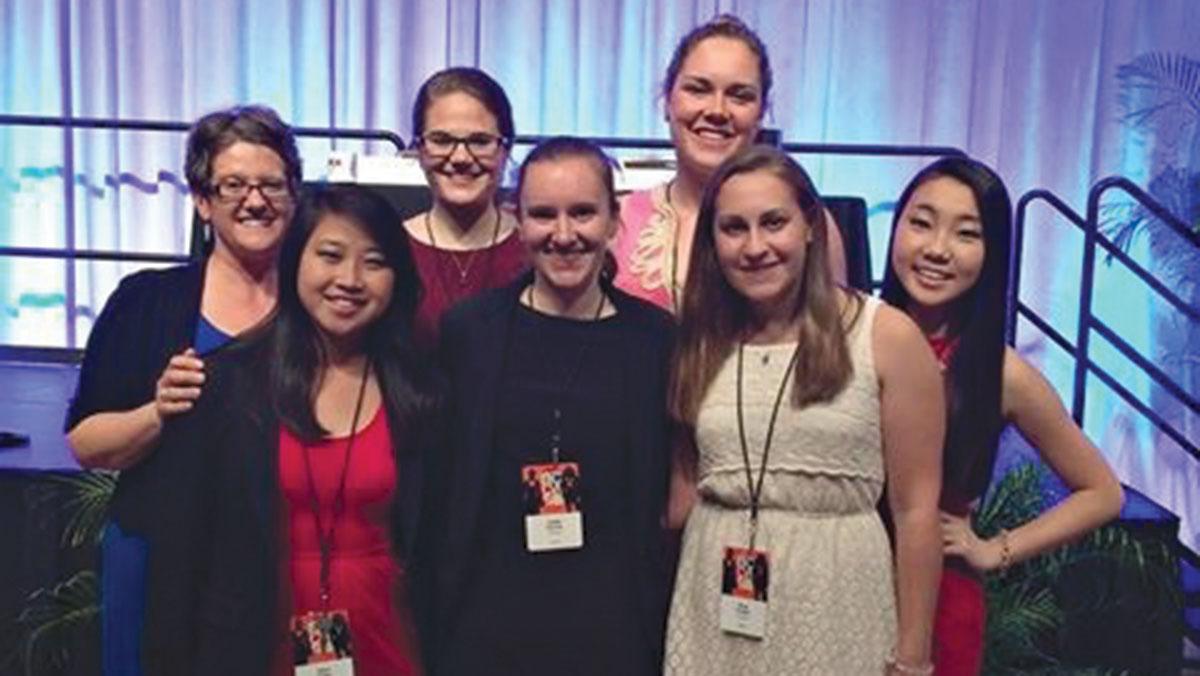 Six Ithaca College students participated in the 2015 National Conference for College Women Student Leaders on May 27–30 in College Park, Maryland, including sophomore Emily Campagna. At the conference, the students were able to learn about women’s leadership issues from a number of speakers, like well-known activists, politicians, journalists, entrepreneurs and scientists. The six women were among 1,000 students selected to attend the conference from colleges and universities across the United States and two other countries.

At the conference, Campagna represented the college at the national Elect Her workshop, a program intended to encourage young women to run for public office on campus and in the community. Opinion Editor Natalie Shanklin spoke with Campagna to discuss what being a female leader means to her.

Natalie Shanklin: Why did you decide to participate in Elect Her and the NCCWSL conference?

Emily Campagna: I originally went to Elect Her on campus to fulfill [Student Leadership Institute] credits for my Leadership Scholarship, but I didn’t realize what would be entailed with that. So I went, and they taught us how to hold leadership positions and be confident with who you are in that position, and they basically told us that women actually can hold leadership positions. … [Then when I went to the NCCWSL conference] I didn’t know what to expect … we went to one interview [workshop] where they taught us how to approach an interview. … Then we went to different stations on how to network and stuff like that, so I learned a lot of different life skills within that category.

NS: What were some of the most important things you learned at these events?

EC: Be confident with who you are, and don’t be afraid to talk to people because you never know what exactly you might learn or who you might meet. … I want to be a physical therapist for the Olympics, so I talked to someone who managed Nike, so that was really cool to have those affiliations with the Olympics, so you never know who you might meet or who they might know and what opportunities you can discover as a result of that.

NS: What female leaders inspire you?

EC: This is random, but Sandra Bullock. I think she’s a really powerful woman in the movie industry and in society in general. She’s played so many diverse roles. And then I’ve always looked up to Rosa Parks in grade school just because she had the courage and the capacity to stand up for the civil rights movement.

NS: What challenges do you feel women face in becoming leaders that men do not necessarily face?

EC: I think women are doubted just based on history and how women have been seen as a lesser force in the workforce. They’re on the rise, but they still haven’t proven themselves completely, from the men’s perspective. I think it’s hard for men to accept that women are just as good, if not better at their jobs, so I think we’re just doubted and seen as not as good as men in the workforce.

NS: What do you hope to do with what you’ve learned as a female on a college campus?

EC: I definitely want to attend Elect Her again and share what I learned there, but also, just get involved with maybe a public speaking club or hold more positions myself to express different things that I learned. Also, I think that starting something like a networking club because I think that’s a very powerful skill that can make or break you almost. By meeting people and having those skills, you can have more opportunities.

NS: What feminist issues do you care most about?

EC: Definitely women’s rights in the workforce. I know they’re not set in stone, but some companies would hire a man over a woman, so equality in the workforce is definitely one of the bigger topics that I’m passionate about.