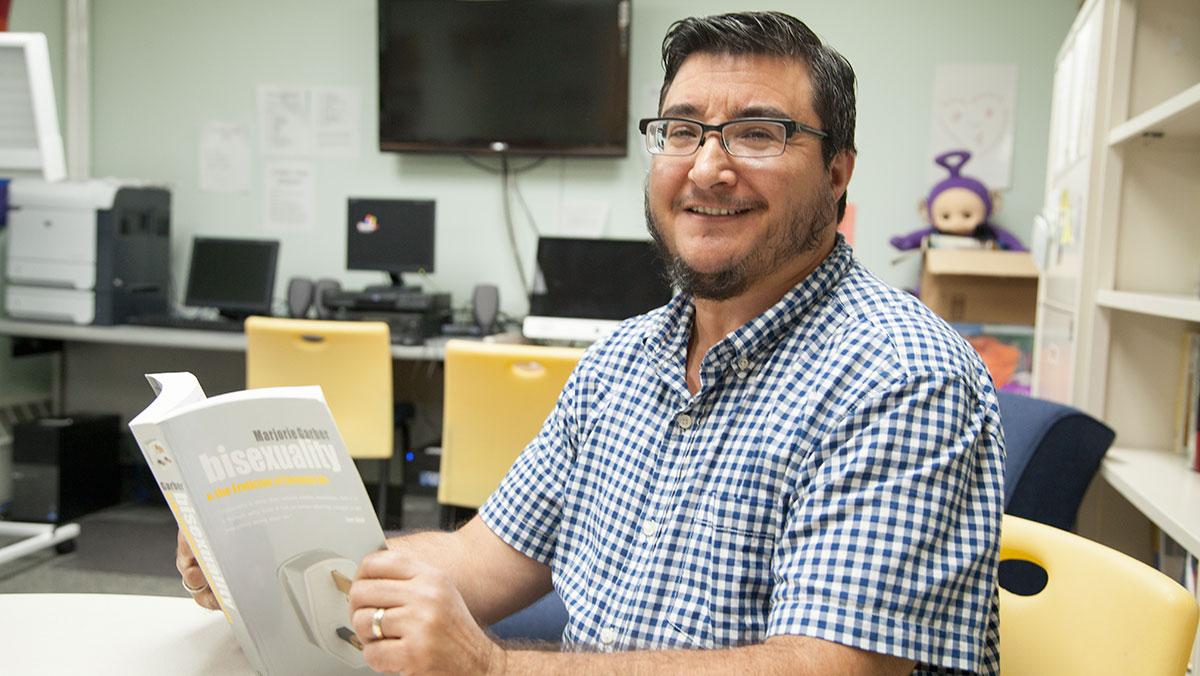 This is an excerpt from a chapter written by Luca Maurer, director of The Center for Lesbian, Gay, Bisexual and Transgender Education, Outreach and Services. The chapter was published in the book, “How I Got Into Sex … Ed,” a collection of personal essays written by sexuality education professionals about what brought them to the field.

Two transformative experiences shaped how I got into sex…ed. Neither was a “conventional” career path, but both were instrumental in how I became the professional I am today. Both took place while I was a teenager and continue to fuel my passion and commitment to provide accurate sex education in ways that are useful to people.

Everyone in 11th grade was required to take one semester of health to last them throughout their high school career and adult lives. The course covered the respiratory, digestive, and circulatory systems, nutrition, exercise, and just saying no to drugs and alcohol. Sandwiched in there somewhere between renal functioning and “this is your brain on drugs,” there was one class period devoted to reproductive systems, conception, and birth control. All semester I had looked forward to those 42 minutes to learn everything my parents had never told me about sex.

The night before the class, I was giddy. Not only would all my questions be answered, but an actual person from Planned Parenthood was coming to class as a guest speaker and bringing a kit full of birth control we could actually see and touch. Sure, I knew nothing would be said about people like me (people of different sexual orientations and gender identities). I was content to learn about the sexuality of heterosexual, conveniently gendered people; perhaps I could just extrapolate the rest. At the time, it had never even occurred to me to expect more — the possibility to be acknowledged, respected … named even.

It was a budding baby sex educator’s dream … until I woke up that morning with the most virulent case of the flu I had ever had. Try as I might, I couldn’t get myself upright or stop throwing up for more than a few minutes. I tried — I was determined not to miss that class! But in the end, I wound up staying home sick, on the couch all day watching Match Game and $10,000 Pyramid. I was devastated. And I was probably the only kid ever to be so upset about watching TV all day instead of going to school. My one chance to learn about sexuality was sabotaged by microbes and bad timing.

A lot of folks can remember messages they received from their family about sexuality. The overwhelming message I received from my parents ­— crickets. Complete silence. Nothing to see here, move along. No, nope, la la la la, we can’t hear you! This absence of a message — even in response to my direct questions from the time I was small through my adolescence — encouraged, even compelled, my curiosity and my determination that no one else would experience this eerie void of information. So, to the parents out there: If you want to avoid raising a child with career aspirations of becoming a sex educator, make sure you talk early and often about sex!

I made it all the way to college without any information whatsoever about sex. I threw myself into all the quadrants of college life — studying, friends, dating, drinking. Somehow, even without Internet or apps, we sexually and gender diverse folks managed to meet and form a community. […]

Luca Maurer is the director of the The Center for Lesbian, Gay, Bisexual and Transgender Education, Outreach and Services. His email is lmaurer@ithaca.edu.